House Cleansings Gone Wrong and How to Avoid Them

I’ve done it. You’ve probably done it, or asked someone to do it for you.

You moved into a new house, apartment, dorm room, or office. Or you were getting ready to move in. Or something was bothering you in your current space. So you broke out the sage1 and salt water, the bell and chime, the incense, and your favorite prayers.

House cleansing and blessing is Wicca 101 stuff. It comes very early in the OBOD lessons. It’s not even restricted to Pagans – Christians and Buddhists do it too. It’s a good and effective way to make your living space clean and safe. It’s a way to make it yours. 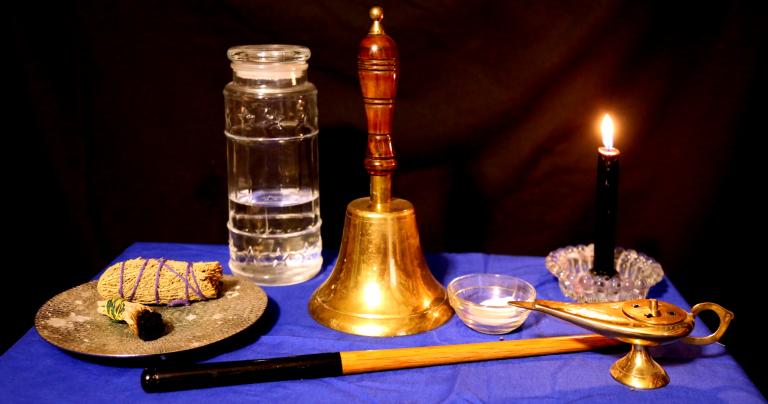 But sometimes we end up doing more harm than good. We think we’re spraying Roundup on the weeds and we end up killing half the garden (don’t ever use Roundup – it’s evil).

I once visited a friend who had been doing some cleansing work on their house. It was time for one of my regular prayers, so I snuck off and began my usual prayer routine, which includes connecting to the land and the sky where I am at that moment. The sky felt fine, but as soon as I touched the land I was shocked by what I felt. Which was nothing. The land was as sterile as a hospital operating room. Here were the elements, in their directional boxes. There were the approved plant spirits, in their well-manicured beds. But nothing out of place. Nothing wild. Nothing truly alive.

House cleansings and blessings are good things, and often necessary things. But as with so much else in life, both magical and mundane, before we act we need to listen, look, and think.

The first step when you move into a new space is to listen. Who’s there? What’s there? Land spirits? House spirits? Fair Folk? Ghosts?

Is what you’re hearing and feeling a person, or is it just energy?2 If the previous occupants of a house fought all the time, the energetic remains of those fights are going to linger. Same if the occupants were angry, fearful, or filled with hate. Energies and energetic remains can almost always be cleansed away, though some are more stubborn than others.

But if it’s a spirit, it’s also a person. All persons are worthy of basic dignity and respect, which means we don’t go evicting them without at least listening to them.

Listen. If you’re not sure what you hear, go to divination. If your divination is unclear, you may need to call in some help. But understand what and who you’re dealing with before you begin your cleansing. 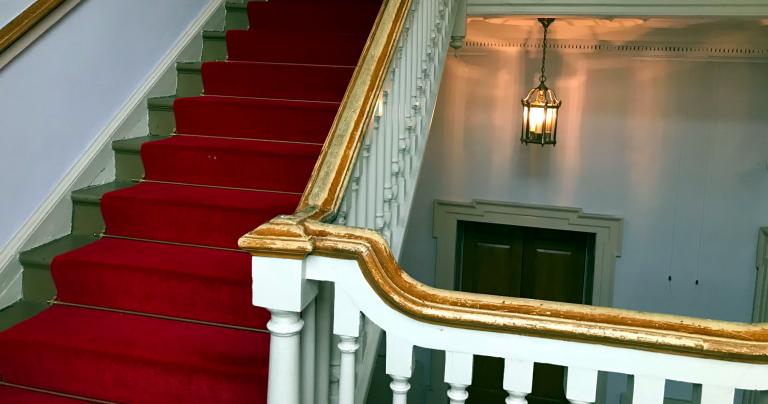 Unless who or what you hear or feel is malevolent, introduce yourself. Be careful about giving your true name (to know someone’s true name is to have power over them), but give the spirits of the place something to call you by. You can tell them you’re a Druid or a Witch or a Nature-lover, but don’t expect them to take your word for it. They’ve encountered duplicitous humans before and they’re likely to be skeptical.

Let them know what you’re doing, how you’ll do it, and how long you’ll be there. Let them know you want to live together in peace and honor. Then make a generous offering of food and/or drink.

As with all your dealings with other persons – human and other-than-human – do not promise what you will not or cannot do.

If your listening and divination tells you that a spirit of a dead person is in your new space, treat them with special care. The dead tend to not be very talkative – unless you have that special “gift,” in which case you’ll have trouble getting them to shut up… but you don’t need me to tell you that.

Don’t assume they need to “go into the light.” Maybe they have unfinished business here – and maybe they need your help finishing it. If they were particularly proud of their house they may want to make sure you’ll take care of it. Having a protective spirit in your house can be a good thing. Just remember to treat them as a fellow person and not as a servant. The world runs on reciprocity.

Moving is one of the most stressful activities in life. It’s not as bad as the death of a loved one or a job loss, but it’s not too far below it, particularly for those of us who like to “nest.” Is the move causing you to be anxious? Is it causing conflict between family members? Or possibly, exacerbating existing conflicts?

Sometimes places we think are unwelcoming are just mirroring our own anxieties.

Before you start banishing spirits, first make sure you don’t have unresolved issues you’re not dealing with. Fix yourself first. 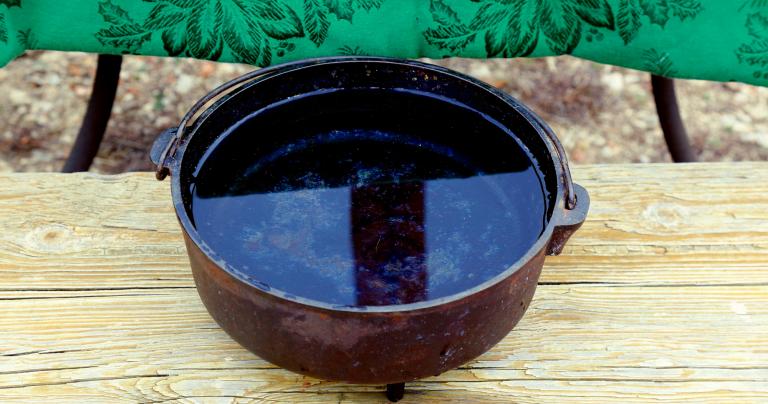 Other things to look for

It’s the same with troublesome spaces. We tend to assume any problem is either residual negative energy or a lingering human spirit. And we think that with good reason, because the majority of the time that’s what it is. But not always.

Perhaps there was trauma on the land on the past: maybe previous owners dumped toxic waste on the ground. Perhaps your house is “in the way” of the Fair Folk and their processions. Perhaps there has been magical work on the land and there are still wards in place. People often jump to the conclusion that there’s an open portal – that’s possible but it’s extremely rare.

And while the “old Indian burial ground” is a cliché, remember that most places in this country were previously occupied by people who were not dealt with honorably and in many cases were violently removed. Dealing with that sort of trauma is beyond the scope of this post, but understand that it can happen.

Listen. Look. Use all your senses. Use divination. Do mundane research. Call in experts. Diagnose the disease first, then figure out what treatment you need.

There are many different house cleansing and blessing rituals available in books and on the internet. Choose one appropriate for your tradition.

If all I’m dealing with is energetic remains (and the vast majority of the time it is) I start with a brief grounding and centering meditation, then a prayer of invocation to the deities I’m in close relationship with. Then I make three passes through the house.

The first pass is for cleansing. Ideally this is done with three people: one breaking up the energy with sound (bell or chime), one cleansing with smoke, and another cleansing with salt water (various magical traditions have their own recipes).

The second pass is for blessing. Use pleasant-smelling incense while offering prayers for blessing and protection.

The third pass is for warding. I use a wand to draw pentagrams over all the doors and windows and charge them to keep out any and all who would do harm to the house and those in it.

I close with prayers to the appropriate deities for their blessing and protection, and finally with prayers of thanksgiving to those who assisted in this rite and who will assist going forward.

Most times this works. For a while, anyway. You probably took a shower and put on clean clothes this morning, but after a day or two you’ll need to do it again. How often you need to cleanse your house and recharge your wards depends on what’s going on in and around your life. If you can’t remember the last time you did it, it’s probably time to do it again.

But sometimes that’s not enough. It makes things better for a day or two, but then the trouble is back. Or it doesn’t work at all. Or your listening and research tells you there’s something going on that’s beyond your expertise.

Time to call in an expert. Look for someone who’s done this a lot. Someone whose magic you trust. Someone with powerful allies in the Otherworld.

Most times that’s your local Witch. Sometimes it’s a polytheist priest. Some Druids are really good at this – others aren’t. There is no Angie’s List for spirit workers – you’ll have to ask around.

Expect to pay them, either in cash or in trade. Unfortunately, there are still scam artists in this business. If they quote a price that strikes you as excessive, get a second quote. But if what they charge is in line with what a plumber or an electrician would charge for a similar amount of time, smile and say yes.

One size does not fit all

House cleansing and blessing is a good and necessary thing. Most times it’s not difficult work – you can probably do it yourself.

But before you begin, listen. Look around. Do some research. See what’s going on, and then think carefully about how to proceed.

And whatever you do, resist the urge to break out the Big Bad Banishing magic unless you’re sure that’s what’s needed. 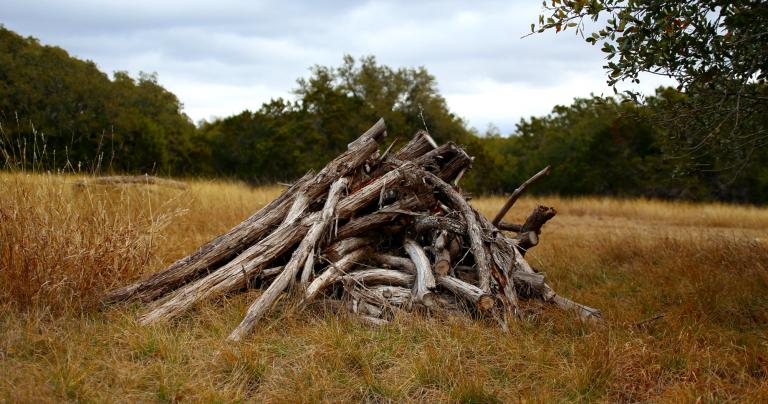 1 Sage is a plant native to the Western United States that has cleansing properties. Burning sage is not cultural appropriation – burning sage in Native American ceremonies when you’re not Native American is. Choose your ceremonies mindfully. Also, white sage is currently very popular and is being over-harvested. Consider using other sages, or other cleansing herbs or woods local to you.

2 It is probably incorrect and certainly imprecise to call this “energy” since it isn’t radiation, gravity, sound, etc. But whatever it is, it behaves like energy and it can be manipulated like energy. That’s the common term in the wider culture, so I use it here. 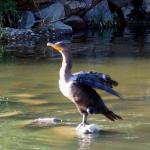 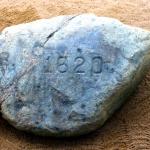 November 6, 2018 Pagans, Dominionists, the Fair Folk, and the Spiritual Battle for America
Recent Comments
0 | Leave a Comment
"That is not at all the sort of religious school John is talking about. We ..."
MadGastronomer Religiously Affiliated Colleges Need to Decide ..."
"It may be that the unaddressed contradictions and hypocrisy of things like slavery and racism ..."
kenofken An American’s Thoughts on the Death ..."
"I’m not sure that a Pagan university would have to be tightly tied to religious ..."
kenofken Religiously Affiliated Colleges Need to Decide ..."
"I disagree that it has to be either-or.I’m from Belgium, and for historical reasons, a ..."
WanderingDruid Religiously Affiliated Colleges Need to Decide ..."
Browse Our Archives
Related posts from John Beckett