What You Can’t See Can Hurt You

The Calvinist idea that success is a sign of divine favor is dead wrong. It’s bad theology and it doesn’t hold up to even a casual examination of how the world actually works. I’m pretty sure most Pagans agree with me here.

But too many of us throw the baby out with the Protestant bathwater. We go 180 degrees in the other direction and assume that both our successes and our failures have nothing to do with our religious practices. This is also wrong, both from a religious perspective and a magical perspective… and it can be dangerous.

This is odd, considering how many Pagans like to quote the Threefold Law: whatever you send out comes back to you three times over, good for good and ill for ill. And we like to talk about karma, especially when something bad happens to someone we don’t like.

I see no evidence the Threefold Law works as described, and the modern Pagan usage of “karma” is very different from its Dharmic roots. Still, cause and effect is real, even if the way we think about it isn’t as precise as it could be.

In an animist worldview that acknowledges the personhood of every spirit, creature, and natural force in the universe, the idea that how we relate to and interact with Gods, spirits, and other humans has no impact on our lives isn’t just wrong, it’s dangerous.

There are three major errors we need to address. 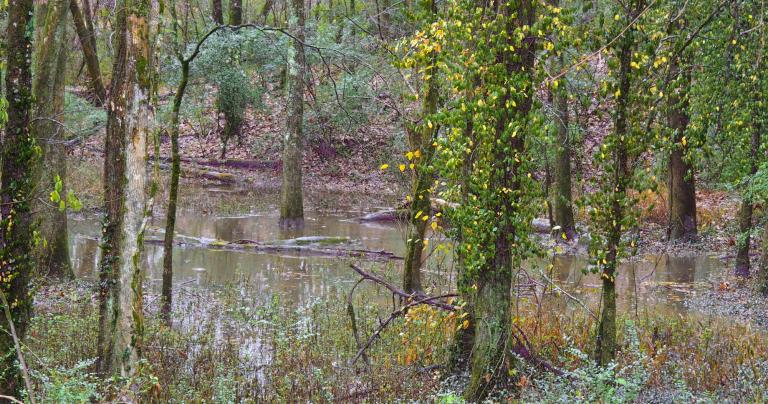 This error has two branches. The first is that ghosts and spirits, the Fair Folk, and even Gods can’t hurt us because we’re too strong for them to affect us. This is hubris – and also a lack of clear thinking. The wind and the rain can hurt us. Animals and plants can hurt us. Other humans can hurt us, and despite the old rhyme about “sticks and stones” they don’t even have to touch us to cause us harm. If all these things can hurt us despite our considerable strength, it stands to reason that other living things can hurt us too.

The second branch of this error says they can’t hurt us because they’re not really real. This usually isn’t stated so explicitly. It’s more like “they can’t do anything to you that you don’t let them.” If you’re a materialist, I suppose this makes sense. But if you’re an animist or a polytheist, it makes no sense at all. The Gods are real. The spirits are real. They have sovereignty and agency – they can and do act independently of humans. And their goals are often at odds with ours.

Otherworldly beings can hurt us, and sometimes they do.

If the first error is grounded in hubris, the second is grounded in naiveté. The Gods only want the best for us. The fairies are here to help us. Demons are just misunderstood spirits.

Want something contemporary? Read Morgan Daimler’s experiences with the Fair Folk, and some of the things they’ve done to her – and she’s their priest. Courtney Weber made a promise to Brigid and watched her life go into turmoil until she fulfilled it. I do my best to stay on the right side of the Gods and spirits I work for and with, but I’ve had my own share of “reminders” and warnings of dire consequences if I break my word.

Unlike some fantastical New Age beliefs and the pseudo-Christian prosperity gospel, polytheism recognizes that life isn’t all about us. Gods and spirits are their own persons, and if we find ourselves in opposition to them – or in some cases, simply in their way – they can and will hurt us. 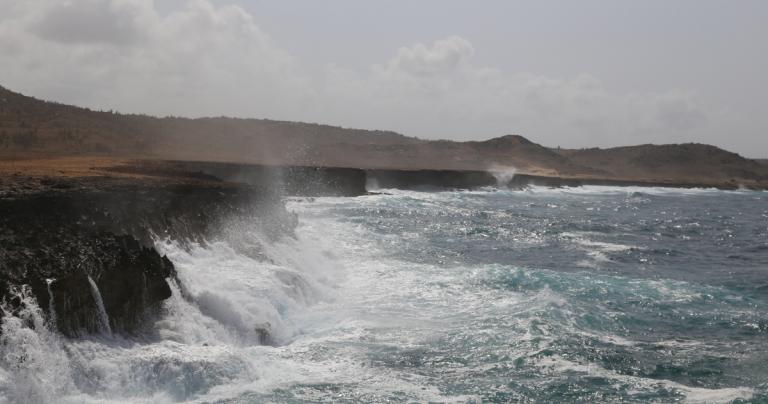 In my earliest baby Pagan days, I was taught to add a disclaimer to all my workings: “I do this for the good of all with harm to none.” Intention was everything, and if my intention was good then my spell would only bring good results.

I think all of us have a memory from childhood where we were confronted by an angry parent and a crying sibling or friend and we said “but I didn’t mean to hurt them!” Sometimes we were actually telling the truth. It didn’t matter. Whether the root cause was malice or carelessness or ignorance, they were still hurt. Intention matters, in part because it sets us on a journey toward a goal and in part because we recognize the difference between malice and carelessness even if our pain is the same either way. But what we actually do is far more important than what we intend to do.

Whether you work magic by the intercession of Gods and spirits, by the manipulation of unseen forces, by psychological programming, or by some combination of all three, what you do is not safe, and no magical disclaimer can protect you from the effects of the forces you set in motion.

So if Gods and spirits can hurt us and may very well hurt us, how do we avoid getting hurt?

The first thing is to know who – or Who – you’re dealing with. As we discussed in House Cleansings Gone Wrong and How to Avoid Them, there’s a big difference between leftover energetic remains and a spirit that may or may not need to move on to the Otherworld. You may be able to banish a lesser spirit who’s bothering you, but if a God is bothering you, best to start figuring out what They want.

Remember that while the Gods are always virtuous and the Fair Folk either cannot or will not lie, lesser spirits can and do lie – including lying about who they are. Just because a spirit tells you they’re the Morrigan doesn’t guarantee you’re dealing with the Great Queen. Discernment is required.

Know who and what you’re dealing with and respond accordingly.

Is that phrase redundant? Perhaps. In any case, we generally think of reciprocity as a good thing: “I give so that you may give, so that I may give again.” You do me a favor, I do you a favor. I work for you, you pay me a decent wage.

But reciprocity also works in the other direction: when you do something bad to someone else, they have a tendency to do something bad to you. We like to talk about how an eye for an eye just makes everyone blind and how we need restoration and reconciliation… until somebody does something that harms us. Then we want “justice”… which usually means vengeance.

Other persons – including persons we can’t normally see with our physical eyes – are not so unlike ourselves. The Fair Folk in particular are known to take heavy vengeance on those who insult them or who don’t keep their bargains. Intent or extenuating circumstances don’t matter. The Gods are virtuous, but “virtuous” doesn’t always mean “forgiving.” We put ourselves in great dangers when we assume that They play by our sense of ethics and morality.

Never summon what you can’t banish

I’m only tangentially following the grimoire revival – it’s really not my thing. But I’m following it closely enough to know a lot of people are experimenting with the kind of magic that would have gotten them burned at the stake a few hundred years ago.

Good for them. The world needs more magic, and given what I see about how humans (especially humans in power) treat other humans, I don’t think a few more demons in the world is going to make much difference.

But a few more demons roaming the world is one thing. A demon you summoned into your house and can’t get rid of is something else – something rather personal.

My experience with demons is more than zero, but not by much. I’m not an expert so I’m not going to tell you how or if you should deal with them. I’m simply going to repeat what I was taught a long time ago: never call up what you can’t put down. 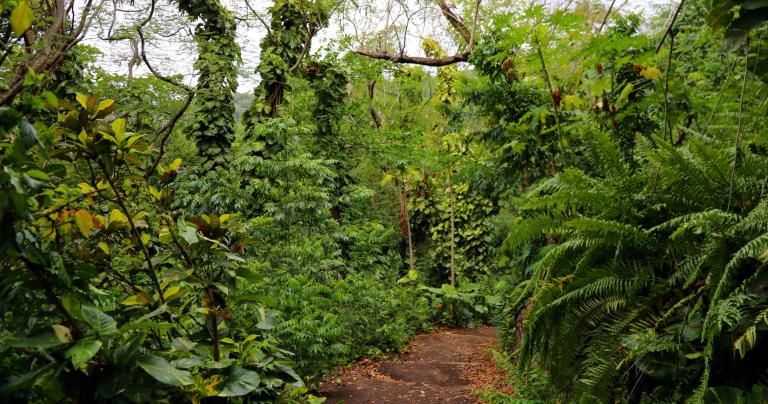 When what you can’t see hurts you

When something bad happens, most times there’s a perfectly mundane reason. When we run into a string of bad luck it’s generally just a few mundane problems that happen to hit in close succession. Even things that seem like fate are usually just the cumulative consequences of the choices we make.

And then there are the times it’s not.

Honestly, when this happens I tend to be rather slow getting the message. But when things keep happening and there’s no good ordinary explanation, what’s left is an extraordinary explanation. Then I break out the divination tools and they confirm what I didn’t want to believe in the first place.

If you caused the problem, make it right. If a God wants your service, start negotiating. If you’re getting magical or spiritual interference, do a good cleansing and then re-charge your wards and shields.

If it’s something you can’t figure out, or something out of your area of expertise, call in some expert help. Don’t forget you have allies in the Otherworld, particularly if you maintain good relations with them in ordinary times.

You do honor your ancestors and other spiritual allies on a regular basis, don’t you? If not, start now, before you need their help.

Success is not the sign of divine favor and hardship is not the sign of curses and demons – except when it is. Know who and what you’re dealing with. Be polite and keep your word. Be careful what company you keep. And when a problem has a spiritual cause, find the right spiritual solution.

This post was written for people with a magical, animist, and polytheist worldview. If you share those foundational assumptions but disagree with what I said here, I want to hear from you. But if you’re going to attack this post from a materialist perspective, don’t bother – your comment will be deleted without warning. 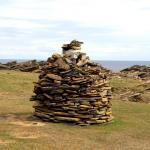 December 13, 2018
Don’t Worry Be Happy and Other Abusive Folk Wisdom
Next Post 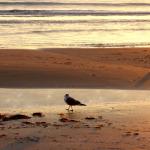 December 18, 2018 A Pagan (and Realistic) Perspective on Forgiveness
Recent Comments
0 | Leave a Comment
Browse Our Archives
get the latest updates from
John Beckett
and the Patheos
Pagan
Channel
POPULAR AT PATHEOS Pagan
1