When You Return To The Mundane World

When You Return To The Mundane World January 27, 2019 John Beckett

“The circle is open but unbroken…”

“May the blessings of our Gods and ancestors go with us…”

Our time together as Pagans is sacred time. Sometimes this is an hour on a Saturday night for a seasonal ritual. Other times it’s a weekend at a conference or a long weekend at a camp. Whether we see this as time outside of time or as time that’s sacred because it’s set aside for sacred work, it’s a special, magical time. For many of us, it’s the time we feel most Pagan.

But regardless of how long it lasts, eventually it comes to an end.

And so we go home, then go back to work or school or whatever it is that occupies our ordinary lives. We walk in knowing we have to get back to ordinary things, but hoping that the afterglow of our sacred time will stay with us for a few days.

I rarely make it to lunch before something happens to screw it all up. The boss drops something urgent and unexpected on my desk. A co-worker is out sick and I have to cover for them. Or my least favorite of all, a salesman calls with a list of orders he needs right away that he should have asked for a week ago but didn’t.

And that nice hopeful spiritual feeling I walked in with is gone, gone, gone.

As I keep repeating, you don’t have to like bad situations, but you do have to deal with them.

How can we best deal with returning to the ordinary world?

It’s always been this way

Telling someone else “shut up and deal with this like everybody else” is cold, dismissive, and ultimately unhelpful. But when you’re looking at difficult situations, it helps to put things into perspective.

Our ancient ancestors celebrated Imbolc, then went home and tried to figure out how to make their food stocks last until the next harvest. They had a lusty time celebrating Beltane, then went back to fighting Roman invaders. Our challenges are different, but they’re challenges just the same. And just as our ancestors got through theirs, we can get through ours.

As much as I wish it was otherwise, it isn’t. I walk into work knowing my calm is going to be disturbed… and also knowing I’ll get through it one way or another.

This is why you work a mundane job

Coming back to work after an out-of-town retreat is the most difficult. The further away from the mundane world you go (in both distance and in atmosphere) the harder it is to come back. Yet without my mundane job, I wouldn’t have the resources to go to the out-of-town retreats. Without my mundane job, I would haven’t a back yard to host back yard rituals in.

Very, very few people manage to be “professional Pagans.” As much as I’d like to not have to work a regular job, doing so lets me keep my religion separate from my income. I can write what I need to write and not worry that it might not sell. I can accept the requests for spiritual counseling where I think I can make a difference – I’m not tempted to take a client just because they can pay well.

That means I need a regular job to pay the mortgage, buy groceries, and buy airline tickets to Atlanta for Mystic South. And regular jobs are sometimes stressful. But we need the things they provide, so we do what must be done.

Return to the circle

That line “the circle is open but unbroken…”? Done right, those aren’t just pretty words. What you create between the worlds can linger – especially if you and others return there over and over again.

If we are truly Pagans, we are Pagans at work as much as in the circle. If we are magicians, we are magicians at work as much as in the circle. We don’t broadcast our religion, not because we’re afraid of being outed (unless you are – religious discrimination still exists, especially in privately owned companies) but because we don’t want to be the Pagan equivalent of the Christian who invites everybody to his church all the time. Still, we are what we are, and with a bit of practice we can step between the worlds any time we need.

Apply what you learned

Every ritual I’ve ever facilitated has had a “takeaway” in it – something to remember in the days and weeks to come. Sometimes that’s fairly simple, such as an Imbolc ritual where the takeaway is that Brighid a Goddess of healing, inspiration, and smithcraft. Perhaps a prayer to Her will bring a bit of peace, or the spark of an idea you need to get something done.

Retreat and conference workshops usually have takeaways, even if it’s only remembering that there’s more to life than the ordinary world. Maybe you learned a new magical technique – maybe it’s time to try it. I don’t use magic at work – except when I do. And I use shielding and warding all the time. Maybe I use more than I realize…

Applying what you learned especially applies if issues of ethics are involved. It’s one thing to deal with a legitimate emergency – it’s another thing altogether if you’re asked to do something unethical. Our rituals and conferences are a time to reinforce our Pagan virtues. If we’re asked to lie, cheat, misrepresent, or violate the laws of hospitality and reciprocity, let’s draw on what we learned to reinforce our willingness to do the right thing, even if it’s hard.

We talk a lot about religious experiences and transformation in Paganism. Most times that concerns our inner lives, and our relationships with our Gods and with our co-religionists.

Sometimes, though, that time outside of time is enough to pull us over a line. Something changes. Initiation happens – whether we wanted it or not – and we can’t go back to the way things were. We can’t be one person in the circle and another on the job.

That’s when true transformation begins. It’s not the only way – my own transformation has been far more gradual. But it happens, and experiences in rituals and retreats go a long way toward making it happen.

And sometimes you come to the conclusion that nothing short of a career change will do, and you start making plans to go back to school, apprentice to a master craftsperson, or try to make a living from your art.

Dreams of a Druid College

Five years ago I wrote this:

Part ancient monastery and part modern university, it would be a place where Druids, Witches, and other Pagans would come to learn from and with the best and brightest.

That post was mainly about trying to facilitate the kind of deep, in-depth discussions we have when we’re together face-to-face. But I still dream of a half-monastery, half -university where I could spend my days studying and practicing Paganism with no need for a mundane job. Perhaps someday such a place will exist.

Until then, I’ll continue treasuring sacred time with my fellow Pagans, and doing my best to hold on to a small slice of that sacredness when I return to the mundane world. 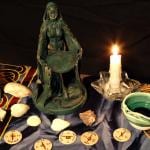 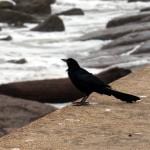