I woke up Monday morning to this on Morgan Daimler’s Facebook page:

I often joke about “this is not the hill I’m going to die on” … but I’m starting to think the “everything Otherworldly isn’t a nature spirit” thing is in fact the hill I may die on.

I feel this. Morgan has done an excellent job of explaining their position on this and I encourage you to read it. But I’ve been on both sides of this issue, and I think it’s worthwhile to tell my own story. 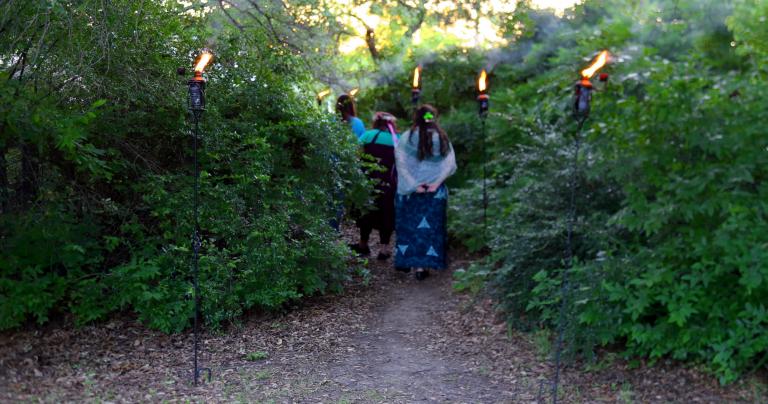 “All is One” leads to sloppy thinking

There were three major concepts that supported my early Paganism: the divine as female as well as male (I would now say “the divine as all genders”), the beliefs and practices of our ancestors, and the efficacy of magic. Those are some very meaningful concepts, but they’re also rather generic. It would take me many years to build a conceptual foundation for my Paganism.

And so I did what most of us do – I grabbed ideas where I could find them. If it felt right – and if it was different from the fundamentalist Christianity I was trying to get away from – I’d give it a try. One of the more popular ideas was (and still is) the idea that All is One.

Certainly we are all part of the same Whole. Clearly we are all related, and I think we are all connected at some level or another. But I’m not you, you aren’t the tree in my front yard, and that tree isn’t the planet Mars.

“All is One” sounds nice and to the extent that it leads us to think globally, it’s not a bad thing. But it makes it far, far too easy to lump things together that don’t belong together… and in doing so, to ignore the differences that make us unique.

I didn’t stay in this mindset very long, but if you read some of my earliest blog posts you’ll see it occasionally popping up.

A three-part view of spirits

About the time the problems with the All is One philosophy started to become apparent to me, I found ADF, which teaches that there are three Kindreds: the Gods, the human dead, and the spirits of Nature. Intuitively, that made sense.

One of the difficulties, though, is that ADF is orthopraxic (“right action”) not orthodoxic (“right belief”). Their definitions and boundaries are deliberately vague. I can’t argue with that – as I’ve said many times, if you honor the Gods I don’t much care what you think about the Gods. And beyond that, if Paganism is to be a nature religion (in part if not in whole), then we should honor the spirits of nature.

But some Gods are deified humans. Some Gods are the spirits of natural forces. Can we really draw such clear boundaries around spiritual beings?

The biggest problem with the three-part model is that we know what a Gods is (kinda sorta). We know what an ancestor is. What’s a nature spirit? By this model, it’s anything that isn’t a God or a dead human. And that means we’re combining elemental spirits that may not even be sentient (though I think they are, to a certain extent) with beings that are older and in many ways more powerful than us, such as angels, demons, and the Fair Folk.

At the least, that’s inaccurate. It’s also disrespectful… and some of those persons don’t take kindly to being disrespected.

Yes, we’re all “nature spirits” but…

If you want to be pedantic, yes, we’re all part of nature, from the greatest deity down to the simplest elemental spirit, including living humans and other animals, the spirits of natural forces, and spiritual beings that existed long before the Earth spun into existence. Even if the Otherworld is completely separate from the ordinary world (I have mixed thoughts about that), the fact that we can interact with it means that both worlds are part of a greater universe – or possibly, a multiverse.

But when people say that the Fair Folk and their counterparts from other lands are “nature spirits” that’s rarely what they mean. They mean that an elf is like a tree spirit, a dwarf is like the spirit of a mountain, and a redcap is like… well, I’m not sure what a redcap is supposed to be like, but it’s supposed to be something nice and pretty and safe. Which redcaps aren’t. 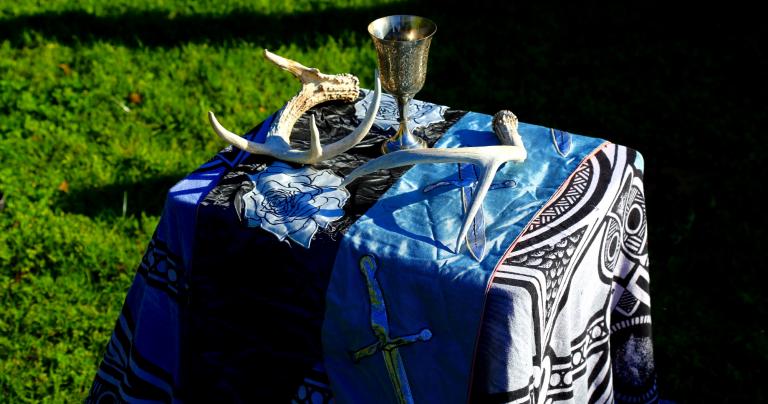 Our ancestors didn’t see them as nature spirits

Read the stories our not-so-distant ancestor told about the Good Neighbors. They described them as men and women, often of unusual but not extraordinary appearance, and frequently dressed out of date. But they described them using human terms – many of them could pass for human, some without using glamours.

That doesn’t sound like a “nature spirit” to me.

As Morgan Daimler has pointed out before, while most of us conceive of fairies and such as spiritual beings, our ancestors saw them (sometimes literally) as persons with bodies, similar to us if not exactly like us. The fairy dog I saw last year had a body like an ordinary dog… except it wasn’t an ordinary dog.

I’m reimagining Paganism for our world, not trying to reconstruct the Paganism(s) of our ancestors line by line. But their beliefs and practices provide the foundation for mine. They didn’t think the Fair Folk were nature spirit, and although it took me a while to get there, neither do I.

Starting around 2012 I began to read about the Fair Folk with more regularity… and I began to experience their presence. We occasionally honored them in ritual, but only occasionally.

Beltane 2016 may have been the first time we explicitly invited the Fair Folk as part of our formal liturgy. We had mentioned them before and they had shown up on several occasions, but if my memory is correct (and if it’s not, it’s not off by much) this was the first time we invoked land spirits, ancestors, Gods, and the fae in four separate invocations.

The ritual was an overwhelming success. But Themselves decided we hadn’t been sufficiently generous and helped themselves to an entire pitcher of wine.

The wine was for our simple feast. Before the ritual we poured it out of bottles into a glass pitcher and set it on a table near the main altar. It sat there for at least 30 minutes, maybe longer. And then at one point in the ritual, with nothing going on around the table, the pitcher simply split, like what happens when you pour cold water into a hot glass. Except there was no sudden change of temperature anywhere.

If you attended the Morrigan Devotional Ritual at Mystic South last year or at Sacred Space this year, you saw some fairly standard invocations – particularly if you have any experience with ADF’s Core Order of Ritual. We invited the spirits of the land where we were to join us. We invited our ancestors of blood and of spirit. Of course we invited the Great Queen, who was our Guest of Honor. But we also had a separate invocation for the Fair Folk. We honored them as our Good Neighbors, for as Robert Chambers wrote in 1842 “If good neighbor you call me, then good neighbor I will be.”

The stories of our ancestors tell us they are proud people who do not tolerate slights and disrespect. They seem pleased with this change.

Attempts to lump them in with spirits of the land and of natural forces is inaccurate, unnecessary, and unwanted. They are the Fair Folk. That is how I understand them, and how I will relate to them.

You, of course, must do as you think best. Best of luck to you. 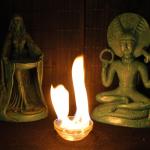 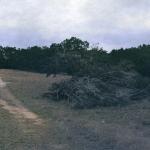