Building the Pagan Institutions We Need Now May 26, 2019 John Beckett

The first group said “yes, we need institutions like temples and professional clergy and we need them as soon as we can get them.

The second group said “we’d like to have institutions like these, but Pagans will never be willing and/or able to financially support them.”

The third group said “we’re doing just fine without these things, we don’t need them.”

And there was the inevitable fourth category: people who commented without reading. These were the “I hate the Catholic church” comments. Clearly they missed the paragraph where I listed the most egregious sins of the Catholic church and then said “none of that is the point here.”

The diversity of approaches in the three groups illustrates a point I’ve tried to make several times over the years, including this presentation at the 2015 Many Gods West conference:

Build the institutions we need right now and not the ones we think we might need 10 or 20 or 50 years in the future.  “If you build it they will come” was a great movie line but it’s an ineffective way to build a religion.

What do we need now?

And first, what are the things we need to take into consideration when we’re trying to figure out what we need to build here and now?

How big is your Paganism?

And by “how big?” I simply mean how many people are in your local group?

If your particular flavor of Paganism is based on solitary practice or on covens of 13 or less, you’re probably fine working in your living room or back yard. It’s big enough, it’s private, and most importantly, you’ve already got it.

If your Paganism is based on facilitating public rituals for 50 or more people eight times a year, living rooms and back yards won’t cut it. They aren’t big enough, and you really don’t want to invite complete strangers into your home – much less post public advertisements with your name and address.

The same thing is true for clergy services. If you need someone to officiate a wedding or provide spiritual counseling, you’re probably going to turn to your covenmates – and they’re going to turn to you. If you’re in a larger group, you’re going to want someone with good clergy skills. And if you happen to be that person with good clergy skills, you’re going to get requests for your time and services that may exceed what you can provide on a volunteer basis – you know, after you finish working your day job and taking care of your family and all that stuff.

How inclusive is your Paganism?

We expect that inclusivity is a given in a Pagan group. If it’s not open to everyone regardless of race, class, sexual orientation, and gender identity, then it’s unethical and we don’t want anything to do with it. But how commitment-inclusive is your Paganism?

Unlike the other criteria, there are no ethical absolutes around commitment-inclusiveness. If you’re in a coven or a similarly structured small group, it’s generally expected that you’ll be at all the coven activities, and if you aren’t there’s a good reason. No-show more than a few times and you’ll likely find yourself removed from the group.

But what if you don’t want to make that kind of commitment? Maybe you have other obligations, or maybe you just want a place where you can celebrate the high days.

Does your Paganism have room for the Pagan equivalent of Christmas and Easter Christians? That’s fine if it doesn’t – groups with high expectations tend to last longer. But where can the Beltane and Samhain Pagans find a home?

Small groups where everyone has a similar level of commitment generally don’t need a lot of infrastructure. Large groups where a few dedicated people serve the needs of others need a lot more.

What specific needs does your Paganism have?

One of my first goals as a baby Pagan all those years ago was assembling a set of magical tools, which all the Wicca 101 books told me I needed. I also remember occasionally coming across people who insisted “the only tool a witch needs is her body!”

Who’s right? It depends on what kind of witchcraft or Paganism you’re practicing. Kitchen witches take pride in using what they already have in their kitchens. Meanwhile, ceremonial magicians warn us to exactly follow the rubrics of the workings as described in the grimoires, even if it doesn’t seem like it’s necessary.

Simplicity in religion is a good thing, and there’s something to be said for dancing naked under the full moon, either metaphorically or literally. On the other hand, Paganism is best when it appeals to all our senses – I hate to see it reduced to a magical version of New England Congregationalism.

I’m a polytheist who can speak with my Gods anywhere at any time. But building and maintaining shrines is very helpful in honoring the Gods and keeping Them in the forefront of my mind and my life. This cabinet-top shrine is perfectly adequate for my personal practice. 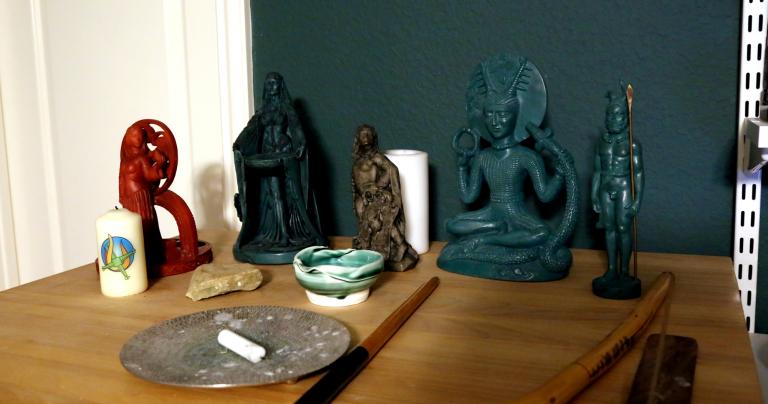 In group practice bigger is better. My group doesn’t need a marble temple with a 42-foot tall statue like the Parthenon. But it would be good if everyone in the ritual could clearly see the statues, no matter where they’re sitting or standing. Bigger statues need bigger shrines, and bigger shrines need bigger places to keep them when you’re not doing public ritual.

Does that mean temples? Not necessarily, but it does point toward the need for dedicated physical spaces – ideally not in someone’s home where only the people who live there have regular access to them.

What will the Pagans in your Paganism support?

We can talk about the shortcomings of capitalism and the need for economic justice – and we should – but the fact remains that this is the system we live in, and will likely be living in for generations to come. Unlike our pre-Christian ancestors, we will never get state money to build temples (which is a good thing, for many reasons). Whatever infrastructure and institutions we build, we will have to build it ourselves.

We have enough people. What we don’t have is a tradition of sustained significant giving. I’m not talking about dropping a five or a ten into the basket after circles. I’m talking about monthly pledges and donations the size of your cable bill, and more for those who can afford it.

What we also don’t have that our ancient ancestors had is a tradition of wealthy patrons sponsoring shrines, temples, priesthoods, and other institutions. Do we even have any wealthy people in the Pagan community? I know a few – a very few. There are probably others I don’t know about, because they quickly pick up on our dysfunctional ideas about money and either keep their mouths shut, or decide they’d be more at home in another religion.

To be clear: I do not think we should become “respectable” to make rich people feel better. I do think we should welcome everyone who comes in friendship regardless of the size of their bank account, whether it’s very small or very large.

What will the Pagans in your Paganism support?

What does your Paganism need here and now?

The question of what you need that you don’t already have is a tricky one. If you don’t have it now and you’re doing OK, do you really need it? Do we really need everything our Christian neighbors have? (answer: no)

On the other hand, if we never grow our institutions and infrastructure we will forever be limited to what we are today. How broadly could we spread our values and virtues if we could move out of back yards and rented buildings and into our own spaces?

Remember that not all institutions are physical. What priesthoods and religious orders do we need? Can we build a Druid college, not as a place for education but as a network of collegiality to share ideas and practices?

I encourage you to discuss them with the other members of your traditions. Throw out ideas. Debate their merits and demerits. See what resources you have, and how you can increase them. Run small-scale pilot programs. Most importantly, talk about what works well for you and what doesn’t. We may be different flavors of Pagans in different Pagan traditions, but we aren’t so different we can’t learn from – and with – each other.

Paganism will be around in one form or another for centuries to come. Let’s do what we can to make it as robust and fulfilling for the generations that come after us. 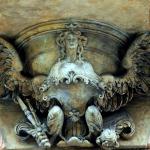 May 23, 2019
Defeating Imposter Syndrome with Observation and Determination
Next Post 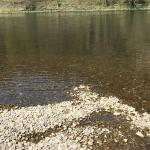 May 28, 2019 15 Roles of Pagan Priesthood – How Many Is Too Many?
Recent Comments
0 | Leave a Comment
Browse Our Archives
get the latest updates from
John Beckett
and the Patheos
Pagan
Channel
POPULAR AT PATHEOS Pagan
1