The Hard Cure for Conspiracy Theories

Conspiracy theories may very well be the downfall of civilization. They’re certainly an impediment to dealing with the current pandemic, especially when the President of the United States promotes them, either for political expediency or because he actually believes them.

We expect conspiracy theories from the fringe right. Unfortunately, our friends on the left aren’t immune to them. Here’s a link to a long essay on Medium titled The Red Pill Overlap – Why New Age Yogis Have Swallowed QAnon Conspiracies by Julian Walker.

Many yogis, ecstatic dancers, bodyworkers, meditators — you know, people focused on health and well-being, are all clogging my social feeds these days with the ever morphing paranoid conspiracy theories.

The forces of anti-knowledge in our culture are winning. So, friends, philosophers, spiritual seekers, optimists and caregivers, people who have not given up their brains to the madness of crowds: what should we do?

It’s something I’ve been thinking about for a long time. There is no easy answer.

The only antidote I have for the red pill crowd is authentic mysticism. That’s a hard path, and an even harder path to sell. But it’s all I’ve got.

I’ve made my disdain for conspiracy theory known for quite some time. But I think I’m finally ready to talk about them in more detail, in hopes of understanding them, and in hopes of offering an alternative. 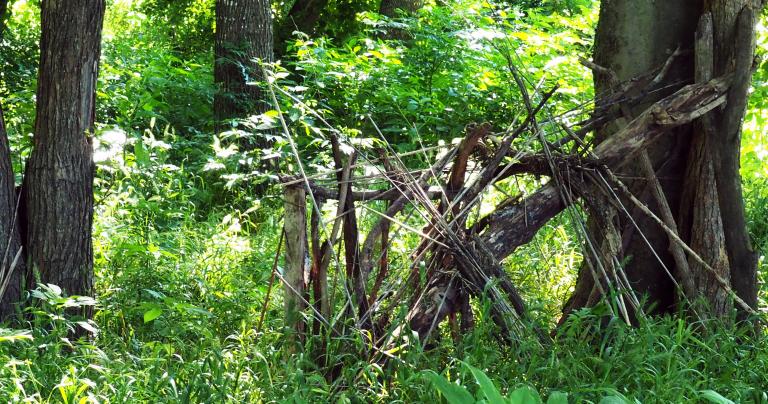 A demand for simplicity

For every problem there is a solution that is simple, neat – and wrong.

At the core of all conspiracy theories is a demand for simplicity in the face of complexity. The proposed conspiracy may be incredibly and implausibly complicated, but it always leads to one simple root cause. And the one simple root cause is usually something the conspiracy theorist already thinks is true (“ ‘those people’ are the cause of all our problems”) or desperately want to be true (“aliens from outer space!”).

This is the problem of so-called “intelligent design.” The evidence for evolution is overwhelming, but it’s not simple, and it requires an appreciation of deep time. Rather than accepting the reality of the process, fundamentalists jump to the simple but wrong conclusion that their God designed every species in their current form… which is what they wanted to believe in the first place.

Life is beautiful and magical, but it is very, very complicated.

A lack of scientific knowledge and analysis

Too many people appear to have slept through high school science classes. And history classes, and economics classes, and pretty much every subject they took. Ignorance is no virtue. Too often the phrase “think for yourself” really means “ignore the work of people who understand this subject far better than you do.” Julian Walker says this

is driven by an in-group emotional conviction that all experts, career public servants, scientists, government agencies, and the “mainstream media,” are part of a complicated, evil, miraculously co-ordinated yet conveniently vague and ever-morphing plot.

But possessing knowledge is only part of the solution – a lot of conspiracy theorists are very intelligent and very well educated. You also have to be able and willing to apply that knowledge in a rational manner.

And that means being extremely cautious with “connecting the dots” – especially when those connections lead to conclusions that are overly simple and/or implausible. 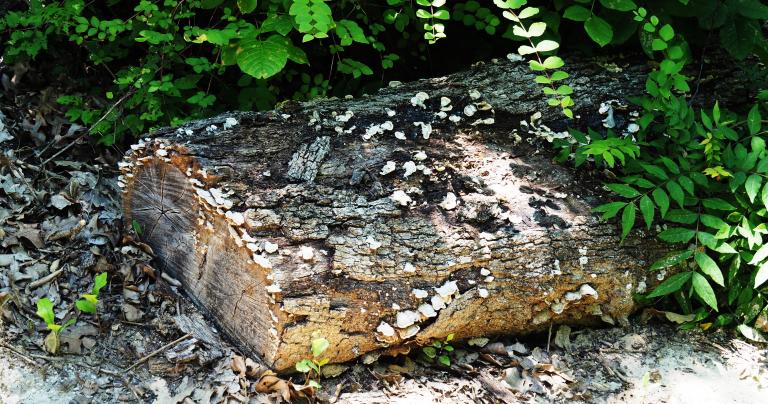 A search for meaning

Conspiracy theories are attractive not just because they tell us what we want to be true. They also provide meaning – they let us feel like we’re in on a secret. They allow us to be the prophet “crying in the wilderness”… while ignoring the fact that throughout history inconvenient prophets have been ignored… or just killed.

Conspiracy theories generate their own communities, which can be as self-sustaining as any religious community. The deeper you go, the more your identity becomes tied up in the conspiracy – it becomes who and what you are.

Our mainstream society does a lousy job of helping people find meaning and develop an identity as anything other than a consumer – it’s doesn’t care who we think we are so long as we buy what they’re selling. Those who find that unfulfilling go looking elsewhere. Some find it in religion, some in politics, some in sports… and some in conspiracy theories.

I trust everyone knows the idea of the “red pill” comes from The Matrix. It’s been appropriated by MRAs and the alt right, despite the fact that it was invented by two trans women. Still, the concept is valid: we need to learn to see through the lies and deceptions of mainstream society.

The antidote lies in integrating a more emotionally honest psychological understanding of trauma and painful emotions into how we think about the inner work of yoga, meditation, and related practices.

Rather than championing pseudoscience and extreme relativism, we do well to promote a better-informed and humble understanding of how science works, and a more intellectually unpacked philosophical conversation about reality, reason, consciousness, causality, and the human condition.

Instead of idealizing a kind of non-attached otherworldly transcendence, how about a more this-worldly realism about politics, injustice, and victimization.

This makes good sense. Unfortunately, cold hard and ordinary isn’t very fulfilling for most of us. More importantly, it doesn’t match up with our experiences that tell us there’s more to life than working so we can pay taxes and buy stuff. The religious impulse is real and it points us toward a greater reality… if we can only figure out what it is. 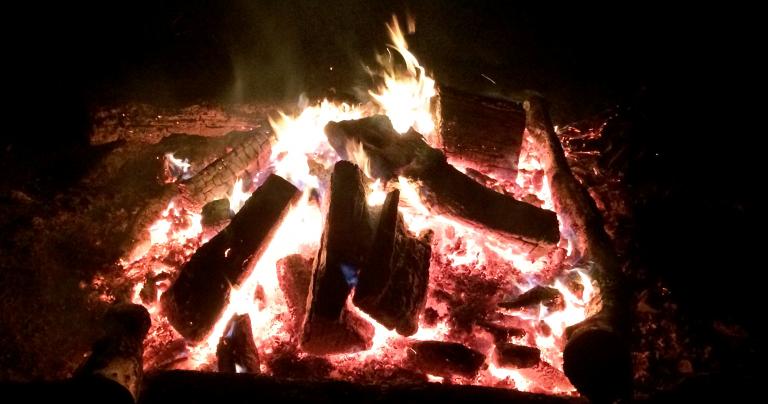 Mysticism: the only authentic path out

Wikipedia is not an authoritative source, but it’s usually a good place to start. And their definition of mysticism is pretty good:

Mysticism is the practice of religious ecstasies (religious experiences during alternate states of consciousness), together with whatever ideologies, ethics, rites, myths, legends, and magic may be related to them. It may also refer to the attainment of insight in ultimate or hidden truths, and to human transformation supported by various practices and experiences.

Instead of finding meaning and identity in false and harmful conspiracy theories, mysticism allows us to find them in the experience of our Gods and ancestors, in our religious traditions, and in the values and virtues that flow from them.

Every single legitimate mystic I’ve ever encountered (from many different traditions: Pagan, Christian, Buddhist, and others, including some that could best be classified as agnostic) has had a confident humility about their path and their experiences. They know it’s real, but they also know that unless you experience if for yourself, you’ll never be completely convinced. Many of them – many of us – struggle to accept its reality, because it’s so different from what we’ve been told is real. But our experiences are too real and too many to rationalize away.

Mysticism is a hard path. The days, months, and years of dedicated practice are many – the moments of ecstasy are few.

But those few moments are worth it all.

And what of the “yogis, ecstatic dancers, bodyworkers, and meditators” who buy into conspiracy theories? I would strongly suggest a re-evaluation of their priorities and a recommitment to their practices. 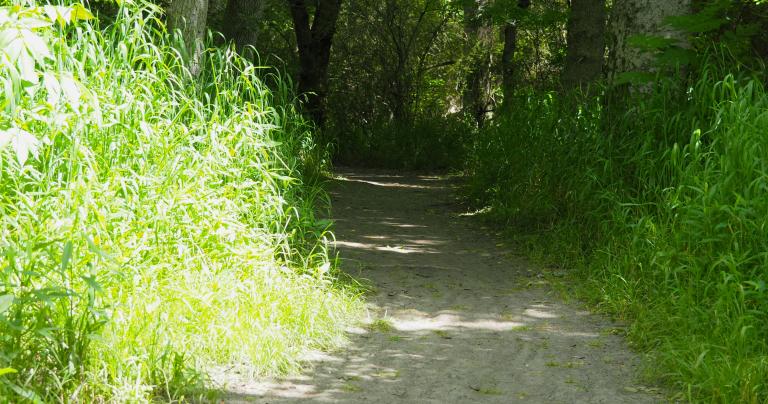 I am not allowed to abandon the ordinary world

Especially at times like these, I would very much like to move deep in the forest and spend my days communing with Cernunnos and the other Gods and spirits with whom I’m acquainted.

But I’m not permitted to abandon the ordinary world. My place is here, living an ordinary life and a mystical life side by side. My calling is to experience the Gods and spirits and then to write about what I learn, so others can do the same… if they so desire.

You need not abandon the ordinary world to practice mysticism. But authentic mysticism will leave little desire for conspiracy… or the time to indulge in it.

Conspiracy theories are easy and addictive. Mysticism is not an easy alternative – it’s a very hard alternative. But it generates real and authentic experiences in which we can find the kind of identity and meaning that conspiracies can never match. 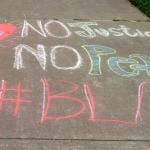 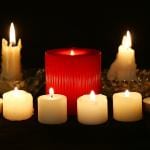 June 11, 2020 It’s Time to Turn Your Magic Up
Recent Comments
0 | Leave a Comment
"I view the people who refuse to get vaccinated "just because" (as opposed to legitimate ..."
Brent Dannells Vaccines and Seat Belts: Playing the ..."
"Regarding the hazards - developing relationships with cowalkers/guides is highly recommended"
Amergin Ó Kai Paying Attention to Changes Between the ..."
"Nothing bothers me more than the friend who says they respect my choice in religion ..."
GaryK To Those Proselytizing Out Of Love: ..."
"I just got my first dose on the 6th, I took whatever one the state ..."
Nichole Cardillo Vaccines and Seat Belts: Playing the ..."
Browse Our Archives
get the latest from
John Beckett
Sign up for our newsletter
POPULAR AT PATHEOS Pagan
1