How to Stop Overthinking Your Magic

One of the students in the Under the Ancient Oaks Operative Magic class raised a very good question:

I think one of the reasons why I don’t do magic more frequently is that I overthink things. It took me many hours of research and planning to pull this together. In the end, I’m not sure that makes it work better but it’s what I do. If I didn’t do this and it didn’t work out, I’m sure I would feel it was my fault for skimping. Have you ever felt this or heard this before? Is there a solution?

Have I ever felt this before? Are you kidding me? I’m the King of Overthinking. I can take a simple situation, analyze it a dozen different ways, make a list of two dozen positives and negatives, imagine three dozen things that could go wrong and start making contingency plans for all of them, all while paralyzing myself with indecision and fear of regret.

Honestly, I think the thing that most often rescues me from overthinking is impatience. I want it now more than I want it perfect.

I’m a lot better with this than I used to be – in magical workings and in my mundane life. Because I’m aware that I tend to overthink things, I can recognize that pattern of behavior sooner rather than later and do something about it.

Here’s what I’ve learned in 27 years of practicing magic. 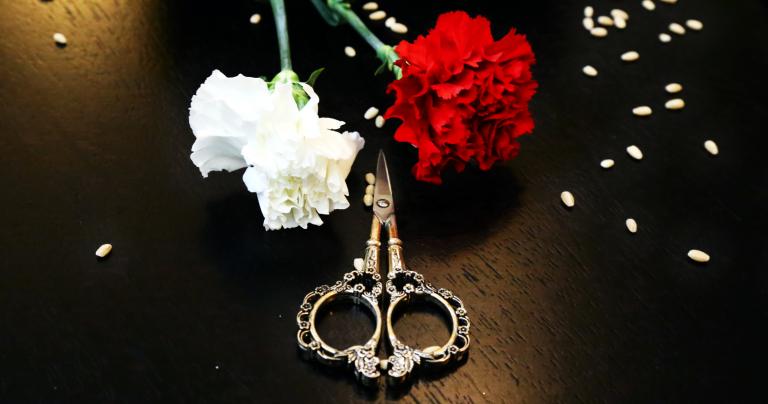 There’s a fine line between overthinking and proper planning

Carefully considering what we’re doing helps prevent unintended consequences. Magic often works in ways we would prefer it didn’t, and the more specific we can make our targets, the better chance we have of manifesting what we want and not what we don’t want. The more we can be sure we’re doing the right things in the right ways, the better chance we have of the working not blowing up in our faces.

So detailed planning and thinking through a magical operation is a good thing… up to a point.

Magic will never be safe

Magic is the manipulation of energies no one really understands. It’s attempting to persuade Gods and spirits to intercede on our behalf – Gods and spirits who have mind, will, and agency of their own and who rarely have our comfort and safety at the top of their list. It’s programming our minds with symbols we barely comprehend to achieve goals we can barely articulate.

What part of this looks safe to you?

When I call magic “stealing fire from the Gods” people often criticize the idea of stealing from the Gods (I admit it’s not a perfect metaphor) but they ignore the whole “fire” part (which is a perfect metaphor). Fire can cook our food and it can burn our houses. If we respect fire we can work with it effectively most of the time, but there’s a reason every community has a fire department.

When you accept that magic isn’t safe and no amount of careful planning can make it safe, you begin to recognize the uselessness of overthinking. 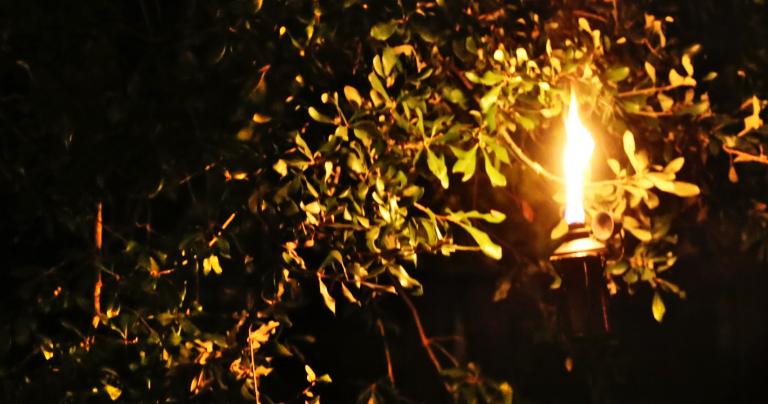 If you bake a cake and you follow the recipe exactly, it’s virtually certain your cake will be good… or at least, as advertised. But no magic is that precise. Even if you do the spell right, unfavorable conditions, an uncooperative spirit, or simple random chance (i.e. – bad luck) can cause it to fail.

And let’s be honest – most spells are like your grandmother’s recipes. They’re notes for the experienced cook, not detailed instructions for beginners. They assume a certain base of knowledge (“cast the circle in the usual manner”) that you may or may not have.

But knowing that we can’t be perfect, we have two choices: try something new, or don’t.

If you fail, it means you tried. Master Yoda’s comment “there is no try” is true in the absolute sense, but there’s a reason we teach children the importance of trying. Oftentimes we’re capable of more than we think – trying is the difference between “do” and “do not.”

And the times when we “do not” are an occasion for learning. They’re an opportunity to look at what went wrong and figure out what to do differently – what to try – next time. That’s a learning experience we’ll never have if we overthink ourselves into inaction. 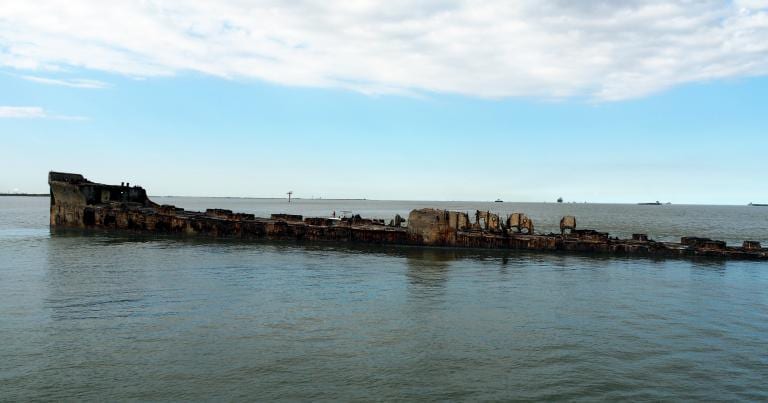 As with the mundane things I discussed in the opening, this is the most important reason to not overthink things. Some things have deadlines – if you don’t make a decision you miss out completely, or worse, someone else will make the decision for you.

Some of you aren’t comfortable with military references, but this quote from World War II era General George Patton is very appropriate here:

A good plan violently executed now is better than a perfect plan executed next week.

A week from now things will have changed. You can hope they’ll change for the better, but if you’re to the point where you’re breaking out the kind of magic that leads to overthinking, odds are good they’re going to get worse instead.

More importantly, if you wait till next week you will have lost everything you could have done in that week… or month, or six months, or more…

The sooner you get started the sooner you’ll get there. Overthinking doesn’t just cause stress, it delays your ultimate success.

The end result of most magical failures is that nothing happens. And now that you know what doesn’t work, you can start looking for other approaches that might work. While this is a disappointment, you’re better off having tried and failed than having done nothing because you weren’t sure it was exactly right. Your failure bought you information – and these days especially, relevant information is worth its metaphorical weight in gold.

Some magical failures have repercussions. But most of them are of the “burned fingers” variety, not the “arm eaten by an alligator” type. Burned fingers can hurt, but they heal, and they help us learn.

As I write this, I’m struggling to think of an example of an “arm eaten by an alligator” failure… at least one that isn’t obviously anti-magic fundamentalist propaganda or “only love and light” fearmongering. Magic isn’t safe and bad things can happen – especially when you naïvely make deals with the Fair Folk – but if you follow basic guidelines and exercise ordinary caution you should be OK.

And if you’re prone to overthinking, you’re probably doing that anyway. 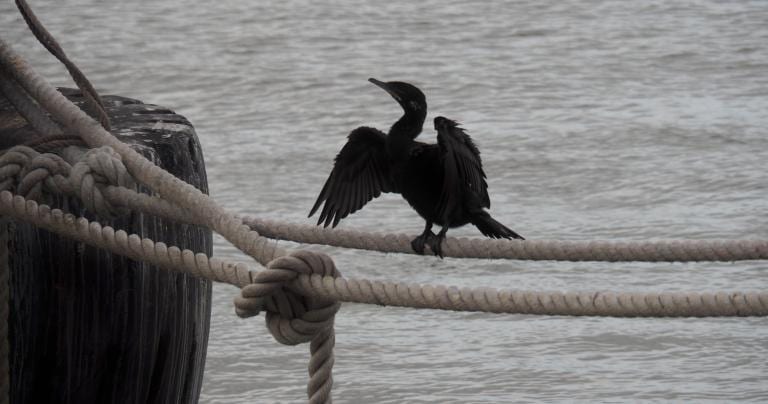 Put your overthinking to good use

Overthinking is generally a problem of the very intelligent. Smart people see all the complexities involved with a situation and all the many things that might go wrong. Meanwhile, “fools rush in where angels fear to tread.”

The good news is that the same intelligence that forces you to see all the negative possibilities can also help you do a good job of assessing risks. Is the potential payoff worth the risk? In most cases, yes. In some cases, no.

More importantly, if things do go badly and you find yourself staring down a hungry alligator, that good intelligence can help you figure out how to handle the situation and come out relatively unharmed.

As for me, I think and plan and research. I seek the opinions of magical people I trust. I go over the working again and again, trying to get it as close to “right” as I can.

And then I come to the point where I realize that this is as good as it’s going to get. Maybe I can’t find anything else to change, maybe time is running out, maybe I’m just getting impatient. Whatever the reason, the time for thinking has ended.

And the time for doing has begun.

And just because I can, here’s Frank Sinatra singing “Fools Rush In.” 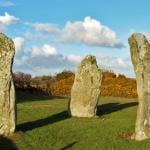 July 19, 2020 Why I Can’t Be A Know-Nothing Druid
Recent Comments
0 | Leave a Comment
Browse Our Archives
Related posts from John Beckett