The Irregulars grabbed me. It’s not great, but it is good. The 8-episode series dropped last Friday on Netflix, I finished it on Tuesday, and I’m still thinking about it.

The Irregulars is set in Victorian London, in the world of Sherlock Holmes. In Sir Arthur Conan Doyle’s novels, Sherlock occasionally employed a group of street urchins to run errands and to collect information from places he couldn’t go. They were called the Baker Street Irregulars.

The Irregulars are a group of teenagers who scrape together enough money to rent a dilapidated basement and try to survive in a harsh world. They’re hired not by Holmes but by Dr. Watson, who is not a nice person.

And the crimes they’re trying to solve have Otherworldly origins. There’s the first hook that grabbed me.

I’ve seen several people complaining “this is not canonical Sherlock Holmes” – they’re correct. It’s not Robert Downey, Jr.’s Sherlock Holmes either. This Sherlock is deeply damaged, and he’s a rather minor character in the show – we don’t even see him until about halfway through the series.

Which, I suppose, it why it’s called The Irregulars and not Sherlock Holmes – The Netflix Edition.

The characters and the cast

The cast is mostly new and unknown – and multiracial. Now, London has never been entirely white, but like last year’s Netflix romantic drama Bridgerton, The Irregulars casts in a way that’s mostly ahistorical even if it’s plausible. Different people coming from different perspectives have different thoughts about that, but once it became clear what they were doing, I didn’t think about it anymore.

Thaddea Graham plays Bea, the leader of the group. Darci Shaw is Jessie, Bea’s sister who has terrible nightmares… and some special skills. Jojo Macari is Billy, the group’s tough guy. McKell David is Spike, who can charm his way into or out of anything.

They’re joined by Harrison Osterfield as Leo, who’s based on Prince Leopold, Queen Victoria’s seventh child. Like the historical prince, Leo has hemophilia, which causes his mother to be overprotective of him. You can guess where that leads.

The only actor I recognized was Rory McCann as Arthur Hilton, the “Bird Master.” McCann played The Hound in Game of Thrones.

I’ve seen some people complaining that the heart of Sherlock Holmes was the idea that every effect has a natural cause, and if enough facts can be determined then the cause can be deduced with logic. While that’s true, Arthur Conan Doyle had a long interest in the paranormal and at times was a practicing Spiritualist.

In any case, the world of The Irregulars is a world where magic is real and it’s growing, and not in a good sense.

The Golden Dawn makes an appearance in a way that is not quite historical but is certainly in character for the group that existed from 1887 to 1903 and had a tremendous impact on modern magic and Paganism.

Those with some familiarity with ceremonial magic will recognize the word Ipissimus. Aleister Crowley used that term for the highest level of spiritual development that can be attained. The Irregulars borrows the term for someone who has a very high level of natural magic. It’s far from the most ahistorical thing in the series, but it repeats my biggest complaint with magical fiction: the idea that magic is something you’re born with.

The series starts off in a fairly common “monster of the week” format. But it soon becomes apparent that there’s a connection between the monsters: the Rift.

The Rift is an opening between this world and… something. Whether that something is an Otherworld, a spirit world, another dimension, or something else is never exactly clear. What is clear is that with the Rift open, magic is coming into this world and causing havoc. If the Rift stays open too long, it may cause the end of this world, at least as we know it.

Who opened the Rift? How did they do it? Where is it? How can it be closed? These are the questions that have to be answered as the series progresses.

If you’re a regular blog reader, you probably just guessed this was another one of the hooks that grabbed me. And you’d be right. It’s very similar to The Shredded Veil that I and other have been talking about for several years.

Is this a case of art imitating real life? On one hand, the idea of an open portal into some netherworld is a fairly common trope in sci fi and horror. On the other hand, something about this feels different, even though I think the real Shredded Veil is mostly a natural phenomenon, not something that’s human-caused.

Both realistic and fantastic

I’ve seen some complaints that the series doesn’t accurately portray the depth of poverty and brutality on the streets of Victorian London. That’s probably true, but our current world is depressing enough as it is.

But given the ground rules of the series, the characters are very realistic. No one is perfect. People suffer, sometimes because of an unjust society and sometimes because of their own mistakes. Some own their mistakes and try to fix them – others live in denial. Some make hard choices and some avoid them, but all deal with the consequences.

Some rise to the occasion, while others don’t.

And that’s the biggest hook of all.

My first impulse was to compare The Irregulars to Penny Dreadful. They’re both set in Victorian England, they both take fictional characters from that period in new directions, and they both deal with magic and the supernatural.

But that’s really where the comparison ends. I can’t find numbers, but it’s obvious Penny Dreadful had a much larger budget. The young actors are good, but none of them are Timothy Dalton, Josh Hartnett, or Eva Green. Especially Eva Green.

But I enjoyed The Irregulars for what it is, and that’s good enough.

As I write this, there’s no word on whether or not there will be a second season of The Irregulars. The ending of this season left no major cliffhangers, but there’s plenty more opportunities for magical investigations, and plenty of room for the characters to grow.

I hope there are more seasons. The Irregulars isn’t a great show, but it’s a good show, and I’d like to see more of it. 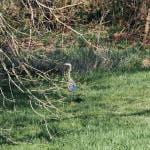 April 1, 2021
Where Would You Live, If You Could Live Anywhere?
Next Post 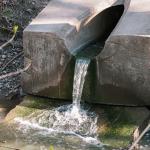 April 6, 2021 To Those Proselytizing Out Of Love: You Aren’t
Recent Comments
0 | Leave a Comment
"Nothing bothers me more than the friend who says they respect my choice in religion ..."
GaryK To Those Proselytizing Out Of Love: ..."
"I just got my first dose on the 6th, I took whatever one the state ..."
Nichole Cardillo Vaccines and Seat Belts: Playing the ..."
"Thanks for weighing in on this important matter! I believe everyone should get vaccinated. I ..."
Aelfrey Vaccines and Seat Belts: Playing the ..."
"Canada is way behind. Everyone on social media seems to be getting it, but we're ..."
Samantha Sabovitch Vaccines and Seat Belts: Playing the ..."
Browse Our Archives
get the latest from
John Beckett
Sign up for our newsletter
POPULAR AT PATHEOS Pagan
1