Why I Read Tarot For Divination

Last week freelance journalist and former Wild Hunt editor Heather Greene had an interesting piece on Religion News Services that got picked up by several large newspapers. It’s titled Tarot booms as Generation Z sorts out spiritual path. The subtitle says “Generation Z has been the driving force behind the renewed popularity and mainstreaming of the age-old esoteric system.”

I’m a long way from Gen Z – I’m a very late Boomer who’s always identified with Gen X. But I have a life-long interest in Tarot… even though it took me a long time to learn to read with it. I told that story a couple years ago. Heather’s article got me to thinking: why, exactly, do I read Tarot? Why not runes or Ogham or even a different form of cartomancy?

I don’t use Tarot for meditation or spiritual development. I respect those who work through the Fool’s Journey, but that’s not what I do. I read Tarot for two purposes.

The first is literal divination – ascertaining messages from the Divine. I’ve practiced ecstatic communion with my Gods for long enough that I recognize Their voices, but particularly when something is very important (especially if it’s very important for someone else) I want to be absolutely sure that what I’m hearing is Them and not me. Divination adds an objective element into the messaging. If I’m hearing something and the cards confirm it (often in an “of course that’s what I told you, now go do it” tone) then I’m confident I’m not just telling myself what I want to hear.

The second is looking into the future. “If you keep going down this path, here’s where you’re going to end up.” The cards can’t tell me if I should do that or not – why would you give away your agency to a deck of cards anyway? But they can give me more information so I can do a better job of deciding for myself what I should or shouldn’t do.

Still, I could do that with any divination system. Why do I read Tarot and not something else?

The aesthetic puts me in the right frame of mind

There’s something about a deck of Tarot cards that whispers “magic!”

Tarot begin in Italy in the late 1300s and early 1400s as tarocchi, a card game. It wasn’t long before people figured out they could use tarocchi cards for divination and fortune telling. It also wasn’t long before various churchmen decided they should be banned, particularly when some decks included The Pope and The Popess in them.

However the transition from game to divination happened, people have been reading Tarot cards for several hundred years. They show up in supernatural fiction – I’m pretty sure my first exposure to Tarot was in Dark Shadows. And at least on the better decks, the imagery is quite magical.

For all the efforts of some to reduce magic to technology (and there is value in studying magical tech) there is still a place for the aesthetics of magic – something that tells us we’re no longer in the ordinary world.

Being in the right frame of mind helps with anything, whether magical or mundane. It especially helps with divination.

The only consistency among Tarot decks over the centuries has been four suits of 14 cards plus 22 trumps, for a total of 78 cards. Most early decks only had illustrations on the trumps – what would become known as the Major Arcana. The suit cards simply had seven swords for the 7 of Swords and so on.

I occasionally hear people refer to the Waite-Smith deck as “the original Tarot.” It’s certainly the most widely used deck, but it’s rather new – it wasn’t published until 1909.

Most Tarot books are based on the Waite-Smith deck. But when I first started on my Pagan journey, I wanted something without its overt Christian imagery. I found the Robin Wood Tarot – it became my go-to deck for over 20 years. In recent years I’ve been using Kristoffer Hughes’ Celtic Tarot – I find it incredibly easy to read with.

I also have Aleister Crowley’s Thoth Tarot – I love the artwork but I struggle to read with it. And I have the Sola Busca Tarot. It’s one of the oldest decks in existence. It’s very different from most decks, and it tends to read rather unpleasantly. But there are times when dire situations call for dire decks.

As Heather pointed out in her article, there are many, many new Tarot decks these days – Llewellyn’s website has 38 pages of decks and related items. Whatever you’re looking for, there’s likely something for you.

The imagery is easily understood

You could spend a lifetime trying to decipher the arcane meanings in Tarot artwork. Or, you could simply look at the cards and see what you see.

I often say we’re living in Tower Time – I taught an online class on the subject earlier this year. When we look at The Tower card, it’s easy to see the connection: lightning (a natural force) striking the Tower (a man-made edifice). The crown blown off the building and those in the Tower thrown from it to the ground. This is deep, but it isn’t particularly complicated.

What do you see? How does that relate to the question you asked at the beginning of the reading. No need to overthink things… and I say that as a certified overthinker. The pictures tell a story – just see what’s there.

The imagery has depth

One of my favorite cards – or at least, one I strongly relate to – is the Eight of Cups. There’s so much here: the figure walking away, the eight cups left behind, the mountains in the distance, the waning crescent moon, and more.

This is why I prefer the more elaborate decks to the simpler ones. There are so many details to notice, and when one of them grabs your attention it’s usually important.

Because I get good results with it

All of these reasons are part of why I read Tarot when I need to do divination, but the biggest reason is that it works. I can get clear answers with Tarot that I simply can’t get with other divination system.

I learned Ogham as part of my Ovate studies – I still have my set. But every time I start thinking I should practice enough to read well with it, it occurs to me that I can already read well with Tarot. If I put that time into practicing Tarot I can be even better. I would love to have a bone set and learn to throw them well. But I would be starting from zero… with no guarantee of success.

Tarot works for me. And so it’s the divination system I use.

I’m a Tarot reader and a Tarot fan, but I’m not a Tarot evangelist. It’s the best divination system for me, but another system may work better for you. If you’re just beginning, try several and see which ones work best for you. If none of them blow you away at first (and that’s likely – any divination system requires study and practice) then pick the one that interests you most. Study it, practice it, and get some professional instruction if you can.

And then read as much as you can, as often as you can. As with any other skill, divination gets better with practice and worse with neglect. 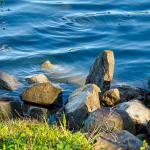 May 4, 2021 There is Freedom in the Vastness of the Universe
Recent Comments
0 | Leave a Comment
"Or it can make you hate the thing you used to love. That happens, too."
MadGastronomer 8 Pieces of Bad Advice
"Coming in very late as this post seems to be doing the rounds again. My ..."
Kris Hughes Which God are White Christian Nationalists ..."
"For me, "Forgiveness" equates to: "I am not angry since you have shown me a ..."
Kyllein MacKellerann 8 Pieces of Bad Advice
"Excellent advice. Altho' the bit about "Do what you enjoy doing and you'll never work ..."
Kyllein MacKellerann 8 Pieces of Bad Advice
Browse Our Archives
Related posts from John Beckett