I work magic every full moon. And by magic I mean formal, written, to-know-to-dare-to-will-and-to-keep-silence magical workings.

Several years ago I realized that I had adopted a “whenever you have need of anything” approach to magic. And because my life was in pretty good shape at the time, I rarely saw the need to break out sigils or candles or incantations in iambic pentameter.

Then when I ran into a difficulty where I really needed magic, my skills were rusty, and my results weren’t what I needed them to be.

Some people like to say “you don’t work magic, you are magic!” or “my whole life is magic!” Those are nice thoughts, and I suppose if you work magic often enough for long enough they’ll be true, eventually. But in practice, I’ve found that most people who say these things like to talk about magic and witchcraft but don’t seem to be able generate a favorable outcome on much of anything.

Certainly, there’s something to be said for living by a magical worldview. My daily spiritual practice is primarily a religious activity, but it helps reinforce the reality of magic. But as beneficial as all that is, it’s not the same as creating change in accordance with will (to borrow Aleister Crowley’s famous definition of magic). 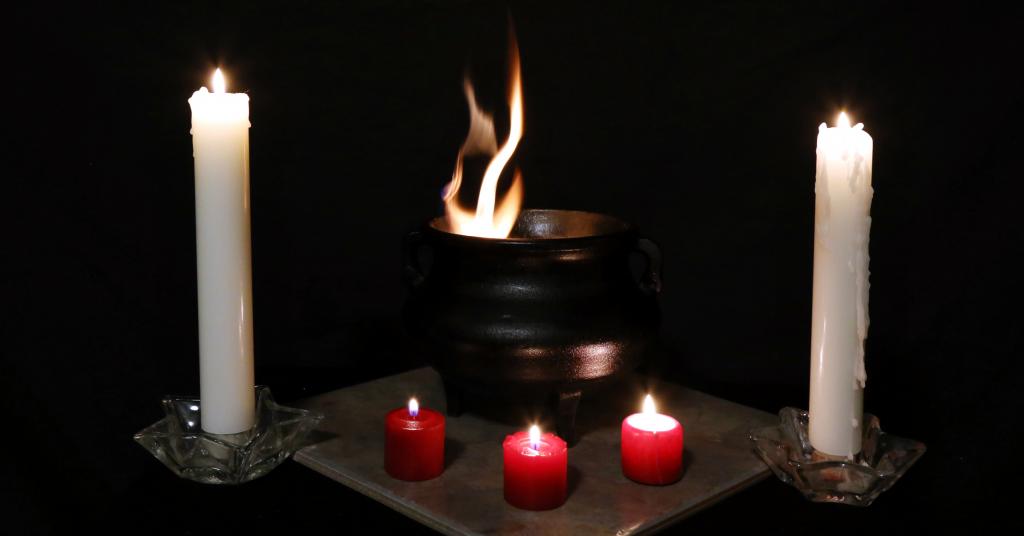 Almost everyone has some natural ability with magic. Some have a lot – things come easy for them, and if they work at it they can do amazing things. Most have some – they have to work harder to develop their skills, but when they do they can generate good strong magic on a consistent basis. A few have little natural ability – they have to work even harder, but they can still move the odds in their favor when they do.

Whatever your level of natural ability, like any other skill the more you practice magic the better you get at it.

Do not dismiss this as “Protestant Work Ethic”! That’s a misunderstanding. The Protestant Work Ethic is the Calvinist idea that hard work is a virtue in and of itself, and that doing such work on a regular basis is a sign of being “elected” by their God. Thus they assume those who achieve much – especially in the way of finances – are favored by their God.

Likewise, witches and other magic users who practice regularly aren’t “better than” those who don’t. They’re just better at magic.

Setting my sights too low

Last Tuesday I sat down and decided what I wanted to work magic for in the coming month. As usual, I picked a half dozen targets, wrote them in a positive present tense, and then turned them into sigils. As I was finishing up, I took one last look at my targets.

There was a health goal I’ll probably achieve without doing anything. Another health goal I can achieve if I just pay attention. A writing goal that can be reached with a bit of ordinary focus. And some other things of a similar nature.

And it hit me – I was setting my sights awfully low.

On one hand, I don’t want to disparage using magic to enhance simple goals. If you need and want something and there’s a 70% chance you’re going to get it anyway, using magic to move those odds to 90% is a worthwhile effort. Remember: Hillary Clinton had a 70% chance of winning the 2016 U.S. Presidential Election and we all know how that turned out.

Plus any magical work is practice that helps build magical skills. Those skills come in handy when needs are great and the odds are not in your favor.

But still – those were some pretty easy targets. And as I reviewed previous months, I saw more small goals. There were a couple of deeper items, about which I will continue to keep silence, lest the problems rise again like a monster in a 90s horror movie. But in the absence of a clear need, I’ve been picking easy targets. 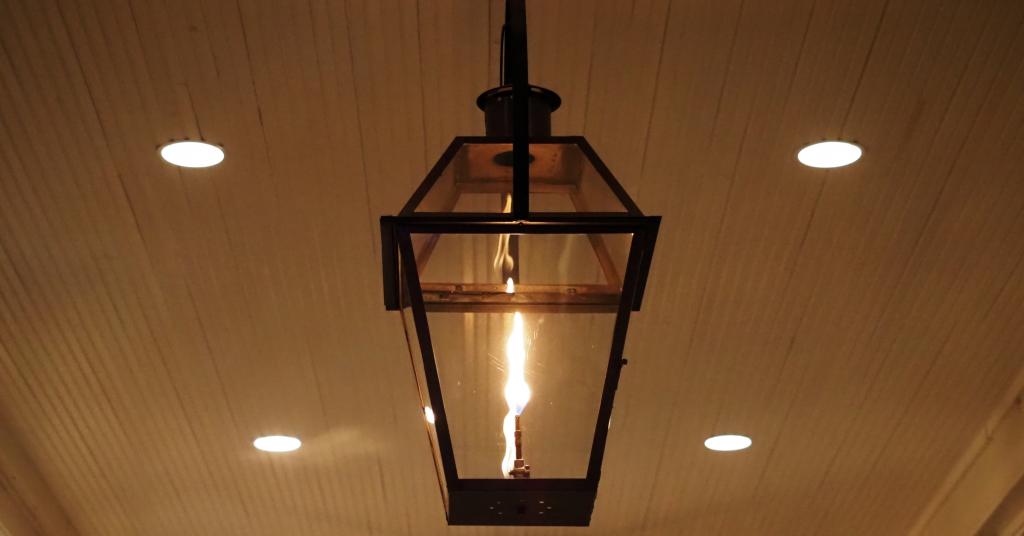 It’s time for a challenge

I feel like I’m leaving magic on the table.

It’s time for a challenge.

And as is so often the case with my blogging, if I’m feeling something, there are probably a bunch more people who are feeling the same thing, or something close to it. So if you’re a witch, a sorcerer, a wizard, a spell caster, or a magic user of any description, here’s the challenge:

Go after something big this month.

What do you want to work magic for?

The idea that magic shouldn’t be worked for personal gain is self-righteous Hollywood garbage – I first heard it on the original Charmed in the late 1990s. It’s completely at odds with the whole history of magic and its countless spells for health, wealth, and love. Besides, if you feel like you should be working magic for world peace, the skills you develop doing this will make it easier for you to accomplish something in a future working (beginning with learning to select a more specific target).

How do you figure out what you want? Ah, that’s the hard part! Seriously, figuring out what to work magic for is usually harder than actually working the magic.

Start with meditation. I do my best work on things like this on long walks outdoors. Divination can help, particularly if you’ve got two or three ideas and you’re trying to choose between them.

Just remember that magic often works in ways we would prefer it wouldn’t. The more specific your target, the better chance you have of getting what you really want and not something that matches your words in a way that you’d rather not have.

Something for the June full moon

Pick something that can be done in a month. Really big workings may take multiple months or even multiple years. That’s fine. Big goals are almost never achieved all at once. Break them down into multiple sub-goals and work on them one at a time.

Pick something you can be ready to do in three weeks – if your spell requires hard-to-get ingredients, you may need either a different goal or a different method.

The next full moon is Thursday, June 24 at 1:39 PM CDT. That means the best time to work most spells (for most of us, anyway) will be the evening of Wednesday, June 23. If your target is something best done under a waning moon – or under a dark moon – adjust your plans accordingly.

I work magic by the moon. The moon is by far the biggest object in the night sky and it holds the greatest influence. I’ve generally had good results with that approach. If you want to add more astrological timings to it, by all means do so.

For what it’s worth, the current Mercury Retrograde ends on June 22 at 5:00 PM CDT. 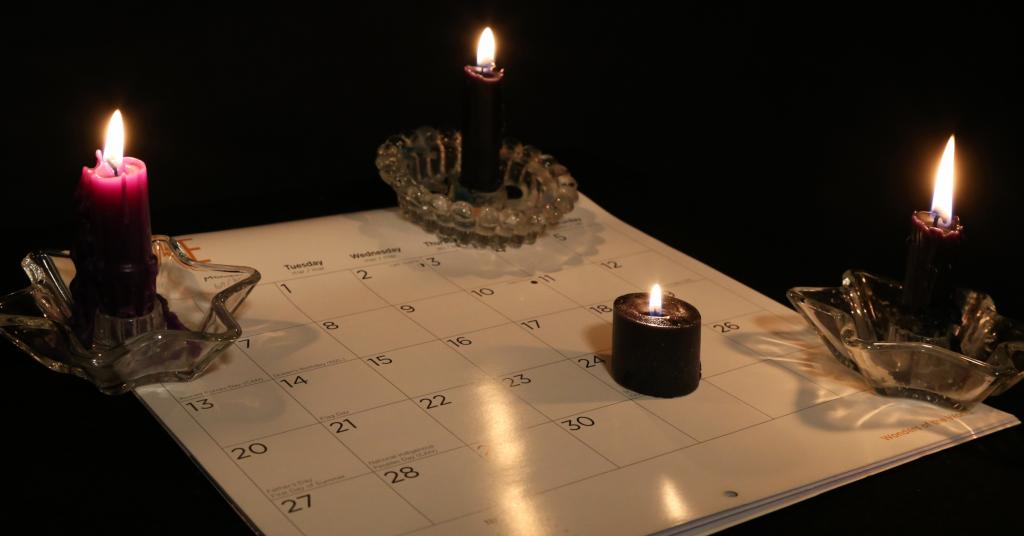 I’ve gotten very comfortable with sigil magic… perhaps too comfortable. I use it most times, even when another method might be more appropriate. So I’m also challenging myself to do this working with another approach. I think that will be some sort of candle magic. I have some experience with it, but I’m far from an expert.

You do what works for you. If you’re fairly new to magic, you may want to stick with what you know – a big target is challenge enough. If you’ve been doing this a long time, this may be the motivation you need to work on a different approach.

Just remember: the goal isn’t to make things harder. The goal is to refine existing skills and learn new skills.

What sort of preparatory work will you need to do?

What spiritual allies would be willing and able to help? What sort of offerings would be appropriate? How can you structure this within your existing relationships and not make it a quid pro quo? Or are you working with a spiritual ally who prefers to keep things quid pro quo?

Making a detailed plan reduces the chances of overlooking something, or flat-out forgetting it.

Gather your supplies. Do your prep work.

And then when it’s time, work the spell.

Remember the Witches’ Pyramid: to know, to will, to dare, and to keep silence. Resist the urge to tell us all about it, at least until it’s done. But do take good notes. 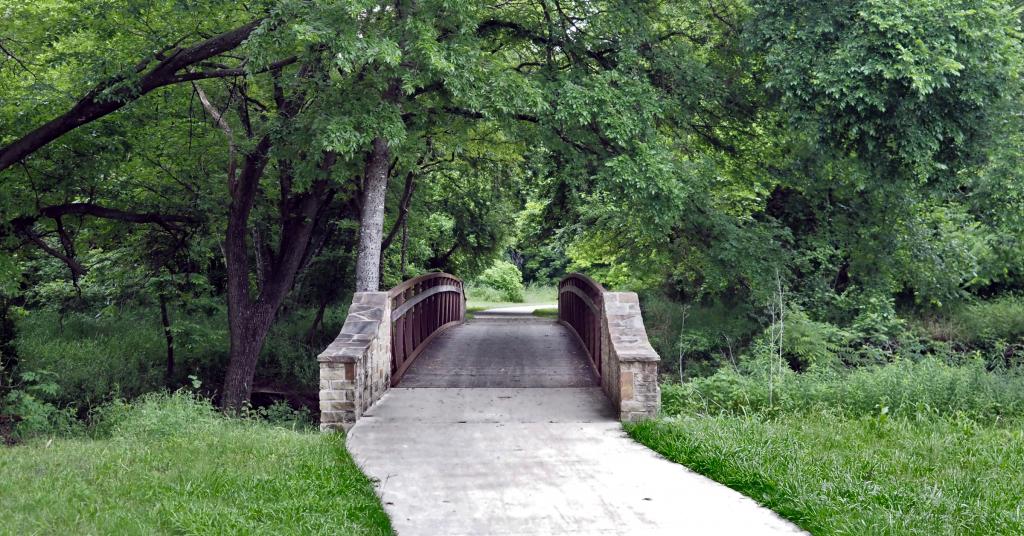 Give it time to work

How long will it take? How long did you specify in your target statement? Was that realistic?

That’s another hard part of magic: figuring out whether your spell failed or if it just needs more time to work. If you’re unsure, do divination.

But don’t pull Tarot cards every day asking “are we there yet?”

Follow-up is its own thing. I’ll do a post on that in July, or whenever my own working is finished.

If you’re not ready for this

But when will you ever really be “ready”?

If you’ve got too much going on in your mundane life, then you may not have time for a major working.

But would a major working help straighten out some of your mundane complications?

But if something inside you is whispering “you need to do this” or “I really want to do this” then I encourage you to say yes. 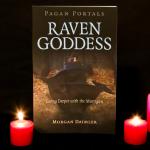 May 30, 2021
Raven Goddess: Going Deeper with the Morrigan
Next Post 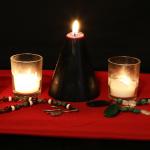