Patheos editors recently suggested that bloggers from different religious traditions weigh in on the September edition of Deseret Magazine (a Mormon publication) and their special theme “Dare to Be Different.” Subtitled “the fate of the religious university,” it includes articles and essays from leaders at several prominent religiously-affiliated colleges and universities, including Brigham Young University, Catholic University, and Baylor University here in Texas.

These schools are feeling pressure to give up their religious distinctions: to relax or eliminate their codes of sexual conduct for students, to diversify their faculty hiring and bring in scholars from outside their religious tradition, and in general to become more like private secular institutions.

I have very mixed thoughts on this. 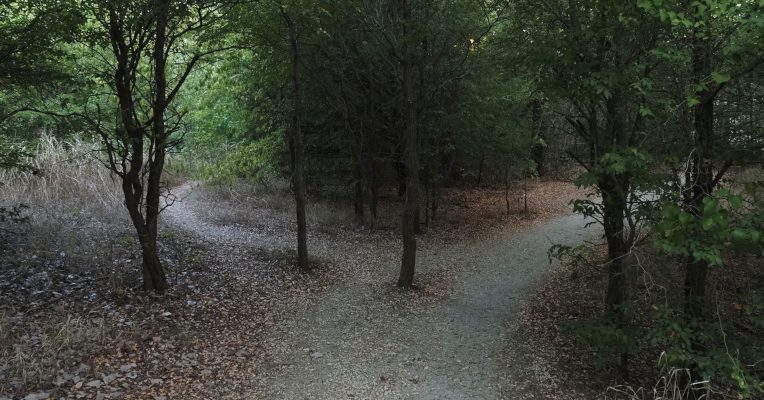 I’m an outsider to these conflicts

As a Pagan, I’m an outsider to these conflicts. Modern Paganism is a new religion (or religions, if you prefer). We have no colleges or universities. Cherry Hill Seminary is intended to provide “education and practical training in leadership, ministry, and personal growth in Pagan and Nature-Based spiritualities.” It does not provide undergraduate education – it trains Pagan community ministers.

Religious schools can be good schools

I’ve spent almost 40 years working in business and industry, the last 20 of them here in Texas. I’ve had employees, managers, and coworkers from virtually every kind of college and university in the world. They have confirmed my belief that you can get a good education at any decent school – where you go is far less important than what you do while you’re there. Unfortunately, not everyone agrees with me. Employment opportunities – especially at higher levels – are far more favorable for those who graduate from “big name” universities. That’s another rant for another time.

Ironically, the worst boss I ever had (worst as in “least effective”) was a Harvard graduate. But that’s a sample size of one and not especially relevant, except as a reminder that the label on a diploma only tells you so much.

I have Pagan friends who went to Baylor, which is a Baptist school. They tell me the education was first-rate and the religious requirements were manageable. I’ve also read complaints from fundamentalists who claim Baylor “isn’t Baptist enough.”

There are some religiously affiliated schools that provide inadequate, inferior education. The same is true of some secular schools (especially the for-profit online schools). But by and large, the education at religiously affiliated colleges and universities is comparable to that at secular institutions, and thus we have no reason to challenge their existence.

Religions have the right to draw their own boundaries

I’m a religious pluralist. I don’t believe that “deep down all religions the same.” But I do believe the world is better off with many diverse religions and I believe each person has the right to follow the religious path that calls to them. For some people that means a religion I worked hard to escape or another religion antithetical to my own. So be it. I will fight to prevent them from imposing their religion on the rest of us, but I will also fight for their right to practice their religion as they see fit – so long as they aren’t harming anyone else.

I am deeply disappointed that some Christian denominations have made archaic and patriarchal sexual mores the cornerstone of their religion. But within their circles, they have the right to do so – up to a point.

If they are operating as a religious institution – as a school for religious instruction – then they can choose their students, faculty, and other employees according to whatever standards they wish. If they are operating as an institution of higher learning – and especially if they expect to be accepted as “the same as everybody else, just different” – then there are no ethical or legal grounds to exempt them from non-discrimination laws.

I’m a Pagan. I would love to have been able to attend a Pagan college where my own religion was considered the norm. But the low numbers of Pagans aside, what kind of a college would it be if everyone was Pagan? What does it do to your science programs when you can’t hire the best physicist available because she’s a Methodist and you require your faculty to be Pagan? What kind of a humanities program could you have if you exclude people with an atheistic outlook?

What happens when you exclude Methodist and atheist1 students from a Pagan college? You end up with a narrower college experience for your students.

What happens when you exclude Pagan and LGBTQ students from a Baptist or Mormon college? You end up with a narrower college experience for your students.

College is for education

Particularly in political circles, there is the idea that higher education is primarily (some argue only) about preparing young people for future employment. This is a bad idea. Higher education isn’t supposed to be job training. It’s supposed to be education that gives people context for life and helps them develop the wisdom to think for themselves and to participate in society and its governance. My undergraduate degree is in engineering, but I took classes in literature, history, psychology, and philosophy. Yes, I wanted to prepare for a career, but I also wanted to be educated. That education continues to this day, but it got a good foundation in college.

And not all of that education took place in the classroom. I learned from my fellow students, especially the international students from Asia, South America, and the Middle East. I was rather irreligious in college (I enjoyed getting away from having to go to fundamentalist services every week) but I learned something from Catholics, Muslims, and progressive Christians… and probably some atheists who didn’t feel safe calling themselves such in Tennessee in the early 1980s.

A single-religion college or university simply cannot provide the total experience that a religiously inclusive institution can provide.

Maybe that’s OK. Maybe the “distinctives” that a religiously focused school provides makes it the best place for a certain subset of students, those whose religious orientation and commitment require a safe space to nurture and grow (and I mean no slight by that – safe spaces are good and necessary things).

But they aren’t the same things.

Big religiously affiliated schools like Baylor and BYU are trying to have it both ways. They’ve expanded their student bodies and their faculties, and then traditionalists get upset when those who are LGBTQ (or just women – old fashioned sex discrimination is alive and well at some of these schools) expect to be treated as equals. They spend millions on Division I sports programs and then get upset when secular schools don’t want to compete against schools with discriminatory rules.

It’s easy to say that those who don’t want the religious aspects of a religiously affiliated school should just go somewhere else. But the schools market themselves as first-class academic universities, not as religiously restrictive universities. Students make decisions based on location, costs and scholarships, and academic programs. Plus the college years are times of learning, growth, experimentation, and self-discovery – someone who’s a good fit for a religiously restrictive institution as an 18 year old may be completely out of place by the time they’re 20.

Trying to have it both ways isn’t working

Christian schools who try to have it both ways should re-read Matthew 6:24 and contemplate all its possible applications.

Because what they’re doing now is sending mixed messages and generating unhealthy conflict, and that conflict is only going to increase.

1 Yes, there are atheist Pagans. But they’re religious non-theists, not non-religious or anti-theists.

September 25, 2022
Building a Relationship with the Nature Spirits Where You Are
Next Post

October 2, 2022 A Pagan Response to Christian Nationalism
Recent Comments
0 | Leave a Comment
"I finally have time to watch it and started yesterday. It has a Riverdale/Sabrina vibe, ..."
Nekoshema Wednesday
"Yes!!! So glad I am not the only one that thinks this!! LOVED this show, ..."
Erin McGuire Wednesday
"Thank you for this. I did not know about "Wednesday" and reactivated my Netflix account ..."
OrderInTheQuartz Wednesday
"Glad to hear a review from you. I keep hearing nonsense from people who just ..."
MadGastronomer Wednesday
Browse Our Archives
Related posts from John Beckett