Ash Wednesday: The Church As a Midwife

“I went back to church thinking it would be like an epidural, taking the pain away. But I realized that church is more like a midwife, standing next to me saying push…it’s supposed to hurt a little bit.” -Brene Brown

“Love is not a victory march, it’s a cold and broken Hallelujah” -Leonard Cohen 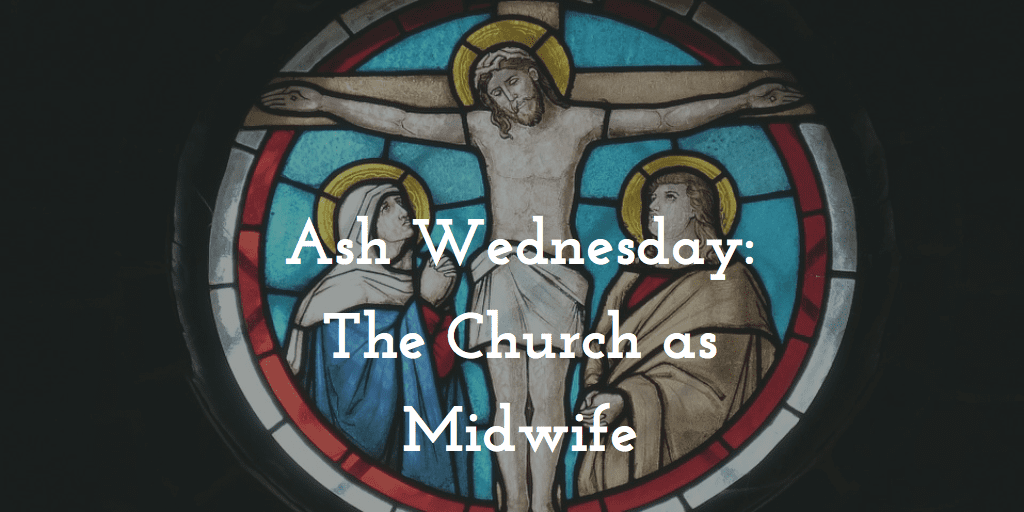 Ash Wednesday is tomorrow, and I know for some of the readers of this blog that may be an unfamiliar tradition. Before I started participating in Ash Wednesday, I was under the impression that it was something that only Catholic Christians did.

But Ash Wednesday was going on long before Protestants and Catholics ever split. It’s an annual reminder that Christians have observed  for over a thousand years, where we remember that from dust we came and to dust we will return.

It is profoundly ancient, biblical, and Christ-like.

If you were just to pick up one of the Gospels and read it for the first time, one the of the more interesting things about that would stand out to you was how much Jesus talks about death, in particular how much he talks about his own death, what He thinks it will accomplish, and how intentional He was about not shying away from it.

And then you would probably notice that Jesus kept having to convince His disciples that He was going to die.

They were confounded by the very thing His whole life was oriented around.

It’s easy to read the Gospels and come to the conclusion that Jesus’ first disciples grew up eating paint chips, but the truth is that this is not unique to them.

None of really like to talk about death, we don’t like to be reminded that we are going to die, and if we’re honest, Jesus’ persistence in bringing it up is uncomfortable because it keeps reminding us that God doesn’t seem to be overly concerned with protecting us from death.

This is the universal human condition. This was the temptation from the beginning, it was what the serpent whispered in Eve’s ear, “you will not surely die.”

And Ash Wednesday is when Christian all over the world gather, we look in each other’s eyes and declare the serpent was lying.

And this, very countercultural discipline can make all the difference.

Pushing Through The Pain

In the Boston Review, Larissa MacFarquhar (a staff writer for the New Yorker) was interviewed on her writing and research on the very “saintly” people who make great sacrifices for the good of others.

Many of them were religious, of course, and MacFarquhar, who worked as a staff writer for The New Yorker, had no religious faith, but she found herself drawn to people who did.

At one point, the interviewer asked how she viewed these people. She spoke candidly about “a difference between religious…and secular people that was very enlightening.” She said:

“I…think that, within many religious traditions, there is much more of an acceptance of suffering as a part of life and not necessarily always a terrible thing, because it can help you become a fuller person. Whereas, at least in my limited experience, secular utilitarians hate suffering. They see nothing good in it, they want to eliminate it, and they see themselves as responsible for doing so.” –

We live in a world that will avoid pain at all costs, and to be fair, we’ve all but succeeded in avoiding most of the pain that most of history has had to endure, and as a result, when we are faced with it with have less resources to deal with and endure it than any other society of history.

But the way of Jesus has a different take on suffering.

Christianity doesn’t believe pain is good or that pain itself can bring us closer to God, not at all, pain and death are the enemy, but they are ones that we can expect in this world.

And so followers of the crucified Messiah don’t avoid it. We charge toward it.

Confident of the great joy on just the other side.

It seems like our shared secular world has two different options for suffering, either to medicate it or to marginalize it.

But Jesus dealt with death and suffering much differently than that.

Just before Jesus died, He gathered up His disciples and lets them know what’s coming. Jesus knows that they are about to be so devastated. He knows that all their hopes and dreams about the future are about to be crushed, and so in order to explain to them what’s about to happen to them, Jesus reaches for a metaphor that people have understood since the beginning of time

Jesus tells them this.

Very truly I tell you, you will weep and mourn while the world rejoices. You will grieve, but your grief will turn to joy. A woman giving birth to a child has pain because her time has come; but when her baby is born she forgets the anguish because of her joy that a child is born into the world. So with you: Now is your time of grief, but I will see you again and you will rejoice, and no one will take away your joy.

And so, right before all that happens, Jesus draws them in close and tells them a couple of things about suffering, and what kind of community they have to be for one another.

He reminds them of the miracle that all of us know about but so easily forget. One that happens every day in every town and city all over the world.

A woman goes through tremendous amounts of pain, she pushes her body to the edge of death, and then after hours, sometimes days of pain, a corner has been turned and she never looks back.

She, in the words of Jesus, forgets the anguish.

I’ve seen this 5 times personally, and everytime I feel like I’m in the face of a miracle. My wife was screaming and weeping in one moment, and the next nothing but pure joy.

When she holds our new baby, despite the agony she had just experienced, she would do it all over again in a heartbeat.

She, in the words of Jesus, forgets her anguish.

The Other Side of Hope

So this video is from Brene Brown (famous for her TED talk on vulnerability). In a world where everyone seems to be walking away from church, Brown a secular sociologist talks about her journey back toward faith.

But why she came back may surprise you. She says that she had always thought church was a way of avoiding suffering, but as she reentered the Christian faith she was surprised to find Jesus weeping.

When Brene Brown found herself back at church she said she came expecting the church to be like an epidural taking away the pain, but what she found instead was that the church was a midwife.

It didn’t take away the pain, instead it whispered in her ear at every difficult turn, push, you can do this, keep hoping, keep going, keep looking forward, keep breathing.

Now, if you know me, you know that I am very hopeful, I’m tired of the cynicism that pervades my generation, but this isn’t cynicism. This is the other side of hope. Death isn’t right, and there will be a day when death pays back what it owes.

But that day is not today.

And if the world is going to believe the Church’s Good news, they have to see us be honest about the bad news too.

All is not as it should be, and there aren’t enough pills in the world to make it go away, nor can you just stuff it down deep enough to ignore forever.*

This is the Wisdom of Ash Wednesday. Christians for over a thousand years have recognized that we need a season to remind ourselves of the one thing we most want to ignore.

Suffering comes to everyone, but God suffers with us.

Yes God so loves this world, but in this world you will have trouble.

But you don’t have to face it alone. This is God’s gift to us, not to remove the pain, but to give us a community, a new kind of family to walk with us through it.

To remind us, “Don’t give up, keep pushing, keep breathing, keep hoping keep moving forward.” On our best days when the church gathers, this is what we whisper in one another’s ears.

The Church isn’t just The Bride of Christ, She’s also a Midwife.

*This is not to dismiss the many psychological benefits and valid causes for medication like depression.

February 21, 2017
The Gospel According to Stranger Things: The Cost of Progress
Next Post

March 7, 2017 The Gospel According to Stranger Things: The Call to Worship
Recent Comments
0 | Leave a Comment
Browse Our Archives
Follow Us! 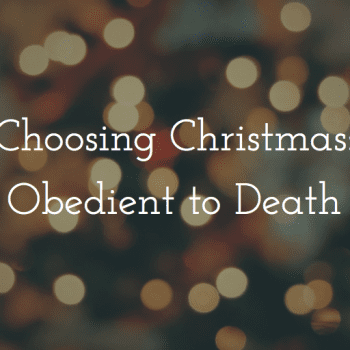