The Gospel According to Stranger Things: The Cost of Progress

The Gospel According to Stranger Things: The Cost of Progress February 21, 2017 Jonathan Storment

[When] we live in a universe where we are in charge, all we see on the horizon is our end. -Alyssa Wilkinson

Robert Joustra and Alyssa Wilkonson watched a lot of zombie movies in order to write a book about Christianity.

Their book How to Survive the Apocalypse is one of the better books I read last year as Joustra and Willlkinson tried to make sense of the world we live in by watching and explaining the stories that we are telling ourselves.

To that end, they watched and dissected everything from Game of Thrones to Breaking Bad and the Hunger Games.

Their book is a fairly comprehensive look on the dystopian tales that are so prevalent today in our movies and TV Shows. They are trying to answer the question “Why are we telling ourselves these kinds of stories?”

After all, for all intents and purposes life seems to be going better than ever. At least in the West, where these stories are being created, we have more freedoms than ever, we are more secure than ever, more comfortable than any point in history and with amenities that our ancestors could only dream about.

And yet a large portion of our mass-produced stories are dark dystopian projections of our greatest fears.

Take the Hunger Games for example.

Prisons Come In All Shapes and Sizes

It’s the not too distant future, and things are bad. There’s been some kind of war in the United States that has led to a catastrophic re-organizing of our government. Now there are 12 different districts from around the country,all of which live in poverty.

Each district is annually required to send two young adults as tributes to fight to the death in order to keep the peace and maintain the Capital’s control.

But as the story goes on you realize that the people who live in the districts aren’t the only ones who are oppressed.

Here’s the way Joustra and Wilkinson say it:

Citizens of the Capital are enslaved not by threats of coercion but by their own hedonistic desires and excess. And the Capitol is a hedonistic world, modeled on the Roman Empire at the height of its image-obsessed, self-gorging, bread-and-circuses excesses. This has become such a normal way of life for the residents of the Capitol that it barely registers to them that the Hunger Games are real – in their minds, this is all pageantry and entertainment, but the fact that twenty-four teenagers are about to fight to the death and actually die isn’t a real problem, as long as it’s entertaining. So, distracted by the entertainment and thus numbed to the true injustices that are taking place within their country – since they don’t affect them directly – the residents of the Capitol fall victim to a “soft tyranny,” one in which they are so enslaved by their own hedonism that they don’t see what’s really going on around them. In essence, blind consumerism keeps the people happy and oblivious while their freedoms are taken away from them little by little. They are sedated by screens. In this way, The Hunger Games functions as a biting critique of entertainment culture, suggesting that we trade awareness for the soft, drug-like mesmerization of entertainment and excess.

They live in a prison of their own making.

Last time, I talked about the relationship between science and magic, and how the show Stranger Things  was able to re-connect (or in David Dark’s language re-ligio) those back together.

I pointed out that both magic and science grew out of humanity’s desire to take control of the things around us. But whereas magic failed, technological improvements kept succeeding.

But this week I want to point out the costs of those successes. In Stranger Things, they were able to successfully punch a hole in another dimension (the upside down) but in their attempt to develop some new weapon to defeat Russia, they also released some kind of monster into our world.

And here’s where ST is more fact than fiction.

Back in the 40’s and 50’s, the Western views of progress were incredibly optimistic. Flipping through a few pages of Popular Mechanics from that era you’re reminded of how we ever put a man on the moon (and yet disappointed that you never got your flying car).

Watching predictions from these people who were on the cutting edge of one technological breakthrough after another makes us nostalgic for the days when we thought that the human condition was just one invention away from being fixed.

But today, after decades of improvement, we (or at least our story-tellers) have learned that technological advances don’t necessarily mean advancements in virtue or character. In fact, they often are the very things that undermine it.

We now have the capacity to treat cancer, give antibiotics and do surgery with lasers…As well as the ability to split an atom and kill millions.

The human race is in as much control of our destinies as we have ever been, and yet when we look forward all we see is the doom of our own making.

Think of any of the futuristic movies/shows/novels you have read in the past few years. How many of them paint a dark and bleak future? Can you name any that can paint anything resembling a utopia without a dark underbelly?

I’m thinking now of the BBC show Black Mirror, or Mad Men, or just about every summer blockbuster for the past 10 years. The cost of progress is apparently our imagination for a better world.

We used to imagine creating utopias, now all we seem to be able to imagine is dragons.

We have created a future where we  have everything we ever wanted and now we see that it isn’t enough to deal with our human condition and yet we’re terrified it will be taken away.

There’s a story close to the beginning of the Bible, where humans have made a huge leap in technological achievement. We’ve just invented the brick, and now we have big dreams for what that will lead to.

So some people get together and think, what if we build a tower that can reach to Heaven? Then we will be able to make a name for ourselves, ostensibly making us eternal. And God comes down and thwarts their plan, not according to Genesis, out of concern for Himself, but out of concern for what this hubris might do to our souls.

There is a Cost of Progress that we see played out every day of our modern lives. It is an existential angst about what we are capable of doing to one another in order to build our towers.

It is the cost that comes when we realize that the monster isn’t just out there.

The monster is, as the end of ST suggests, staring back at us in the mirror. 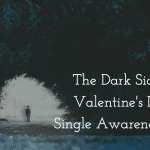 February 14, 2017
The Dark Side of Valentine's Day: Single Awareness Day
Next Post 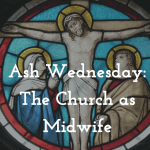 February 28, 2017 Ash Wednesday: The Church As a Midwife
Recent Comments
0 | Leave a Comment
"This blog post has been on my mind a lot recently. I have a lot ..."
Ryan Self The Church, Orlando, and Love Without ..."
"I wish you well in the next stage of your ministry.Will we still be able ..."
Summers-lad Leaving Highland: Goodbye Abilene
"I see so you have no arguments and resort to name calling. I am a ..."
Mr Kish The Parable of the Good Muslim
"I have read up to chapter 10 so far. You clearly have not read it ..."
Mr Kish The Parable of the Good Muslim
Browse Our Archives
get the latest from
Evangelical
Sign up for our newsletter
POPULAR AT PATHEOS Evangelical
1

Evangelical
The Gospel According to Stranger Things: The Call...
Jonathan Storment

Evangelical
The Gospel According to Stranger Things: I Believe...
Jonathan Storment 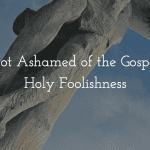