Be Excellent to One Another: Bill & Ted Go To Church

Be Excellent to One Another: Bill & Ted Go To Church May 23, 2017 Jonathan Storment 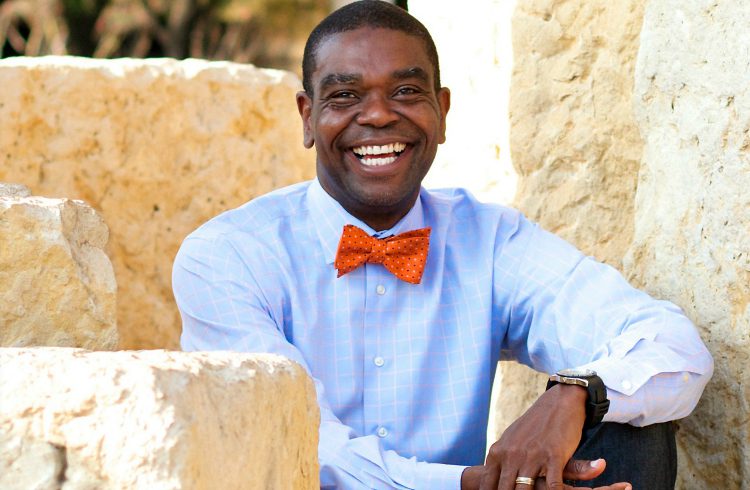 This week’s post is by my friend Sean Palmer. Sean is the new Teaching Pastor at Ecclesia in Houston, He’s a member of Missio Alliance and writes regularly at his own site as well. Sean also co-hosts an excellent podcast “Not so Black and White”

The Rabbi answered, “It is when, at a distance, you can look into the face of another and see a brother or sister.  Until then, it is night.”

Last year I was introduced to the music of The Brilliance. At the same time I met their bassist and singer, David Gungor. I spent all of Lent listening repeatedly to The Brilliance’s song Brother — written by the band and our mutual friend, Ian Cron. The lyrics are simple and beautiful.

If anything has been lost at the moral center of Christian faith it is the mandatory, but difficult practice of loving our enemies. Given the popularized versions of contemporary Christianity an impartial observer might easily note much of what Christians are called to ethically, but I suspect few would imagine that basic love for others is among them, especially when the other is truly Other.

All the same, to look upon those who disagree with you, malign and mistreat, and marginalize you is part and parcel of what it means to walk with Jesus. And the reason for all this is fairly simple.

The Apostle Paul puts it this way:

We gloss over all this because, let’s face it, the burning issues between Jews and Greeks aren’t dominating the headlines. There’s no Jew vs Greek Debate Countdown Clock on the bottom corner of your favorite cable news show.

Truth is, we kinda think the whole thing is silly, people arguing about circumcision and food laws. It all seems like frivolity.

But when we push passed the historical distance, at the very least Paul reveals that the gospel is more than assuaging individual guilt about sin. There is another level. A level at which knowing Jesus presses us to see others differently. It’s not just a slight difference either. It’s profound. Not only are we to no longer live to by the standard and even biological distinctions of our world, but as “children of God,” that is, as brothers and sisters.

There’s a lot at play when we treat each other as siblings, but one unavoidable implication is that we can’t avoid each other — at least not avoid each other without that very avoidance testifying to the world that the family is thoroughly dysfunctional.

In the simplest possible terms, Christians belong to one another.

Paul says it this way later in Galatians, “Bear one another’s burdens, and in this way you will fulfill the law of Christ.” – Galatians 6:2

Now, most of us don’t have the need to hunt and peck the English language to make sure the words we’re using are the right words, but every now and then, I do. You know what’s funny? Because English speakers are lazy about language we don’t like when two words have close to the same meaning if there’s not a meaningful difference in those words.

One of the places we’ve done this is with the terms “one another” and “each other.” Bill and Ted once urged the world to “Be excellent to each other,” but that’s not what they meant. What they really meant is “be excellent to one another.”

“One another” is different.

I wonder what it would look like if Christians took this seriously. We would go to church differently, we would vote differently (imagine if Christians were known for going into the voting booth thinking, “My vote is an opportunity to bear another’s burden. It’s not what I need, it’s about what other people need.”)

You don’t have to be among a large group of people to know that there are families who are overwhelmed, couples sandwiched between carrying for aging parents and launching their adult children into the world properly. There are grandparents pulling more than a grand load.

I was sharing with some friends earlier this week my slight irritation with people who live close to me, listen to our church’s sermon podcast, but don’t worship with us. For a while I’ve tried to put my finger on the source of my displeasure and whether or not it’s justified. I think I’ve stumbled on the reason: We are a church. There are real people here.

We have relatives who die. We get bad diagnosis. People go without work when they really need to money. We are worried about our children, the big ones and the little ones. We are still grieving from deaths that took our breath away. And if being a church means anything — at least to me as the gray hairs start to overtake the black ones — it’s that we should be excellent to one another, we can bear one another’s burdens.

But that’s not limited to church our local communities. It’s so very easy — and I’m as guilty as anyone — of not bearing my brother’s and sister’s burdens. Sometimes, I add to them.

So this week, give this a try, find someone and bear their burdens. 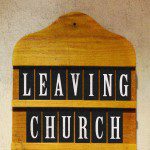 May 16, 2017
Leaving Church: Jesus Leaves Churches Too
Next Post

May 30, 2017 A Beautiful Gospel: Singing Your Way to Wonder
Recent Comments
0 | Leave a Comment
Browse Our Archives
get the latest from
Evangelical
Sign up for our newsletter
POPULAR AT PATHEOS Evangelical
1