A Beautiful Gospel: Singing Your Way to Wonder

A Beautiful Gospel: Singing Your Way to Wonder May 30, 2017 Jonathan Storment

Som Sabadell from Onidea on Vimeo.

I’ll get back to this video in a second.

I go to church with a guy named Richard Beck, popular blogger, author and one of my best friends in Abilene. Richard is also one of the most intelligent people I know, and according to him, years before we met, he was just barely hanging on to his faith.

He’s extremely educated, and had become cynical and disenchanted with the Christian faith. But then Richard started doing something that a lot of people in his situation might find surprising.

He stopped focusing his energies on thinking about Christianity, and started trying to practice it.

So Richard began to attend an outreach service our church has in an lower socio-economic part of town, where he was surrounded by people dancing and swaying and raising their hands and shouting…a novel experience for a college professor accustomed to worshipping with other highly-educated people.

And he began serving in the prison ministry out at the local prison.

If you want to read more about how this transformed his faith and life, I recommend you check out his great book “Reviving Old Scratch” or read his popular blog.

But what interests me is what Richard does in the prison ministry when he goes.

Some night singing is the main thing we do. The men calling out songs and all of us joining in. Singing, I’ve come to see, is spiritual warfare. Singing is how we come alongside each other to lift our spirits in the midst of darkness and despair. Singing is exorcism. I feel this acutely as our voices ring out in the prison. Some nights I can tell the men are down, depressed, discouraged, despairing. Satan is winning the battle against hope. The men live in a brutal, inhumane place, and some weeks are harder than others. So when I discern the spirits and get a sense that it’s been a particularly difficult week, I make sure we pass out the songbooks.

Worship that Leads to Wonder

I did jail ministry in Ft. Worth for several years, and I tell people often, I’ve worshipped in Cathedrals and Mega-Churches, I’ve been to Hillsong concerts and sang in choirs in Israel, but I’ve never experienced better worship than with those 30 guys in a jail cell singing at the top of their lungs about how Jesus has saved them from themselves.

A few months ago, I wrote about how beauty is an apologetic, it is a way that we can glimpse the beauty of God in a broken and often heart-breaking world. And I mentioned about how music is one of those ways of reporting a transcendent reality that other kinds of apologetics can’t even come close to.

I believe this is true deep in my bones. It’s one of the great deficiencies of our modern world, in our secular age, we struggle to describe why music touches us so deeply, and even more tragic, we have largely lost transcendence to sing about.

So now we sing about hooking-up,

Last year, I read about the Hungarian composer Gyorgy Kurtag make what I consider to be a remarkable confession. Kurtag was wrestling with what it means to be an atheist when it comes to his love of Bach.

Here’s how he says it:

Consciously, I am certainly an atheist, but I do not say it out loud because I Iook at Bach, I cannot be an atheist. then I have to accept the way he believed. His music never stops praying. And how can I get closer if I look at him from the outside? I do not believe in the Gospels in a literal fashion, but a Bach fugue has the Crucifixion in it – as the nails are being in. In music, I am always looking for the hammering of the nails….That is a dual vision. My brain rejects it all. But my brain isn’t worth much.

Maybe you’ve seen this video before, it’s of the flash mobs symphony genre, and it is amazing!

In some little town square, the world was transformed for a few brief minutes as an orchestra descended and began to play and sing Beethoven’s 9th. I absolutely love videos like this, watching the awe come over the faces of people as they are transformed from everyday civilians to witnesses of glory.

But my favorite part is when the choir starts to sing. A rough translation of some of these words are:

Joy is drunk by every creature

From Nature’s fair and charming breast;
Every being, good or evil,
Follows in her rosy steps.

Embrace each other now, you millions!

The kiss is for the whole wide world!
Brothers – over the starry firmament
A beloved Father must surely dwell.

Do you come crashing down, you millions?

How wonderful are these words? A loving Father must surely dwell…This is a kiss for the whole wide world!!

I find especially haunting that question “Do you sense the Creators presence, world?” As if the whole symphony was written as a question that comes to a point in that moment.

As in, “What are you going to do with this?”

I read once that by the time that Beethoven had written this symphony he had already lost his hearing. And when it was first publicly played he was the only person in the audience who couldn’t hear it.

But despite his hearing loss, he still served as the conductor. Eye-witnesses would later say that he was so into the moment it looked as if he was trying to play ever instrument and sing every part. He “gesticulated furiously” waving his arms, stooping to the ground repeatedly and jumping in the air as he was trying to pull every ounce of talent out of his musicians.

At least to Beethoven. Because unbeknownst to him, while he was facing the orchestra, the crowd had given no less than five standing ovations! Finally, a friend came and turned Beethoven around so he could see how much people loved it.

I think of that moment from time to time, the stony silence that greeted Beethoven’s ears, how this beautiful music that he had written, the kind that can stop traffic in a city to this day, Beethoven himself was never able to hear.

Maybe the beauty that we take for granted everyday is the soundtrack to God’s affirmation of the world that He created and thinks is good.

I find it extremely sad that Beethoven couldn’t hear this gorgeous piece of music, but I find it even sadder, that so many of us are deaf to the beauty that is playing all around us everyday.

Because at least Beethoven wanted to.

In fact, his last words on his death bed were, “I shall hear again in Heaven.” 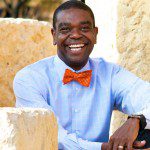 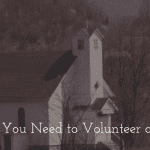 June 6, 2017 Why You Need to Volunteer At Church
Recent Comments
0 | Leave a Comment
Browse Our Archives
get the latest from
Evangelical
Sign up for our newsletter
POPULAR AT PATHEOS Evangelical
1