A Lutheran Evaluation of the Five Points of Calvinism

Often in evangelicalism, the question is asked “are you a Calvinist or an Arminian?” No other alternatives are given. How should a good Lutheran answer this question? Some would day that they agree with only the first two points of the acronym TULIP but rejects the rest. A more nuanced view, which I would take, is that there is truth to be affirmed in four of the five points. Now to go through each point:1. Total Depravity- The Lutheran language on this point differs, as “the bondage of the will” is spoken of rather than total depravity; this is due to a possible misunderstanding that mankind is as evil as possible (utter depravity). However, the theological point remains the same. Humans are unable to approach God apart from grace, because the sinner’s will is fallen; they are in bondage to sin. 2. Unconditional Election- Lutheran theology affirms, along with Calvinism, that God’s election unto life is unconditional. God does not elect based on foreseen faith or merit, but out of pure grace with no regard to the behavior of the elect sinner. Thus, on this point here is also agreement, though it is to be noted that Lutherans reject the negative side of this teaching, that God predestines people unto death. In Lutheranism, predestination is single rather than double. 3. Limited Atonement- This is the major area of disagreement with Reformed Theology. Lutherans affirm a universal saving will in God, as well as a universal atonement. The atonement was objectively given for all, but its benefits must be subjectively received by faith. For more on this point, see my article here, or listen to this podcast on the subject. 4. Irresistable Grace- On this point, there are both areas of agreement and disagreement. Along with Calvinism, Lutherans affirm that when one is saved, it is the result of sovereign grace overcoming the sinner’s fallen will, and not in any way the result of a free decision on the part of man. Lutherans also affirm that God’s election will always result in final salvation; in other words, election is immutable. However, we don’t limit saving grace to the elect, but teach that grace is universal in scope and intent. For more on that point, listen to this program. 5. Perseverence of the Saints- On this point, as with the fourth, there is both agreement and disagreement. It is unfortunate Lutherans too often confuse this doctrine with the idea of “once saved always saved”, and thus reject the entirety of the Reformed doctrine. This idea is that if one “accepts Christ” at some point in their life, they may then live as they please and still gain eternal life. This is not and never was the Calvinistic doctrine. The Calvinist’s doctrine of perseverence is the outcome of the doctrine of election. Those whom God elected, He will preserve until the end. All of God’s elect will be finally saved. It emphasizes the reality that it is God who preserves the elect in faith. Regarding monergism, there is agreement here. Lutherans too argue that perseverance is the sole work of God, not of man. However, we confess that some do depart from the faith, and lose their salvation. You can read my article on that subject here. The difference between Lutheran and Reformed theology on these points is that the Lutheran system allows seeming tensions to stand side by side, as both are affirmed in Scripture. God’s grace is universal, yet those who are saved are so by grace alone. One who is saved is elected unto salvation unconditionally, and the glory goes to God; one who is damned is lost only because they purposefully rejected God’s grace, all the blame goes to the human person.

June 3, 2014 Zwingli on the Lord's Supper
Recent Comments
0 | Leave a Comment
"Hey Jordan,Appreciate this post here brother. In fact I agree with what you say about ..."
Jonty Limited Atonement in Hebrews
"agree with Lee!"
Tom Blair Thoughts on Mercersburg Theology
"Actually you didn't. You dealt with Barth menage a trois but you didn't deal with ..."
Rick Casey Karl Barth is Overrated
"Finally! Someone's finally had the courage to say Barth isn't all that! His early work ..."
Rick Casey Karl Barth is Overrated
Browse Our Archives
Related posts from Just and Sinner 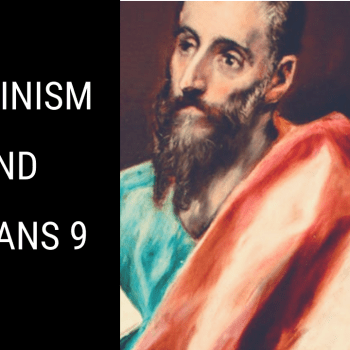 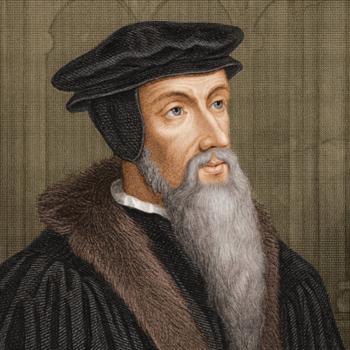 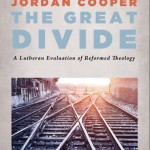