A Review of Luther on the Christian Life: Cross and Freedom by Carl Trueman

A Review of Luther on the Christian Life: Cross and Freedom by Carl Trueman March 3, 2015 Jordan Cooper

I am always a little wary of books written on Luther from those who are not part of the Lutheran tradition. Like Bonhoeffer and C.S. Lewis, every tradition wants to claim Luther as their own, and thus books on Luther often emphasize the particular aspects of his theology that are consistent with the author’s views. Though I have appreciated the work of Carl Trueman in the past, I will admit that I was somewhat cautious when approaching this volume, wondering if there would be an inordinate amount of space devoted to Luther’s Bondage of the Will, and little discussion of Luther’s sacramentology. Thankfully, none of these fears were realized when reading this book. Trueman offers an accurate and honest picture of Luther, acknowledging his own disagreements with the Reformer.

This book is written from a popular perspective, rather than a particularly academic one, and is immensely readable. One will not get bogged down in footnotes, though it is apparent throughout the work that Trueman is very well informed of Luther’s thought as well as contemporary Luther scholarship. Trueman begins the book with a brief overview of Luther’s life, contending that his life must be understood in order for one to comprehend the nature of his thought. He then proceeds to extrapolate various aspects of Luther’s theology throughout the following chapters.

Like most works on Luther, Trueman spends a majority of his writing on Luther’s early writings. He devotes a large amount of space to Luther’s Heidelberg Disputation, and his 1520 reformation treatises. Yet, Trueman does recognize the importance of the late Luther, and contends that one has an imbalanced view of the Reformer by neglecting the post 1525 writings. He argues that this difference in approach is due to Luther’s early eschatological expectations which were not realized. Trueman, rightly I think, argues that the later Luther emphasizes good works due to his controversies with the antinomians, and even teaches something like a “third use of the law,” even if that specific terminology is not utilized. These topics are discussed in his chapter “Luther on Christian Righteousness,” which is the most original contribution Trueman makes in this work. He demonstrates that Luther does not view sanctification merely as “getting used to justification,” but as a process of spiritual growth. Because of Luther’s heavy emphasis on the distinction between law and gospel, this aspect of Luther’s theology is often ignored.

As a historian, Trueman expounds Luther in light of his late medieval context. This allows Trueman to deal more honestly with categories like “theologies of glory,” and “theology of the cross.” He explains them as an expansion and rejection of various aspects of medieval theology and piety, while not arguing that they are overarching theological categories by which all theology must be judged (a problem many contemporary Lutheran theologians have). He also places the Bondage of the Will in its proper context without trying to prove that Luther was a double-predestinarian Calvinist. In his chapter on the sacraments, Trueman clearly articulates a Lutheran approach to baptism and the Lord’s Supper, while acknowledging his disagreement with Luther on these particular points. He gives some helpful clarifications to try to help Protestants gain a sympathetic understanding to Luther’s concern on these points.

There are two primary issues I had with this work. First, Trueman makes the contention that Luther’s sermons follow a law-gospel structure. He writes: “The modern reader of Luther’s sermons will probably also notice that, after a while, the sermons all start to seem much the same. That is because the law-gospel pattern is reflected in them all” (95). While Luther certainly preaches law and gospel in nearly all of his sermons, he does not adhere to a strict sermon structure. At times, Luther was fine ending his sermons with commands. For example, in a 1535 sermon on covetousness, Luther ends his message saying:

In this example of the rich man and poor Lazarus, we have a terrifying and earnest lesson against covetousness. It is a particularly shameful evil at work among greedy, loveless people, full of great injustice, thwarting all the fruits of the gospel. The Lord rebukes this evil, therefore, for good reason, especially since it adorns itself as a virtue, refusing to be viewed as sin. If we find ourselves in it, may God help us, so that we come free of it. Amen. -Complete Sermons of Martin Luther 6:240.

This is not merely the late Luther, but it is the early Luther who preached his sermon on the Two Kinds of Righteousness, which utilizes a justification then sanctification structure. I don’t think Luther can clearly be placed in one particular mode of preaching, though the law-gospel structure is certainly prominent.

The second issue I had with this book is Trueman’s contention that Luther is in accord with late medieval Nominalism and rejects essentialist ontology for one of God’s Word. This is a common contention in Luther scholarship, but I simply don’t find the case compelling. Luther’s most oft-cited sources (Tauler, the Theologica Germanica, etc.) are rather Platonic in outlook. Luther also approved several of Melanchthon’s works which utilized traditional Greek philosophical categories.

Though not a perfect work on Luther, this book is an immensely helpful introduction to the Reformer’s thought. Trueman’s approach is balanced, and he emphasizes the most important areas of Luther’s life and thought in an immensely readable and practical volume. 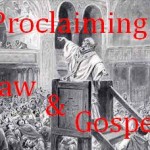 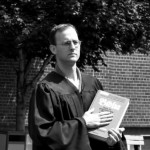 March 4, 2015 Facing Hostility, Can Some Christian Colleges Boldly Continue to Welcome All?
Recent Comments
0 | Leave a Comment
Browse Our Archives
get the latest from
Evangelical
Sign up for our newsletter
POPULAR AT PATHEOS Evangelical
1

Why John Piper Does Not Want...
Roger E. Olson
Related posts from Just and Sinner 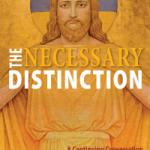 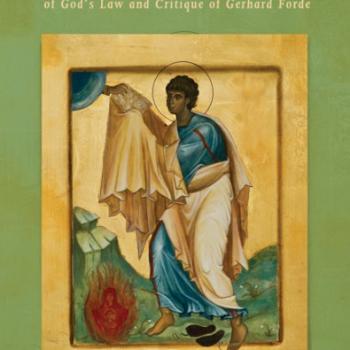 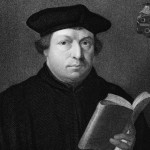 From Theistic Evolution to Intelligent Design: Why I...
In light of a recent debate on evolutionary theory, Erik Strandness explains why...
view all Evangelical blogs
What Are Your Thoughts?leave a comment
Copyright 2008-2020, Patheos. All rights reserved.