On Compassion Toward Transgendered Individuals

I arrived at my office to find a letter from a podcast listener. I receive these on occasion from those who do not send emails. There is one particular atheist who has sent letters to my office quite a few times which are, quite frankly, pretty philosophically and historically preposterous. I don’t really have any desire to deal with such things. However, the letter I recently received was quite different. This was from a transgendered individual, asking me to deal with that particular issue with care, and sharing their own personal story of transitioning. I thought that such a letter was worth engaging, especially since someone took the time to hand write something, which is quite a rarity these days! [1]

To be frank, I have not had any desire to get heavily involved in debates over homosexuality or the transgender issue. That’s not to say I don’t think they are worth being addressed; I do. And when the subject comes up, I speak about it from a traditional Christian perspective. But, the brunt of my work is to speak on issues related to Lutheran Orthodoxy and engage in inter-denominational dialogue and debate. Thus, I have only devoted one program to the question of transgenderism. There are others who are far more equipped than I to deal with all of the various psychological and medical questions involved in this issue, and I would urge others to look to those sources first. However, since I have done a program on the topic, and since this has lead to some questions, I will seek to give some thoughts as much as those may be worth.

In this letter, the individual was concerned that I had spoken with harshness and hostility toward transgendered individuals. If my tone toward people in that movement seemed hateful, I apologize. I do not believe that Christians should have anything but love and compassion toward all individuals, including those who are transgender. This question is not a mere theoretical one for me, as if I have never encountered people who identify as trans. For whatever reason, this seems to be the assumption of the person writing this letter. I was raised in Western Massachusetts (a very liberal community for the most part), and I have been aware of transgendered people as far back as I can remember. For me, these issues are not as new as they seem to be in the broader cultural landscape. I have had conversations with these individuals, and do not believe that I have treated them any differently than I would with any other human being created in the image of God. I have been in ministry situations where I have had to stand up for such individuals because of the way that other Christians spoke to and about them, as if such issues made them sub-human.

With that being said, I cannot ignore the issue or simply affirm the current cultural biases simply due to my own experiences or desires. I certainly recognize the struggle that these people face, and I have compassion on them for such psychological distress, but that in and of itself does not determine what is true. I, personally, have struggled with psychological issues for years which have sometimes been completely debilitating. That does not mean they are the same issues, of course, but I can empathize with many of the feelings and struggles faced by trans people. Yet, Scripture is rather clear regarding the differences between men and women.

It is too often assumed that Christians are opposed to homosexuality and trans issues simply due to personal biases and prejudices. While perhaps this is the case at times, in my experience this is simply not true. There is an inherent created order which includes both male and female. This begins in the book of Genesis, is part of the Jewish civil law, and is then reiterated by Jesus and Paul. There have been numerous books and articles on this subject which are available for those looking for the Biblical basis for the essence of the male-female binary which is inherent in the human species. In my experience, those who change their views on the topic never do so on the basis of Biblical texts, but merely out of their own experience or desires [2]. The fact is that no amount of personal experience denies the clear teachings of Holy Scripture on the subject.

I know that it is an unpopular opinion, but I believe that transgenderism is a psychological disorder. I don’t know all of the causes of it, as I am no expert on the subject. This does not negate the humanity of such people to identify it as such. I myself have a psychological anxiety disorder, and so I am in no way intending to belittle those who are burdened with such things. I believe that all such disorders are the result of sin, and that they are an unfortunate cross that humans have to bear until death. With that said, I do not believe that transitioning is the best way to handle such a disorder. As I’m sure many are aware of, there have been several cases of transgender regret, because surgery often does not actually solve the underlying issues. In other cases, I am told that it does help one’s psychological state. I cannot speak to all of the particulars of these subjects, because it is not an area in which I am well-read enough to make definitive statements. However, what I can say definitively is that Scripture teaches that God created humanity as male and female. Certainly, there are some who are intersex, but I do not believe that this gives any precedence to the idea that gender is just some kind of fluid thing where one can simply place themselves somewhere on a large spectrum.

I don’t know what my comments are worth on this subject, as this is not an area of my own academic study, and several people have done the further work necessary for the topic than I am able at the moment. However, I can speak to this issue as a pastor who has had to address these questions on many occasions. As a Christian, my basis of truth is in Holy Scripture, and in the sacred texts, I see no room for a transition from one gender to another which is a sinful denial of one’s created nature [3]. This has been the testimony of Christians throughout the centuries. Love should always be shown toward trans people, but such love should not deny the reality of God’s created order, and thus I am bound to say that transitioning is not a valid or God-honoring treatment for such feelings.

[1] The individual addressed here wished to remain anonymous.
[2] I am sure that some would claim otherwise, but I am not convinced that such ideas ever come from a sincere desire to understand the text. More often than not, I have seen a change in views on this subject also impact one’s perspective on Biblical inspiration. I do not believe that to be a mere coincidence.


[3] I am excepting intersex persons here, which I believe to be a separate (and important) question.
Previous Post 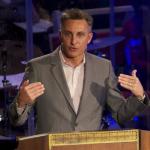 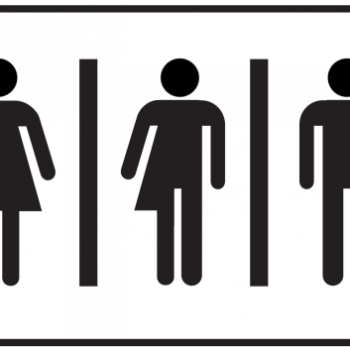 Evangelical
The Roots of Modern Gender Theory
Just and Sinner 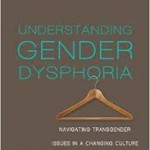 Evangelical
Satan’s Marketing of Disorder: Why Christians Must Shout...
Just and Sinner 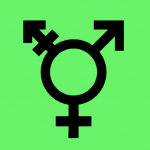 Evangelical
If Gender is Flexible, Why Not Race?
Just and Sinner
TRENDING AT PATHEOS Evangelical

Is God's Power Intrinsically Oppressive?
If power and privilege are always oppressive, as postmodern critical theorists maintain,...
view all Evangelical blogs
What Are Your Thoughts?leave a comment
Copyright 2008-2017, Patheos. All rights reserved.