E.P. Sanders and the New Perspective on Paul

s says in some sense yes, and in some ways no. In many ways, his categories were much different. For example, he discusses the new exodus, not in covenantal categories, but instead as the escape from one aeon to another. Paul does accept the basic idea that in the new covenant there is salvation, and those outside of the covenant will not receive salvation. One enters into the new covenant by baptism, through grace, and must keep with repentance to stay within the covenant. This is seen as he often talks about justification by grace in the past tense, but in Romans 2 is able to speak of a future justification by works. However, he differs in his description of personal transgression. Transgression for Paul is not seen as something which will exclude one from the covenant, but as something which affects one’s mystical union with Christ. While Paul does sometimes speak in covenantal language, the covenantal nomism category does not fit his emphasis on the new creation. Essentially, while Paul accepts some aspects of Jewish soteriology, it is inconsistent with his participationist categories, “the primary reason for which it is inadequate to depict Paul’s religion as a new covenantal nomism is that the term does not take account of his participationist transfer terms, which are most significant terms for understanding his soteriology.” (pg. 514)

Sanders gave a much fuller treatment of Paul in his 1983 book Paul, the Law, and the Jewish People. In this book, like in the previous, Sanders contends that contrary to Protestant ideas Paul did not see the law as impossible to fulfill. The usual proof text for this idea has been Galatians 3:10, “Cursed is the man who does not continue to do all things written in the book of the law.” According to Sanders, Paul, after connecting blessing with faith, looks for a verse in the Old Testament that he can use to connect “curse” with “law.” This happens to be the verse he finds. The focus is not on “all” rather, it is on the fact that the law brings a curse. This reinforces Paul’s main idea that salvation comes by faith in Christ and not the Jewish law. Paul at times upholds the possibility of perfection under the law, but at other times makes it clear that all men in one way or another do sin. Paul never understood that these ideas might be mutually exclusive. In Galatians 5:3, Paul does make some use of the word “all” in Deuteronomy 27:26. The point that Paul is making is that if one is circumcised, as the Judaizers demanded, he must obey the entirety of the ceremonial law. What Paul sees as wrong with the law as a way to righteousness is not that it is impossible to fulfill, but that it is not the correct kind of righteousness, which is faith in Christ. Sanders agrees with Stendhal’s reading of Romans in seeing it’s theme as the relation between Jew and Gentile rather than individual salvation. He agrees with most Protestant exegetes in viewing Romans 1:16 as the theme of the rest of the book, however Sanders “would put more emphasis on the second part of the verse (to all who have faith, the Jew first and also the Greek)”(pg 30) While righteousness is an essential aspect, it is essential because it expresses the unity between Jew and Gentile. Sanders evaluates Romans 3-5, which is usually used to defend the “Lutheran” idea that the law leads to boasting because, in a Pelagian sort of fashion, one thinks he can save himself by his own obedience. Sanders believes that this boasting is not connected to any sort of legalism, but to status as a Jew. The law leads to boasting in one’s ethnicity and status as among the covenant people of God. Romans 10:3 had often been used to support the legalistic understanding of Judaism where Paul contrasts a righteousness of “their own” with that “of God.” Sanders sees “their own” righteousness not as something they did to merit salvation, but the righteousness of Israel which excluded gentiles. Sanders sees Paul’s righteousness of “my own” in Philippians 3 in the same way. It was Paul’s righteousness as a zealous Jew who believed himself to be of the covenant people of Israel, separated from Gentiles.With all this being said, it might seem as though Paul did not have a view of universal sinfulness. To the contrary, Paul does believe in universal sinfulness and does use it in his argument. However, it is only used as a backdrop to explain why righteousness comes through faith to both Jew and Gentile. “Yet it is apparent that the argument is based on the conclusion, rather than the conclusion on the argument.” (pg 35) Paul contradicts himself in Romans 2 and 5. In chapter two he assumes that it is the same law that judges everyone, yet in Romans 5 he sees the law that condemns only the Mosaic Law, as sin was not imputed until the Mosaic Law came. This inconsistency can be explained because Paul’s purpose was not primarily to explain the plight of man, but the solution.All of this shows that Paul was in a dilemma about the role of the law in salvation history. He attempted to somehow connect the law with sin and the curse, rather than salvation. Though he recognized that in the sense of the Old Testament, Jews would not have been considered sinners, “observant Jews are not in fact sinners by the Biblical standard” (pg 68) He sought to explain the law as serving a pedagogical purpose for the Jewish people. Paul, after explaining that gentiles are imprisoned by stoicheia, beings they worshipped which are not gods, shows that the law did essentially the same thing. This is why in Galatians, he can discuss the “we” and “us” that have been imprisoned, including both Jew and Gentile. All of this shows that Paul rejected his covenantal nomistic past as he did not see righteous, law abiding Jews as among the people of God, but saw them in the same predicament as gentiles.With all this negativity toward the law in Paul, how do his positive statements about the law fit into his own theology? He sees the law as something that both Jew and Gentile must die to. He does not carefully distinguish the categories of moral, civil, and ceremonial law, as did the medieval scholastics. Christ is the end of the whole law. Paul therefore, sees the law as given purposefully by God, never as a means of salvation, but with a view toward the faith to come. In the end Sanders states, “All Paul’s statements cannot be organized into a logical whole.” (pg 86)

Paul does see Christians as having a duty to fulfill the law. Though he did not “work out a full halakic system,” (pg 95) Paul does give ethical commands in his epistles, which are often connected with Old Testament principles. However, it is not so simple as to say that Paul was urging his gentile converts to adopt a Jewish lifestyle apart from certain rituals of course. Not all the ethical principles Paul adopts are necessarily Jewish, although he does use Old Testament references to defend himself. So which of the Old Testament laws does Paul expect Christians to follow? The distinction between moral and ceremonial law does have some merit in Paul, as he seems to reject those aspects of the law that, “created a social distinction between Jews and other races in the Greco-Roman world.” (pg 102) This again goes back to his central conviction that salvation comes only by faith in Christ through Jew and Gentile alike, thus any barriers between these two people groups must be removed.

June 3, 2014
Three Reasons why I am not a Roman Catholic
Next Post

June 3, 2014 James Dunn and the New Perspective on Paul
Recent Comments
0 | Leave a Comment
"Paulson uses VERY bad - and suspect - language in the referenced statements. Even total ..."
Mollie My Problem with Steven Paulson’s Theology
"Since marriage involves the taking of vows, I don't see why marriage to Christ for ..."
Cheryl Butler-Drake Can There Be Protestant Monasticism?
"Hey Jordan,Appreciate this post here brother. In fact I agree with what you say about ..."
Jonty Limited Atonement in Hebrews
"agree with Lee!"
Tom Blair Thoughts on Mercersburg Theology
Browse Our Archives
Related posts from Just and Sinner 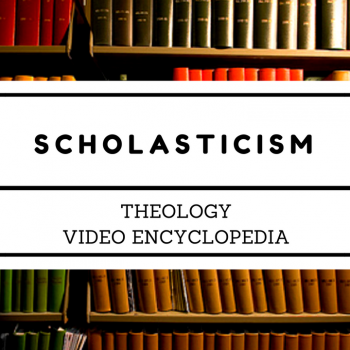 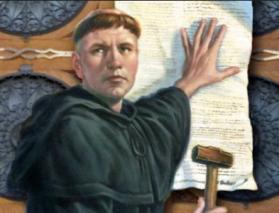 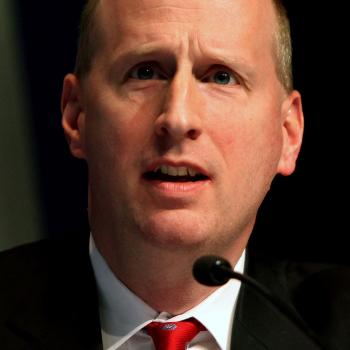