June 3, 2014
A Review of "Inhabiting the Cruciform God" by Michael J. Gorman
Next Post

June 3, 2014 A Review of Matthew Levering's "The Theology of Augustine"
Recent Comments
0 | Leave a Comment
"Hey Jordan,Appreciate this post here brother. In fact I agree with what you say about ..."
Jonty Limited Atonement in Hebrews
"agree with Lee!"
Tom Blair Thoughts on Mercersburg Theology
"Actually you didn't. You dealt with Barth menage a trois but you didn't deal with ..."
Rick Casey Karl Barth is Overrated
"Finally! Someone's finally had the courage to say Barth isn't all that! His early work ..."
Rick Casey Karl Barth is Overrated
Browse Our Archives
Related posts from Just and Sinner 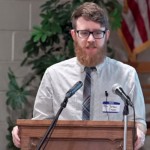 Evangelical
Lecture on the Mystical Union
Just and Sinner 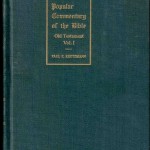