Lutherans and the Use of Images

One of the things that initially scared me away from Lutheran churches was the crucifix placed in the front of the sanctuary behind the preacher. Doesn’t that violate the second commandment? Do Lutherans venerate icons?This is a common apprehension Reformed Christians have about Lutheran worship. I would look to clear up a few misconceptions. Lutherans do not venerate icons. At the second council of Nicea in 787, the issue of images was at hand. One side, called iconoclasts, were against the use of images altogether. Churches should not be adorned at all with pictures of Jesus, or the saints. The other position, represented most adequately by John of Damascus, argued that icons of Jesus, Mary, the Angels, and the Saints, should be displayed and churches and homes. One could venerate (in distinction from worship) the icons. When one venerates the icon, he is not venerating the picture, but what it represents. While the Reformed have traditionally accepted the “iconoclast” position, Lutherans have not whole-heartily adopted the Damascene position on the issue either. There are a couple of reasons for this.First, we do not venerate the saints. The saints should be commended and remembered for their great faith and example in this life (Hebrews 11 displays this rather well). However, we do not pray, or perform any act we conceive as worship to the saints. Second, scripture does not imply that icons are a window into the heavenly realms. Believing insola scriptura, we simply can’t hold to this view. So what do we use images for?We use them as tools to instruct and remind us of our faith. The crucifix is a constant reminder of the gospel. It is often placed in the sanctuary to remind both the pastor and the congregation that Christ, and his cross are the center of the church’s worship life. We use images of saints to remind us of the great faith of those who have come before us, and remind us of the unity of the church in heaven and on earth.

Having explained what the Lutheran view of images is, I will now attempt to give a brief defense that this is a Biblical understanding.The main Reformed objection is of course from the second commandment (first for Lutherans). The commandment states:“You shall not make for yourself a carved image, or any likeness of anything that is in heaven above, or that is in the earth beneath, or that is in the water under the earth. You shall not bow down to them or serve them, for I the LORD your God am a jealous God, visiting the iniquity of the fathers on the children to the third and the fourth generation of those who hate me, but showing steadfast love to thousands of those who love me and keep my commandments.” (Exodus 20:4)The main thrust of the command is against worship of images. In the ancient middle east, it was common for religions to venerate statues of false gods. As many other laws given to Israel, this law served to protect the people from Israel from the corruption of the false religions of surrounding nations. It is not opposing using images for any purpose whatsoever.This is clear from the fact that Israel was actually commanded to make images. “You shall make a mercy seat of pure gold. Two cubits and a half shall be its length, and a cubit and a half its breadth. And you shall make two cherubim of gold; of hammered work shall you make them, on the two ends of the mercy seat. Make one cherub on the one end, and one cherub on the other end. Of one piece with the mercy seat shall you make the cherubim on its two ends. The cherubim shall spread out their wings above, overshadowing the mercy seat with their wings, their faces one to another; toward the mercy seat shall the faces of the cherubim be. And you shall put the mercy seat on the top of the ark, and in the ark you shall put the testimony that I shall give you. There I will meet with you, and from above the mercy seat, from between the two cherubim that are on the ark of the testimony, I will speak with you about all that I will give you in commandment for the people of Israel.” (Exodus 25:17-22)If it was acceptable to use images in the worship setting in the Old Testament (the ark was of course the most holy place for Jewish worship), why is it assumed to be wrong in the new? One may object that images of saints and angels are permissible, but images of God are not. But must this be the case for the incarnate God, who willfully took an image upon himself? Sure, images of God in his glory cannot begin to approach his majesty in the heavens, but how can one argue against an image of a real historical event on this earth? Crucifixes are not meant to give an exact image of what Jesus’ face looks like, but to be a visual reminder that God became an actual man, in real history, and truly died a bloody death for the sins of the world.

June 3, 2014 Introduction to Patristic Theology
Recent Comments
0 | Leave a Comment
"Paulson uses VERY bad - and suspect - language in the referenced statements. Even total ..."
Mollie My Problem with Steven Paulson’s Theology
"Since marriage involves the taking of vows, I don't see why marriage to Christ for ..."
Cheryl Butler-Drake Can There Be Protestant Monasticism?
"Hey Jordan,Appreciate this post here brother. In fact I agree with what you say about ..."
Jonty Limited Atonement in Hebrews
"agree with Lee!"
Tom Blair Thoughts on Mercersburg Theology
Browse Our Archives
Related posts from Just and Sinner 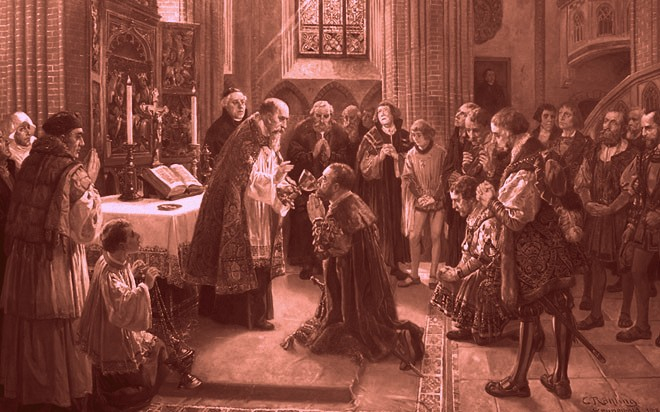 Evangelical
"Walking Together in Faith and Worship" ~ Rev....
Just and Sinner 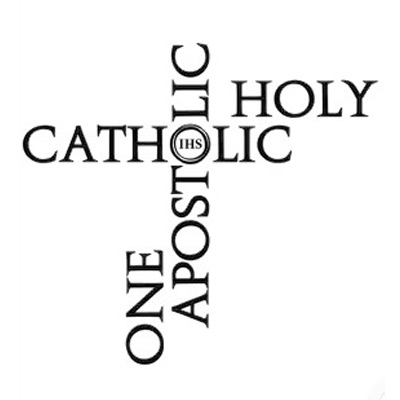 Evangelical
Why it's important to say "Catholic" in Article...
Just and Sinner

Evangelical
No Confession No Communion
Just and Sinner

Evangelical
It's an Epidemic!
Just and Sinner
TRENDING AT PATHEOS Evangelical