Response to Frame’s Criticism of Dolezal on Theistic Mutualism

Among contemporary Christian thinkers who have promoted a return to the Classical Theistic conceptions of deity, such as an adherence to divine simplicity, immutability, and other attributes is Reformed Baptist theologian James Dolezal. His doctoral dissertation, published as God Without Parts received quite a bit of attention as a philosophical and theological defense of the simplicity of God. His recent publication All that is in God has similarly resulted in a number of responses, defenses, and criticisms, which will surely lead to further responses in the future. His latest book is a critique of what he labels, “Theistic mutualism,” which identifies God as one who changes within his relationship to creatures. The phrase itself is quite broad, and it covers a number of thinkers with varying views. In particular, Dolezal criticizes those within evangelicalism who are opposed to Classical Theism. Criticisms include thinkers such as Bruce Ware, William Lane Craig, Alvin Plantinga, and his doctoral adviser Scott Oliphint. In a recent article, John Frame has responded to Dolezal’s argument and (in my opinion) has done so rather poorly.

Frame accuses Dolezal of standing against a broad consensus of contemporary evangelical scholars of which, apparently, he is not properly respectful. It is a hard sell, however, for Frame to pull the “consensus” card on such an issue. Perhaps it is the case today that a majority of evangelical philosophers and scholars reject several tenets of Classical Theism. Such a consensus does not mean, however, that Classical Theistic concepts have somehow been overthrown through careful philosophical study and examination. Rather, this simply demonstrates the confused state of contemporary evangelical theology. In the broad scheme of Christian thought, one could hardly argue for any kind of Theistic Mutualism as a consensus view, rather than a recent innovation which just so happens to coincide with a rejection of classical philosophy. I would certainly rather stand on the side of St. Augustine, John of Damascus, St. Thomas Aquinas, and Johann Gerhard than that of Craig and Oliphant. That is not to say that these thinkers have not made valuable contributions to Christian philosophy (they have!) but that they are in a clear minority on these issues.

Following this consensus criticism, Frame bluntly states that in Dolezal’s view, proponents of TM (Theistic Mutualism; not Transcendental Meditation) promote “vile heresy.” This seems to be a clear attempt at poisoning the well, as I have never heard Dolezal refer to such writers as vile heretics or anything of the sort. Rather, he sees departures from classical Christian thought as extremely problematic, and he should indeed take issues related to the doctrine of God so seriously! Frame then mentions that it is somehow Dolezal’s responsibility to take these thinkers through ecclesiastical courts in order to bring them up on heresy charges if such is the case. I am not sure how such is even possible, because Dolezal is part of the ARBCA (I believe, but I’m sure I will be corrected if mistaken), and the thinkers he criticizes are not. Is one no longer allowed to write against theological concepts in scholarly works without engaging in ecclesiastical heresy hunting? Such a standard is odd, to say the least.

The primary argument made by Frame in this article against Dolezal’s Classical Theism is that the incarnation somehow determines God as one who changes in relation to his creatures. He argues that God genuinely enters into covenantal relationships with creatures in which there is mutuality in action and response. For Dolezal (in Frame’s perspective) such actions are mere appearances, and this logic somehow leads to a Docetic conception that the incarnation was only a mere appearance. To be frank, it is hard to take such an argument seriously, and it is surprising to see a scholar such as Frame resort to such argumentation. God’s immutability in relation to the incarnation has been at the forefront of orthodox Christological discussion from the early church, and the apparent contradiction between the incarnation and immutability is just that: apparent. The incarnation does not mean change in the divine nature itself, but an assumption of the mutable human nature by the immutable divine nature. There is no contradiction between these two ideas whatsoever.

I come away from this article wondering if Frame has actually read the fathers in any comprehensive sense at all. He continually accuses Dolezal of inherent Docetism (talk about accusations of heresy) when it is actually Frame who disagrees with the opponents of Docetism, as they were willing to affirm both strong immutability and a real incarnation.

Throughout this review, Frame demonstrates his strong distaste for scholasticism. This is not surprising, as Frame is part of a Neo-Calvinist tradition which generally is skeptical of such thinking. As a proponent of scholastic thinking, it is of no surprise that I fundamentally disagree with Frame here. But the problem goes farther than mere disagreement. Frame appears to have basically no understanding of scholastic thinking at all. The fact that he does not even interact with the distinction between active and passive potency (which is central in Dolezal’s understanding of God’s interaction with creatures) shows that he has not actually engaged some of the fundamental concepts of Thomistic thought. Perhaps the most clear misunderstanding is Frame’s statement that “‘I change not’ must not trump ‘the Word became flesh’…What we really want is to combine these two statements into one, to make them ‘perspectives’ in a larger reality.” He contends, essentially, that scholasticism privileges ontological statements of God’s unchangeability over those which are supposedly “mutualist.” However, again, the false dichotomy proposed by Frame here is completely irrelevant to scholastic thought. Frame speaks of a “larger reality” into which these statements must fit. That larger system is the one that Christians have recognized since its earliest days before the birth of modern philosophy. The alternative is the one which leads to a trumping of one reality over the other, as in Frame’s view, “I change not,” is simply not true. For Frame, God does change in view of the actions of his creatures. And apparently in his perspective, the incarnation results in some actual change within God (I cannot read this article any other way). I fail to see how Frame’s proposal is a better framework in which to place the Biblical data.

It is the general response of proponents of Theistic Mutualism, Theistic Personalism, or (my personal favorite title) Monopolytheism that they are being truly Biblical, while opponents are simply captivated by Pagan philosophy. I laud an attempt to be Biblical, and affirm that there certainly have been times where philosophical convictions have wrongly overridden the Biblical text. However, whether knowingly or not, it appears that these thinkers are similarly influenced by philosophy. That just so happens to be a philosophy which rejects classical Greek modes of thinking and, in my view, is completely inadequate in explaining the Biblical text or giving a proper groundwork for apologetics.
If Frame is indeed going to make a convincing case against Classical Theism in Dolezal’s model, this is most certainly not it. There must first be a clear demonstration that Frame has a groundwork in Patristic and scholastic thought on these issues before his critiques can be taken seriously by proponents of Classical Theism. Perhaps this article will strengthen his base, but it will certainly not convince anyone who is sympathetic to Dolezal’s view. 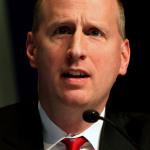 November 22, 2017
Yes David French, We Should Seek Certainty in an Uncertain World
Next Post 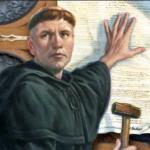 December 1, 2017 Is there a Protestant Consensus on Justification?
Recent Comments
0 | Leave a Comment
Browse Our Archives
Related posts from Just and Sinner 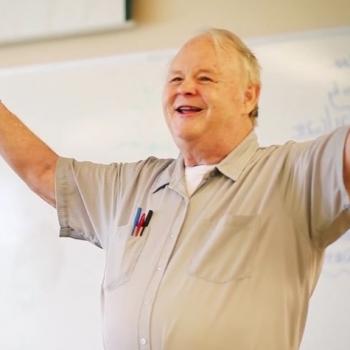 Evangelical
A Critique of John Frame on the Doctrine...
Just and Sinner

Evangelical
A Critique of John Frame's "Two Models of...
Just and Sinner
TRENDING AT PATHEOS Evangelical