Without the Earth, We’d Be Nothing

“But every once in a while, with a basket in hand, or a peach or a pencil, there is that moment when the mind and spirit open to all the connections, to all the lives and our responsibility to use them well.”  — Braiding Sweetgrass, Robin Wall Kimmerer

I’m sitting in our newly organized office, a room at the front of our house facing the yard. My husband has a desk, converted from an old oak table with our computer placed on top, and I sit at a tiny desk gifted to us by my sister-in-law Melissa right after we were married 10 years ago.

To be honest, for the past few weeks, the Earth has been closely haunting me with her songs, her stories, her wishes.

It’s the lie of the century, really, placing blame on things like busyness. We are called to be honest people, and so, in a time like ours when the Earth is continually stripped by human greed one tree, river, and piece of land at a time, we need to remember our place.

If you’ve not read Robin Wall Kimmerer’s book, Braiding Sweetgrass, I highly encourage you to. As a poet, a scientist, and an indigenous woman, she weaves together stories through her encounters with the world, a book written by a true mystic if ever there was one.

She describes, in the latest chapter I’ve devoured, the work of creating black ash baskets from the trees. It’s a process that requires the artist and creator to understand that the pieces used to make the basket are a gift, to honor the work and to carry that acknowledgement constantly with her.

We have always lived in a world that gives to us.

And if we’re Christians, our entire paradigm of religion or spiritual practice is based on the idea that grace is a true gift, passed to us in the most unexpected ways from God.

And so, we are constantly on the receiving end of goodness.

And so, we are constantly in need of becoming better givers.

I grew up reenacting the scene from Disney’s Beauty and the Beast, you know, this one:

I spent hours in my yard, wherever I could find little sprigs of weeds that I could watch blow into the wind. I wanted a magical life, where I could sing and dance and be free with the creatures around me who ask to be free.

But along the way, I found television shows and indoor games, and the call of the wilderness became a far off dream. I became further disconnected from my Potawatomi identity, and in losing that, I lost stories that could have reminded me of myself, of God.

I still spent time outside, but I didn’t listen the way I once did. I lost sight of the magic that once called me, unable to find the wardrobe that led me to my Narnia where Aslan sang songs of creation and benevolent beings stretched out their arms to care for me.

As beautiful and good as this world was created to be, the older we get, we inherit the human trait of deeming it a wasteland, taking whatever we want at the risk of ruining what was once full of life.

We strip trees for paper products.

We build skyscrapers without asking what creatures we’re stealing from.

We desecrate sacred sites for the sake of oil sales.

But growing up in the church, I never heard a word from the pulpit about our responsibility to care.

Sure, we were called to save souls and do our daily quiet time, to love God with our hearts, souls, minds.

But not once did I hear the word, “…and treat this world the way you’d want to be treated. Treat this land as the sacred thing that it is. We are connected to all of it, and so if it perishes, so do we.”

And I certainly never learned the truth of our history as a nation, that we stole land from native peoples and called their ceremonies pagan, savage, vile. We instead decided that our own religion should lift up economy and profit for the sake of the Gospel.

And so, as an adult, I’m returning. For 10 years I’ve watched my husband long to be outside, to find rest among rivers and rocks, to stretch the arms of his own heart out for the world to answer Welcome home, welcome home.

I recently returned to a home that I had never been to, a home that has been calling me back–the Great Lakes region of the United States where my tribe, the Potawatomi people, once lived.

We lived as the Three Fires Anishinaabe alliance alongside the Ojibwe (Chippewa) and Ottawa (Odawa) people.

While there for a conference, I took a morning to tether myself to the land, to the water. I walked to the edge of Lake Michigan and watched the waves roll in, listening for a story, for a word.

I could hear laughter in her wake. I could hear the faint sounds of time, cries of lament, words of encouragement, of keep going echoing along the shoreline.

In essence, the water was telling me, again, the story of life, my own story, calling to memory the journey I’ve taken to get here today.

She was telling me of my own people being removed from the land, forced to walk the Trail of Death toward dusty Kansas and into Oklahoma. She was telling the story of a Creator who sees and bears the pain of it all, speckling grace over us the entire way.

She was telling me that I am not alone, that I never will be.

The world, she asks us to return. She asks us to look back, to laugh, to lament, to tell the whole story and leave nothing out.

I’m returning to things that have been calling me for a long time.

I’m returning to the work of wonder.

I’m returning to the gifts given.

I’m returning to a time before the busyness to say that these things are worth the hard work of paying attention.

And so, it is truly not enough to put aside one day out of the year to call this Earth good.

It is not enough to blame others for not caring when we ourselves have not learned to care.

It is not enough that some of our institutions care for this world and most don’t.

If we are alive today, it is because this world that we inhabit has sheltered us, has given to us, an extension of God’s own love.

May we return, in 2018, to the garden, to the greens, to the sights and sounds of peacemaking, because the Gospel, which has always been with the people, asks us to.

What Does The Bible Say About...
Religion Prof: The Blog of James F. McGrath
Related posts from Stories - with Kaitlin B. Curtice 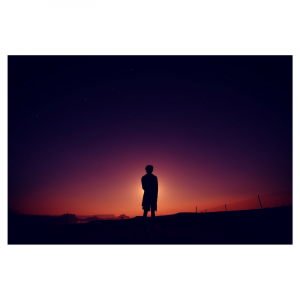 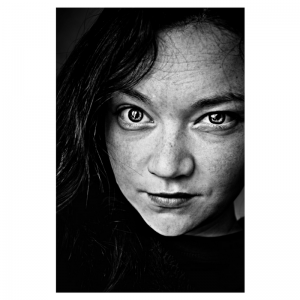 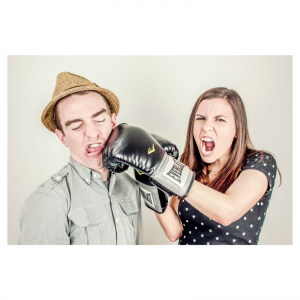