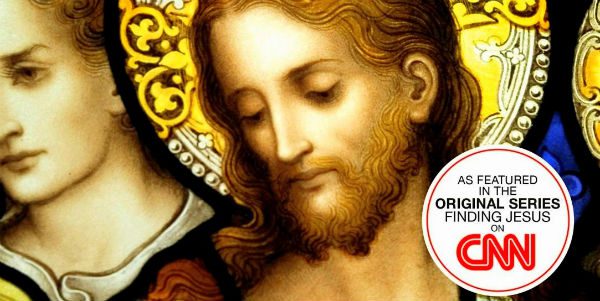 Both the book and the series, also called “Finding Jesus,” explore the Gospels and the reality of Christ by examining six artifacts through history, anthropology, archaeology and scientific experimentation (gee, wouldn’t it be nice sometime if CNN gave Islam the same scrutiny by looking at relics of Mohammed? One can dream.)

At minimum, I sure hope they come up with a better explanation for the Shroud than this one, from a Feb. 11, 2014 edition of the U.K. Telegraph …

However a new study claims than an earthquake in Jerusalem in 33AD may have not only created the image but may also have skewed the dating results.

The Italian team believes the powerful magnitude 8.2 earthquake would have been strong enough to release neutron particles from crushed rock.

This flood of neutrons may have imprinted an X-ray-like image onto the linen burial cloth, say the researches.

In addition, the radiation emissions would have increased the level of carbon-14 isotopes in the Shroud, which would make it appear younger.

“We believe it is possible that neutron emissions by earthquakes could have induced the image formation on the Shroud’s linen fibres, through thermal neutron capture on nitrogen nuclei, and could also have caused a wrong radiocarbon dating,” said Professor Alberto Carpinteri, from the Politecnico di Torino.

If you’re wondering about a Catholic presence in “Finding Jesus,” the interviewees include Scripture scholar Dr. Tim Gray of the Augustine Institute (he’s only missing from the second episode), Father James Martin, S.J., and U.K.-born Dr. Candida Moss, a Notre Dame professor specializing in the New Testament and early Christianity and Judaism.

An email announcement from the Augustine Institute about Dr. Gray’s involvement said:

On Monday, Feb. 23, I attended a screening of “The True Cross” episode at Christ Cathedral campus (the former Crystal Cathedral) in Garden Grove, Calif., followed by a Q&A that included Dr. Gray (fellow attendee, Augustine Institute Associate Dean and Patheos blogger Pia de Solenni did a write-up of it here).

I can say that the episode I saw was well-done, interesting and balanced — although it is instructive to keep in mind that the one True Cross relic they tested in the show was in a museum in Ireland, not a church. But, I detected no overt anti-Christianity or anti-Catholicism, and the book the show is based upon has been generally well-received (including by Sister Simone Campbell of “Nuns on the Bus” fame, who wrote a blurb, but that’s not a plus in my view).

So, I’d say it’s worth checking out — and I can’t wait to see what the show does with the “Gospels” of Judas and Mary Magdalene, which may very well be authentic Gnostic writings, which doesn’t mean they have anything to do with the actual Bible or actual Christianity.

On Thursday, I had a short phone chat with Dr. Moss about the series and her involvement in it: 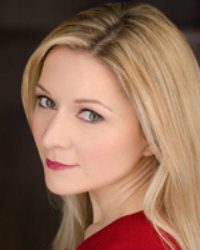 What did you think when you heard about “Finding Jesus”?

Initially, I thought, oh lovely, another documentary series that’s going to do the same thing: “Oh, it’s so exciting, but it’s a mystery.” Initially, I thought, accept it, it’s going to be a documentary series. I wasn’t sure what would make this one different. Then I learned just how many scholars they were involved in and that they would not just be doing the creation but be doing some scientific work and incorporate some artifacts. I actually got real excited and I loved the focus on the physical artifacts as a way in to the difficult story and the history and people’s faith. I think it’s real exciting.

Did you think the show seemed hostile to Christianity?

This is not a hostile show for sure, at all. I actually was surprised by just how sensitive they were to the religious sensibilities. and how, in a large number of pieces, not only are there priests on the show and ministers from other Christian denominations, but a lot of the talking is done by people who are deeply invested in faith traditions. I had expected in seeing, say, the Shroud of Turin that perhaps this would be extremely hostile and they would just end with the 1988 carbon-dating, but they didn’t. I think that it’s a show that raises a lot of questions, but I don’t think it’s aggressively anti-Christian.

As a Catholic and an academic, what do you feel are your responsibilities in dealing with subjects like these in a mass-media setting?

Right. I do try often, when I’m speaking, to be very clear that while I am Catholic. I don’t speak for the Catholic Church. We have our leadership figure already. It’s not my ambition or intent to set myself up as some kind of anti-pope. I feel my responsibilities are to try and present the historical information as fairly as possible, and I see that as a Catholic task, something that Catholics have been doing since the very beginning.

Since the second century, we have had apologists explaining Christianity to the rest of the world. I see that as a role to aspire to. I see participating in a series like this as a way to speak to people that may not even be Christian about what Christians hold dear, in a way that is intelligible for people that aren’t Christians. It talks about history and science as well as faith and the interior life. … I feel it’s something that I’m constantly working on and I don’t always get right.

For more with Moss, discussing her personal history as a Yale-educated cradle Catholic, along with the current controversy about possibly changing the theology requirement at Notre Dame, click here to go to my other home, CatholicVote.org. 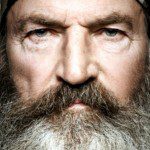 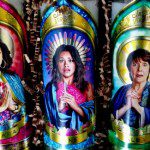 March 3, 2015 'Jane the Virgin' Candles: Cute Tchotchkes or Sacrilege?
Recent Comments
0 | Leave a Comment
Browse Our Archives
get the latest from
Kate O'Hare's Pax Culturati
Sign up for our newsletter
POPULAR AT PATHEOS Catholic
1