In modern society, the distinctive aspects of male and female often become blurred, with the unique beauty of each sex reduced to a bland androgyny. But, every now and then, something traditional survives, and we are reminded of what Saint Pope John Paul II taught in the “Theology of the Body,” that men and women are the two dimensions of a shared humanity — equal in dignity but very different in expression.

I got a lesson in that not long ago, in an unexpected place. 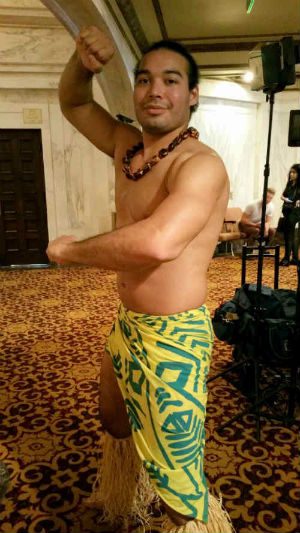 On Monday, March 16, I headed to the Orpheum Theater in downtown Los Angeles to watch auditions for the Fox competition-reality show “So You Think You Can Dance,” which launches its 12th season on Monday, June 1.

Outside in the lobby, I saw dancer Nathan Carranza showing off his moves for some TV cameras, and then got a chance to chat with him for a few minutes.

Along with dancing and studying history education, Carranza also just completed training to be a firefighter. Although he’s not of Pacific Islander descent, he has studied the traditional male dance of Tahiti.

“I’m actually Hispanic,” he told me. “I’m not Islander whatsoever, despite the getup and everything else. I’m Spanish, Mexican, Cuban, Puerto Rican. But nobody knows. They all assume that I’m Samoan or Hawaiian or Maori.”

He might also have had an ulterior motive for looking into this particular dance style.

“I saw this at the school I attend,” he said, “at U.C. Merced, and the thing that drew me in were the girls that were dancing. It was very, very beautiful. I wanted to be a part of that club.”

From a paper I found online, called “Dance and Gender Relations in Oceania”:

In some Pacific societies men and women have distinct ways of holding or moving their bodies, particularly during a ritual or dance event. In islands such as Rotuma or Fiji, men and women will dance side by side in separate lines or blocks. When they dance in adjacent groups, this usually illustrates the ways in which males and females have complementary but distinct roles in their respective societies. In Fijian, Tongan and Samoan dance, men may move with large, expansive, and sometimes aggressive movements while women are usually graceful and take up far less space. Men may jump but women’s feet rarely leave the ground. Men may dance with an open stance while women usually keep their legs together.

Said Carranza, “The point of Tahitian dance, from what I can gather, from what I’ve been told, is that, as a dancer, you’re supposed to be emphasizing the characteristics about you that make you whatever gender you are. There are gender-specific moves for women and for men in Tahitian culture.

“For girls, it’s all about the big hair and the beautiful lips and the hips, the very, very fast movements.”

Here’s an example of that:

Carranza continued, saying, “For guys, it’s all about the leg strength and the endurance, showing that manly aspect.”

He also recommended it as a workout, explaining, “I realized it was such a better leg workout than doing weights and everything else, and it was much easier on the knees as well.”

Asked what, as a man, it feels like to do the dance, Carranza said, “In a group, you just feel powerful. There’s a reason why a lot of the Maori, Samoan and Islander rugby teams have the haka, which you do as a chant before the game. Years past, long ago, it was used as a prelude to war. In a group like that, nobody cares how they look or the facial expressions they’re making; they just care that they’re part of a group, and they’re exhibiting this force, this essence, that can’t be stopped by mere mortal means.

“As a dancer, you feel that, too, not to the extent of yelling at people as you would in the haka, but to the extent that I a showing off in a group of men, who are also showing their attributes as men.”

Here’s a look at some male dancers:

As to whether Carranza’s audition was good enough to get onto “So You Think You Can Dance,” well, you’ll just have to wait for June 1 (and, around that time, some observations from judges Nigel Lythgoe and Paula Abdul). 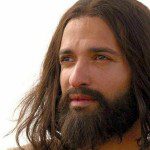 March 31, 2015 CBS Offers a Women's View of Masada in 'The Dovekeepers' (Video)
Recent Comments
0 | Leave a Comment
Browse Our Archives
get the latest from
Kate O'Hare's Pax Culturati
Sign up for our newsletter
POPULAR AT PATHEOS Catholic
1

Protestant believes in Purgatory after long drive through...
**SATIRE** Calvin Wesley, a Bible-believing follower of Christ and devout Protestant, was...
view all Catholic blogs
What Are Your Thoughts?leave a comment
Copyright 2008-2020, Patheos. All rights reserved.