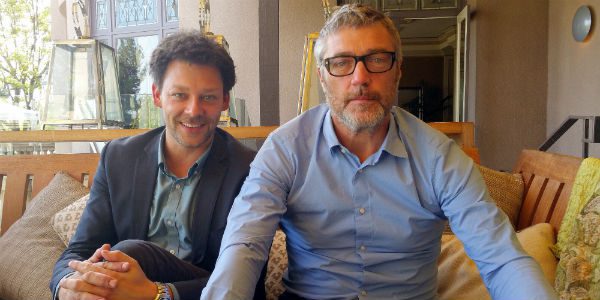 When doing a New Testament epic — as in adapting a script from any beloved and well-known narrative — there are things that can’t be avoided. Jesus and the Apostles, along with selected Romans, Jewish officials, etc., have to say a certain number of lines and have interactions that everyone knows from Scripture.

That does place limitations on the screenwriter. But every now and then, there’s some wiggle room where the writer can exercise his or her imagination and even have some fun.

That appears to be the case with Jewish High Priest Caiaphas (Richard Coyle) and Roman governor Pontius Pilate (Vincent Regan) in NBC’s  “A.D.: The Bible Continues,” airing Sundays at 9 p.m. ET/PT (the previous week’s installment repeats at 8 p.m. ET/PT), which follows the story of Christianity from the Crucifixion onward.

About a month ago, I sat down with Coyle and Regan at a press event in Los Angeles, and we talked about these two men, who were simultaneously at odds and yet needed each other — since the arrival of Jesus (Juan Pablo Di Pace, whom I interviewed here and here) in Jerusalem threatened to set off a cataclysm that neither wanted. 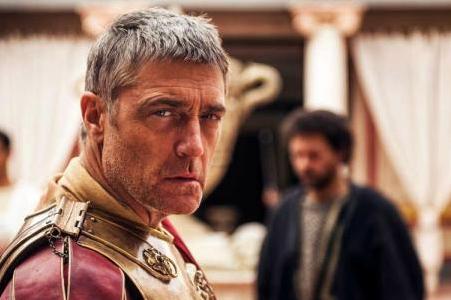 “The script changed slightly during production,” said Regan, “because I was very keen to have a scene with Jesus Christ, because I thought, ‘Right, you have Pontius Pilate, and you have Jesus, we’re both here, surely you need to have a moment between them.’ And they worked out that we would just do the passage — which I think starts the show quite well — which is where Pilate asks Jesus, ‘What is truth?’

“That’s a really interesting starting point for any drama, because these powerful figures seem to spend a lot of time in the rest of the season defending their POV of what the truth is, or trying to discover what their truth is in this constantly shifting political landscape, and emotional landscape.”

So far, the exchanges between Pilate and Caiaphas have been highly charged, full of angst, hostility and shifting balances of power, but there have also been instances of humor.

In episode three, “The Spirit Arrives,” Pilate stormed into the most sacred part of the Jewish temple during Pentecost, intending to throw his weight around and make a point about who’s in charge. Addressing the crowd in Aramaic (or Hebrew, I’m not sure which) —  either way, it was a language Pilate didn’t understand — Caiaphas told all assembled that Pilate was there to do penance for his sins and honor God.

Puzzled, all Pilate could do was smile and go along, unaware he was being mocked and humiliated.

“We were very lucky,” said Coyle. “I am, particularly, for Caiaphas barely pops up in the Bible and then vanishes. It gave us a great opportunity to play a little bit and create, within the historical truth. The same is true with Pilate and the relationship between these two, which I think is fantastic.

“It’s fun to play characters who are as important as these two. With Caiaphas, as previously represented, he always seems to me as a stuffy sort of blowhard, unsympathetic, never really developed, two-dimensional.

Regan turns out to have some some serious homework on the era.

“The only other person,” he said, “who’d stepped inside the Holy of Holies was Pompey the Great, who, when he arrived to take control of Judea, he walked into … because he was told, ‘Their God lives in this room.’ And Pompey was like, ‘Does he now? I’m going to go and see this God.’ And he walked into the room and said, ‘There’s nothing in there.’

“The interesting thing about the relationship between the Romans and the Jews at the time, is that the Jews were a very strong influence in Rome, because the Herodian royal family, a lot of them were educated in the court of the Caesars, and Augustus’ closest friend is Agrippa. They were very, very close.

“Herod Agrippa was named after Agrippa the Great. There was a huge Jewish influence, and Pilate was aware of that. He’s only got 2,500 soldiers in Jerusalem, which isn’t a lot, especially when upwards of a million people go to Jerusalem during the Passover, and he’s got to contain that. And if anything gets back that he is in any way 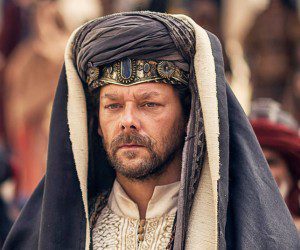 upsetting the theocracy, it’s going to get straight back to Rome.”

Regan point out that Pilate didn’t come from nobility, that he married well and had influential friends.

“He was a nobody,” he said. “So he’s sitting there thinking, whatever happens, I’m toast if any word gets out that I’m not doing a good job here.”

“So there’s a great insecurity about both characters, which is reflected in the vanity, the ego, that comes with it as well.”

Along with the emotional and political side of the characters, the actors had to deal with the practical aspects. For example, there’s Caiaphas’ ever-changing headgear.

“I give them different names,” said Coyle. “I had the fruit bowl and the cereal bowl. The fruit bowl was slightly bigger, and the big one is the party bucket. It was so hot in the thing. I hated it, really.”

Said Regan, “I had the snazzy breastplate. But Pilate would only ever have put on his armor if someone was coming to see him. Otherwise, he would have been in a toga, because it was hot as hell there.” 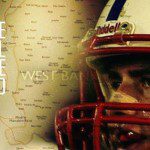 May 1, 2015
'TouchDown Israel,' Brotherhood Across Gridiron Lines (Video)
Next Post 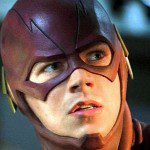 May 4, 2015 'The Flash's' Andrew Kreisberg on the 'Hope' That Won a Christopher
Recent Comments
0 | Leave a Comment
Browse Our Archives
get the latest updates from
Kate O'Hare's Pax Culturati
and the Patheos
Catholic
Channel
POPULAR AT PATHEOS Catholic
1