Author Dana Perino of ‘The Five’ on Forgiveness

Author Dana Perino of ‘The Five’ on Forgiveness May 6, 2015 Kate O'Hare 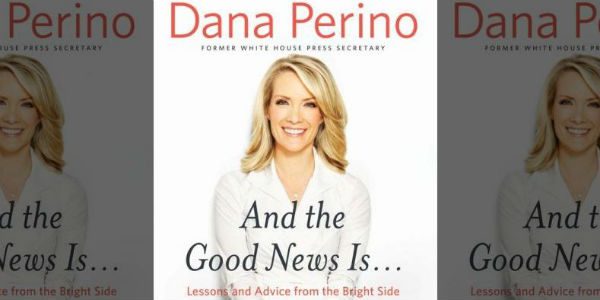 When you stand to pray, forgive anyone against whom you have a grievance, so that your heavenly Father may in turn forgive you your transgressions. … Mark: 11:25

In one chapter of her new book, “And the Good News Is …: Lessons and Advice From the Bright Side,” Dana Perino, one of the co-hosts on Fox’s weekday roundtable show “The Five,” recalls a 2008 incident when she was press secretary for President George W. Bush.

One of her predecessors, Scott McClellan, had released a book called “What Happened,” about his years in the White House, which was critical of several people in the Bush administration. Perino recalls being very angry about what she saw as a “violation of trust.”

One night, she was called in to see the president as he was writing letters to the families of fallen soldiers:

“So I hear you’re upset about this book,” he said.

“Yes, sir, I am,” I said, adding that I wanted to make sure he knew how bad the coverage was and how I was concerned it would last.

His answer surprised me. I’d like you to try to forgive him,” he said.

“No buts. I don’t want you to live bitterly like he is. Nobody will remember this book three weeks from now. and we can’t let a book like this take us away from the important work we have to do here on behalf of the American people.”

I glanced down at the letter he was writing and said,”Well, can I throw him under the bus first?”

The President’s suggestion of forgiveness free me like a weight being lifted off my shoulders. It’s a lesson I try to remember for all sorts of situations in life when I feel slighted and disappointed by others. And it was a blessing to have the President of the United States be the one to remind me to let it go.

Talking on the phone in the car on the way to an event at the Nixon Presidential Library in Yorba Linda, California, Perino responds to a question about her philosophy of crafting communications strategy with, “Gut instinct is really important and trusting your instinct is smart.

“Also, that lesson of forgiveness is really a good one. It can be deployed on a small scale as well. For example, one piece of advice I give to communicators is, before you call and complain about an article, read it twice. That could be true for a Facebook post or anything someone sees where they take initial offense. If you read it twice, sometimes it’s not as bad as your first reaction.

“The other thing is to prioritize, to realize what you can let go and pass you by, and what really needs to be responded to. That’s not always easy to say. It’s a judgment call. We don’t always get it right. I know I didn’t, but I made enough right calls that I was able to maintain my position.”

Another section of the book is devoted to “Civility, Lost and Found,” and that’s something Perino attends to hin her daily life.

“I get a choice,” she said, “every time I have to open my mouth, that it can be with civility and dignity and grace , or not. There are times, especially on ‘The Five,’ where I’ve lost control for a moment. I always feel bad about it, but those always seem to be the times that people realize, if I’m mad about something, it must really matter.”

Click here to go to my other home at CatholicVote to read more from my interview with Perino, including how God has worked in her life and the importance of conquering fear. 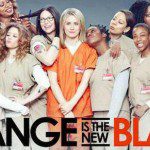 May 5, 2015
Laverne Cox, Bruce Jenner and a New Evangelization
Next Post 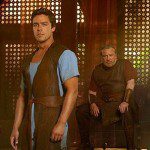 May 7, 2015 2015-2016 TV Season: The Good, the Bad & the Savage
Recent Comments
0 | Leave a Comment
Browse Our Archives
get the latest updates from
Kate O'Hare's Pax Culturati
and the Patheos
Catholic
Channel
POPULAR AT PATHEOS Catholic
1