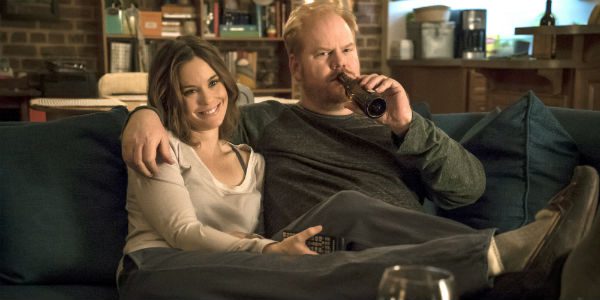 But this is our risk, because we wanted to exactly the opposite of what “The Real O’Neals” was doing. It’s not anything we can relate to. It seems to us like it’s a very 1960s view of religion poisoning a family.

I don’t view that kind of spin on Catholicism. I don’t know what other people’s experiences are, but in our life, it’s just part of our life. It’s not something that has caused any negativity in our life. It’s actually brought us together as a family, and it’s it’s really great in terms of how we can get by in some situations, with all these kids and trying to keep some form of a traditional family in the middle of a place where anything can tear a family apart.

This is just a given in our lives. We’re good friends with our kids, and we don’t hide reality in our show. Our show is not a candy-coated look.

We’re not trying to preach to some Christian ghetto. We’re in the real world. We hear of our friends and people who are different than us, and who have different opinions, and we’re not pointing fingers at other people for having a different faith from us or living their lives in a different way.

We are God’s people. All we can really do is concentrate on who we are and not sit there and mock other people. But we can show in reality that this is the way that we live our life, and this is the world we live in.

[“The Real O’Neals”] is very broad. It’s shocking. It’s big on the page. It’s not my kind of comedy, but it’s the kind of comedy that a lot of people like.

The thing about the “Real O’Neals” is like, I want to be very clear here — I know people are upset about it, but we shouldn’t be surprised. That’s some of the price of being a Catholic for the last hundred years; it’s like some bad thing could happen. The only thing missing from that trailer is some nun hitting someone on the knuckles with a ruler.

The only similarity between the two stories is that the families are Catholic, and … I don’t even know.

Watch this space for more from the Gaffigans leading up to the July 15 premiere of “The Jim Gaffigan Show” — but right now, you can click here to head over to my other home at CatholicVote to hear why the Gaffigans chose “The Bible Story” as the episode to post online. 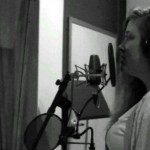 May 28, 2015
College a Cappella Group Utterly Transforms 'Chandelier'
Next Post 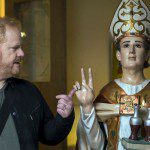 May 28, 2015 Jim and Jeannie Gaffigan: The Real Catholics
Recent Comments
0 | Leave a Comment
"I enjoy Raymond Arroyo's segments on The Ingraham Angle on Fox and am happy to ..."
Jennifer Klessens Raymond Arroyo Just Wants to Tell ..."
"In the special, she mentioned that she used to live across the street from O'Connor, ..."
Kate O'Hare PBS’ ‘American Masters’ Examines the Sacramental ..."
"Black author Alice Walker, who grew up in rural Georgia and is an outspoken liberal, ..."
Chris PBS’ ‘American Masters’ Examines the Sacramental ..."
"Since it's already going to Hulu, I wouldn't hold my breath. But it may eventually. ..."
Kate O'Hare ‘Genius: Aretha’: Cynthia Erivo Sizzles as ..."
Browse Our Archives
get the latest from
Kate O'Hare's Pax Culturati
Sign up for our newsletter
POPULAR AT PATHEOS Catholic
1