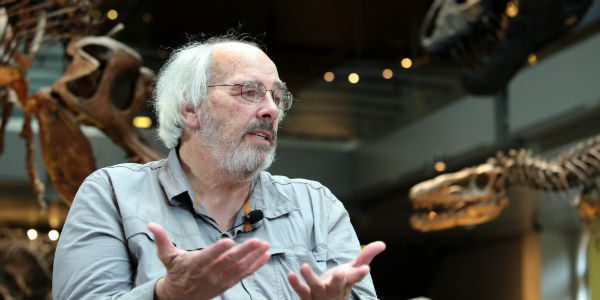 Dubbed Indominus Rex, it’s a T. Rex hybrid composed of DNA from several dinosaur species and from some other animals (the film’s trailers are reluctant to show the whole thing, so draw your own conclusions).

Speaking earlier this week in the Dinosaur Hall of the Natural History Museum of Los Angeles, 68-year-old paleontologist Jack Horner, also one of the franchise’s technical advisers, insisted that such a thing isn’t currently possible.

But, where there’s a chicken, there’s a potential dinosaur, it’s just a matter of turning on dormant genes within the bird — since Horner believes that birds are the modern remnant of dinosaurs.

It’s something he discussed in a TED talk from 2011:

Mentioning that some people believe that ancient DNA can be used to clone an extinct animal — like a woolly mastodon or a Tasmanian wolf — and then the embryo could be implanted in a closely related animal, Horner says we don’t have complete enough dinosaur DNA for that.

“But birds are living dinosaurs,” he said. “We can look for ancestral genes and turn them on.”

Horner says that birds — he’s working with chickens, because they’re easy to obtain — contain ancestral dinosaur genes. You just need to identify them and turn them on.

Horner insists, “We’re going to make a dino-chicken without adding anything to the chicken.”

Theoretically, one could also do something similar to resurrect a Neanderthal or other early type of human. Asked about how that could be done, Horner — who doesn’t think science should have built-in limits — didn’t go for that idea.

As of right now, there don’t appear to be any dino-chickens in existence (making a chicken grow a dino-tail seems especially difficult). But considering the wide array of feathers and colors in the bird world, one might wonder why the dinosaurs in “Jurassic Park” were mostly brown and gray. That, Horner says, was a decision of director Steven Spielberg.

“I wanted more colors,” Horner said, “but Steven said that Technicolor dinosaurs aren’t as scary. I think that dinosaurs could be any color that birds are, including pink, which is not a popular dinosaur color. Try to convince a six-year-old boy that T. Rex was pink.”

And since birds can chirp and sing, there’s no reason to assume dinosaurs went around hissing and roaring all the time.

Next up: The Museum’s own dinosaur expert, Dr. Luis Chiappe, give his view of Horner’s work and “Jurassic World’s” effect on paleontology and popular culture.

In the meantime, here’s a peek inside “Jurassic World”: 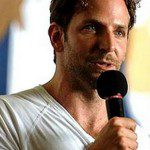 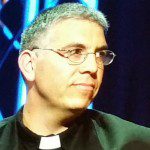 June 14, 2015 L.A.'s Evangelizing Priest on 'A.D.,' the Jewish People & the Way of Francis
Recent Comments
0 | Leave a Comment
Browse Our Archives
get the latest updates from
Kate O'Hare's Pax Culturati
and the Patheos
Catholic
Channel
POPULAR AT PATHEOS Catholic
1