What HBO’s ‘Ballers’ Has to Teach Us All

This day comes for everyone, but for some, it arrives in the blink of an eye.

On Sunday, June 21, HBO premiered its latest half-hour show (I hesitate to say “comedy,” because while there were humorous bits, it wasn’t played for laughs), called “Ballers.” Described as “Entourage” in the NFL — and sharing the same producer, former wild child and now devout Catholic Mark Wahlberg — “Ballers” stars Dwayne “The Rock” Johnson as Spencer Strassmore, who was a star linebacker for the Miami Dolphins.

Now in retirement in Miami, he’s working for a financial management firm that only hired him so that he could “monetize his friendships” with fellow players.

Along the way, Strassmore encounters a current player (John David Washington) whose off-field antics are about to cost him his job — although he doesn’t quite see it. And when he does, he resorts to getting on his knees in prayer (we’ll see how long that lasts). There’s also a former lineman (Omar Benson Miller) with a doctor wife to support him, who finally shakes out of his post-football malaise long enough to get a job as a car salesmen.

The pilot episode opens with the scandalous death of a player who leaves his cheated-on wife and children with nothing to show for his career.

There’s been the expected amount of journalistic hand-wringing about how awful the NFL is on players bodies’ (the crazy buff Johnson plays Strassmore as a man chewing pills for chronic pain), how players get lost in a haze of insane spending, drugs, adultery and promiscuity; and how they wind up tossed on the trash heap, sometimes having blown the millions they were paid.

Hey, it’s all true. It all happens, not all the time, and not to everyone, but it happens. But here’s another truth — to one degree or another, if we live long enough, it happens to all of us. For NFL players, the money is exponentially larger, the wear-and-tear is more dramatic, and the fall is precipitous and comes at a young age. It’s accelerated and intense, but it’s not unique.

We all know the toll that active military service can take on the young and healthy. But police, firefighters, construction workers, taxi drivers, longshoremen, baggage handlers, farmhands, surgeons, mechanics, hairdressers, factory workers, restaurant workers … all these and more can suffer pain, disability (including head trauma) or death connected to accidents at the job, or just the ordinary demands of the job itself.

Even if your job is not physically demanding, it can tax your emotional health and your intellect. And we haven’t even touched on other professional and recreational sports that have equally high or even higher injury rates than pro football, and still pay a lot less (or nothing).

Setting aside athletics, there comes a time for almost all workers — blue collar and white — when the skills they’ve spent a lifetime cultivating are no longer needed, or they’ve been supplanted by younger workers, or their industry has collapsed under them. They find themselves unwanted and unneeded, sometimes with a long stretch left to retirement.

It can happen to singers and actors and writers as well. One moment you’re in vogue, the hottest thing; the next moment, the silence of the unringing phone is deafening.

With very few exceptions, these people don’t earn a fraction what a pro football player is paid, even as a rookie.

Still, players often end up broke. Money is finite, and someday the spigot shuts off. Whether it’s profligate spending, failed investments, greedy family, bad habits, stupidity or the more mundane demands of mortgages, tuition and medical/dental bills, it’s astonishing how fast even the largest pile of cash can dwindle.

That’s true for us all, no matter how big your pile is to start with.

One thing Strassmore tries to do is impress on these young men that buying houses, luxury cars and elephants will leave you busted and begging before you’re 40. And if you didn’t take advantage of the actual college education your scholarship gave you, then your options get sharply limited.

A fair percentage of football players are spoiled and narcissistic (being touted as the next big thing since Pop Warner can turn a boy’s head), have unfortunate friends, off-field violent tendencies, and make poor choices. Some come from terrible backgrounds and rise above them, but some don’t. Some come from privileged backgrounds and are a credit to their upbringing, and some aren’t.

You don’t hear about the family men, the ones putting their money away against the future, the smart ones, like Seahawks cornerback and Stanford grad Richard Sherman, who has said more than once that NFL stands for “Not for Long.”

And then there’s New England Patriots tight end Ron Gronkowski, who reportedly hasn’t spent any of the $16.3M he’s earned for his five years in the NFL, instead living off money from endorsement deals. Here’s a quote from his upcoming autobiography, “It’s Good to Be Gronk”:

To this day, I still haven’t touched one dime of my signing bonus or NFL contract money. I live off my marketing money and haven’t blown it on any big-money expensive cars, expensive jewelry or tattoos and still wear my favorite pair of jeans from high school… I don’t hurt anyone (except Gord with the occasional kick to the groin), I don’t do drugs, I don’t drive drunk, I don’t break the law… I’m a 23-year-old guy just looking to have a fun time.

These are not the guys that “Ballers” will be portraying.

As an aside, there have been complaints that most of the women in “Ballers” are just there as sex objects. Well, hang around professional sports, and you’ll find plenty of nubile young, and even not-so-young, women — amateurs and professionals — who seem eager and willing to be just that for any athlete that looks their way. They exist in “Ballers” because they exist.

Again, no network wants to put on a show about San Diego Chargers QB Philip Rivers or New Orleans Saints tight end Benjamin Watson, strong Christians with healthy marriages to great women, and large families; or Seahawks rookie longsnapper and former Green Beret Nate Boyer, whose persistence and hard work landed him a chance to make the team at the advanced age of 34.

Instead, we’ll see the screw-ups and the fools, and the hangers-on and bloodsuckers that prey on them. But there’s a pathos under it all, a message once whispered into the ears of Roman conquerors, that “All glory is fleeting.”

The tag line of “Ballers” is “Legends don’t retire. They reinvent.”

Legend or not, that’s good advice.

Here’s the trailer — no language or nudity here, but can’t say that for the series: 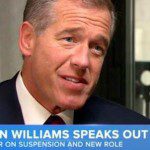 June 22, 2015
Brian Williams Said a Lot -- But Not the One Word That Mattered
Next Post 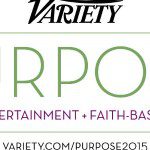