From Bing Pulse to Inmoji to D-Box, Tech That Will Rock Your World

From Bing Pulse to Inmoji to D-Box, Tech That Will Rock Your World July 5, 2015 Kate O'Hare 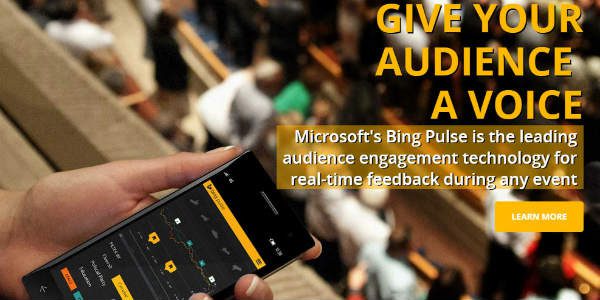 If Jesus was walking the Earth today, would He have an app?

I don’t know about that, but I’d be pretty surprised if He didn’t have a Website.

Although it’s not on the radar of a lot of Christians, the world of tech is wide open. Imagine if one of us had invented Facebook or Twitter or Instagram or Pinterest (and we’re crazy if we’re not making use of these things), or founded Microsoft or Apple. If you’re serious about the New Evangelization — or even old-fashioned evangelization — and you’re not thinking apps, Websites, digital platforms and immersive experiences, you’re missing out on on some of the greatest opportunities of this age or any other.

Imagine if the Catholic Church could sponsor incubators for tech projects in Silicon Valley, Silicon Beach and Silicon Alley — a k a Palo Alto and Santa Monica, California, and New York City — and in every other tech hub, helping creators launch great ideas that could lead souls to Heaven.

Imagine if highly successful Catholics became angel investors for tech startups, helping these great ideas get off the ground. The Gospel spreads as effectively in the digital world as in the real one.

Lately, I’ve been making the rounds, talking to some top tech types, and here are some of my takeaways. I’m not endorsing any of these products; they’re here as examples of what’s out there.

Say you have a meeting for your company, ministry, parish or charitable organization, or you’re releasing something new into the media or at a conference, and you need to gauge how it’s being received.

I had a meeting not long ago with Josh Gottheimer, the general manager of advertising and strategy at Microsoft, and he showed me Bing Pulse. It’s one of a variety of products available to capture real-time audience feedback for TV shows and live events, from election results to speeches. And nobody has to give their personal information away to use it.

You have got to sign up. What we do is we give you a site, just a URL. You drop in, and we allow the media company to have users register whatever they want: male/female, Democrati/Republican/Independent — if you’re watching a political show. You could be for the Giants or the Jets, the Yankees or the Mets; it doesn’t matter. You don’t actually have to identify people- there’s no personally identifiable information. We don’t actually know who you are, we just know an aggregate, that you’re all the men, or all the women.

So, users feed in reactions while whatever they’re watching is going on, and the people involved in the presentation can see real-time feedback, grouped into whatever demographic categories they need.

The idea of it is, let people engage in the content and actually let their voice be heard. Because we know that people want to be heard, but how do we it in such a way where they’re actually watching what they’re watching? Say you want to set up your Board of Education meeting or your company meeting or your “what we did yesterday” meeting down here, and see whether you’re agreeing or disagreeing with what was being said.

Inmoji — The Power of Connection:

Texting is the new talking, as people, especially young people, are making it their preferred means of communication. Less intrusive then a phone call, but more personal than an email, texting is conversation, but it’s also a way to exchange information quickly. Where are you? How long until you get here? I’m over here, in the corner. What time are we meeting? I just saw this hat (insert picture), what do you think? I’m at this coffeeshop (insert link), want to meet me here?

Some people decry texting, saying it’s a poor substitute for talking (and, obviously, it shouldn’t be done while driving or operating heavy machinery … or walking down a crowded street). But like any communication technology, texting has its uses. You can’t send a link or a picture in a phone call. But getting a link into your text can be cumbersome, with a lot of copying and pasting.

What if you could insert a link as easily as you do an emoji? (For the uninitiated, emoji are tiny pictures and symbols inserted into messages to express emotions or illustrate what’s being said.)

Story continues on the next page … 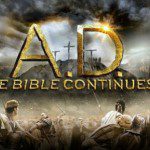 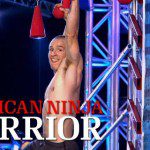 July 6, 2015 Military 'American Ninja Warrior': A Sailor Celebrates Life as a Gift From God
Recent Comments
0 | Leave a Comment
"Great review and perspective, Kate. Thanks for reminding me about Miss Luba and other wonderful ..."
Steve Bailey Watching ‘The Jesus Music’ Is Like ..."
"Sounds sort of like a cross between Battle Royale and 13 Tzameti."
Goat Plissken Netflix’s ‘Squid Game’: Violent, Engrossing Korean ..."
"What do you think of Bishops trashing Pope Francis name, and trying to turn religion ..."
oneworlddude Papal Biographer Austen Ivereigh on PBS’ ..."
"What do you think of Pope Francis taking action against celebration of the Latin Mass, ..."
See Noevo Papal Biographer Austen Ivereigh on PBS’ ..."
Browse Our Archives
get the latest updates from
Kate O'Hare's Pax Culturati
and the Patheos
Catholic
Channel
POPULAR AT PATHEOS Catholic
1