NBC”This Is Us’: Why Catholics Should Be Watching This Family Drama 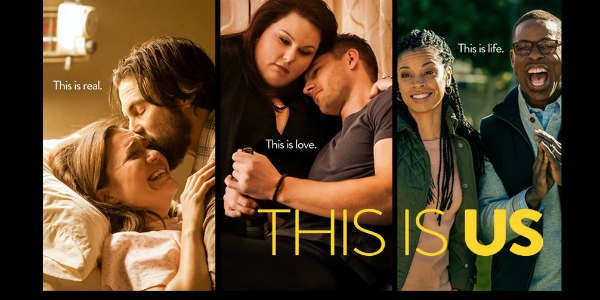 “This Is Us,” airing Tuesdays on NBC, may be just what network TV needs right now.

For years around Hollywood, at press events and parties, I’ve been preaching the same gospel to ABC and NBC (not CBS, which has always got it):

You’re never going to sit at the cool kids’ table again. Heck, HBO is lucky if IT doesn’t get kicked off the cool kids’ table. You’re probably not going to win many, if any, Emmys or Golden Globes going forward. How about we try to make some money and survive? How about programming to the vast middle of America, where people are starving for shows that resemble their lives, represent their reality and their values? They settle for mediocre or just plain bad stuff, because they’re desperate to find something they can sit down with their kids and watch. You can feed this audience better than just reality shows and the occasional sitcom. You’re leaving money on the table.

Somewhere along the way, NBC listened. In 2015, the network hit big with the TV-movie “Dolly Parton’s Coat of Many Colors,” and quickly turned around a 2016 sequel, “Christmas of Many Colors.” In between, it picked up “This Is Us.”

If you haven’t been watching, you can catch up on Hulu or at NBC.com. If you haven’t seen it at all, SPOILERS are coming, so look away now!

“This Is Us” stars Milo Ventimiglia and Mandy Moore as Jack and Rebecca Pearson, a white couple in 1980ish that is expecting triplets. On the day of the birth, one of the babies dies. But, coincidentally, a newborn African-American baby was left at a fire station, and he winds up in the same hospital nursery ward as the surviving fraternal twins, a boy and a girl. Urged on by their obstetrician (Gerald McRaney), Jack and Rebecca decide to adopt the abandoned infant.

At the same time, in the present day, the show follows the triplets — twins Kate (Chrissy Metz) and Kevin (Justin Hartley), and adoptee Randall (Sterling K. Brown) — as 36-year-old adults struggling with challenges in their lives. Chrissy desperately wants to lose weight while juggling a new boyfriend (Chris Sullivan); Kevin quits a successful sitcom because he wants more respect as an actor; and Randall has just located his biological father (Ron Cephas Jones), who is dying of cancer.

As episodes go on, “This Is Us” switches back and forth between time periods in the past when “the Big Three” are kids, and their thirtysomething present.

While the show has some adult elements (Randall’s father is apparently bisexual, as a male lover has appeared), and there is some brief partial nudity (mostly Ventimiglia’s backside — this is still network TV), but the show is generally suitable for junior-high students and up. It deals with a range of family issues in a slightly sentimentalized, but mostly realistic, manner.

It also shows supportive, loving marriages, both Jack and Rebecca’s, and that of Randall and his wife (Susan Kelechi Watson). In particular, it shows both Jack and Randall as strong, involved, intelligent fathers, who love spending time with their families — a stark contrast to the bumbling, lazy dads too often seen on TV.

The Pearsons are not overtly religious, but neither are they atheists. There was also a Christmas celebration, and a family funeral scene in which there was a Bible and prayers, so one can assume the family is at least nominally Christian.

But last week, the show hit a home run, especially for Catholic viewers.

The episode that aired Jan. 17, called “The Big Day,”  written by series creator Dan Fogelman and Laura Kenar, was a prequel, charting the 24 hours before the birth of the twins and Randall. It also contained one of the most charming Catholic storylines I’ve seen this year.

It introduced us again to Joe (Brian Oblak), the firefighter from the pilot. He sat in confession with his priest, admitting that he’d lied to his wife about quitting smoking … and that his marriage was in trouble. He asked the priest for a miracle.

Later, when the baby appeared at the fire station, Joe decided to take him home and tell his wife that it was a sign, that they should adopt him. The wife didn’t go for that, instead urging him to take the newborn to the hospital. At first he’s disappointed, but over the course of the episode, we see Joe and his wife reconnect, rediscovering that made them fall in love in the first place. By the show’s end, they are back together.

There are lots more lovely storylines in this episode — and you’d have to have a heart of stone if Gerald McRaney doesn’t at least make you misty — but to see a Catholic turn to confession, ask for a miracle, not get the one he wanted but the one he needed, and put his marriage back together, was a beautiful thing.

I saw the episode at a screening. Afterward at the party, I asked Fogelman what inspired him to put in this storyline. He said that he wasn’t a religious person at all, but that the idea that Randall was destined for Jack and Rebecca had overtones of faith, so he brought in Joe’s Catholicism.

For a secular writer to have the generosity to add this, and to get it right, may not be the miracle Catholic viewers were hoping for, but it may be the one they needed.

At a present press event for the show, it was announced that “This Is Us” has been renewed for two more 18-episode seasons, bringing the total order so far to 36 (heh).

Also, Justin Hartley said something that emphasizes what the show is about:

To what Milo was saying about it being important, I’ll tell you a really quick story. Without saying any names, I have a friend who’s divorced. A lot of us have been divorced. He’s got two kids, a daughter, a son. His daughter is 15; his son is 12. He said to me, “We look forward to this, the three of us.” Obviously, they’re doing different things. These are three lives that are completely different, but yet they gather around the TV every week. And he goes, “It’s one of the only only things that we do together. We all enjoy it. We all look forward to it.” They all sit together, and they watch it, and it’s a thing that they do as a family. So, to your point it being important, that right there, that kind of stuff, floors me.

Click here to read the cast’s comments on the episode airing Tuesday, January 24, including this warning from Hartley:

Don’t miss a thing: head over to my other home at Family Theater Productions; also like the Patheos Catholic FB page to see what my colleagues have to say. 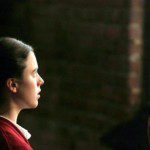