When I first asked HBO chief Casey Bloys about “The Young Pope” in the summer of 2016 — he said the 1o-part series wasn’t “wildly inaccurate” — I had very little hope that it would be worth watching.

Having seen advance screeners of the final two episodes — airing tonight (Feb. 12) and Monday night (Feb. 13) — happy to say I was wrong.

Now, that doesn’t mean that “The Young Pope” is an accurate portrayal of the Faith, the Church or the papacy. It isn’t. It’s a fantasy exploring what happens when a fortysomething American orphan is elected to the Chair of Peter under the assumption he’ll be a pushover. Cardinal Lenny Belardo (Jude Law), who becomes Pope Pius XIII, turns out to be anything but.

He’s eccentric, strong-willed, alternately kind and cruel, deeply traditional in dress, decorum and doctrine — he’s sort of an anti-Pope Francis in the papal-finery category — and ambivalent about his own faith.

(This may change at the end, but that’s all I’ll say about that.)

After seeing five episodes, I said this:

All this being said, “The Young Pope” is bizarrely entertaining, and it does ask interesting questions. There’s even a moment when the aggressively enigmatic pontiff declares an end to ecumenicism and fuzzy platitudes, and seeking the approval of the world, that might warm the hearts of some traditionalists.

He wants to slam shut the open windows of Vatican II and return to the Church its aura of mystery and wonder.

Sorrentino also seems to understand one of the paradoxes of the Church today — that younger people can wind up being more orthodox and tradition-minded than their Boomer elders. They’ve seen the wages of the misapplication and distortion of Vatican II, and a fair number of them are flocking back to the Tridentine Mass as a result.

Matthew Schmitz over at First Things saw something similar:

Young people really do desire structure today. Call it “rigidity” if you like, but they have had occasion to learn the value of rules. Some of them would have been spared a great deal of misery if our Church and society had been more rigid on certain points.

Sorrentino understands this. The young pope is an orphan, you see, having been abandoned at a young age by his parents—two freethinking hippies. It is because he has lacked a mother and father that he has come to see the value of traditional authority. An exchange between him and an old cardinal is telling:

“You surprise me, Holy Father. You are young, and yet you have such old ideas.”

“You’re wrong about that. I’m an orphan, and orphans are never young.”

“But the majority of churchgoers are not orphans.”

“Says who? You really think the only orphans are those without a mother and father?”

As evidence, here’s Pius XIII’s barnburner speech – tiara and all — to the cardinals:

“The Young Pope” is not so much a series about the papacy or the Church, but about the experience of being Catholic, about the way that the Church’s teachings and culture wrap around and permeate one’s life. Catholicism is not just the one true Faith, it’s a true world faith. It’s the underpinning of Western culture, but it doesn’t stop there. From Japan to Hawaii to Sweden to Uganda to Korea to Rome, the Church is everywhere and for everyone.

When tragedy strikes, the eyes of the world often turn to the Vatican, like travelers marking the North Star or the Southern Cross to get their bearings.

And it may take someone standing outside the Catholic mainstream to talk about some of the things that affect us most deeply.

In an earlier episode, Pius XIII forbade any new homosexual priests, causing one rejected priestly candidate (who said he was not gay) to kill himself in despair. One could argue that someone who would leap from the top of the Vatican because he was rejected from the priesthood — for whatever reason — was probably not emotionally equipped to a be a priest in the first place, but that’s not the point Italian writer/director Paolo Sorrentino was making.

As might be expected in modern entertainment, Sorrentino (whose personal relationship to the Church, whatever it is, doesn’t seem to be antagonistic) has the usual secular attitude toward same-sex attraction, but his treatment of it is more delicate and nuanced than is usually seen.

And those who felt that certain Church prelates got off too easy in the scandals may let out a cheer when they see how that particular storyline is resolved (click here for the utterly spoilery video).

There have also been lovely moments, like this speech in Africa …

“The Young Pope” has also touched on issues most shows won’t go near — unless they’re toeing the progressive line. On abortion, Pius and his mentor actually debate it in an intelligent way.

Over the course of the series, Pius XIII has wrestled with his faith demons, despite the insistence of the nun who raised him, Sister Mary (Diane Keaton), that he is “a saint.” In the final episodes, we learn more about why she thinks that. As presented, the evidence is compelling.

At the end, Pius’ heart is softened in many ways, and he comes to turning point. His final speech wouldn’t win kudos from anyone teaching homiletics at a seminary, but this is TV, and it’s a great TV moment.

“The Young Pope” frequently plays fast and loose with Catholic theology, and Pius XIII is a pontiff that could exist only in a fantasy (thank goodness for that). Nevertheless, I found the series intriguing, weird, sometimes clumsy, often beautiful and occasionally quite moving. In short, it’s been a lot like my experience of coming back to the Church itself.

I never felt like I was wasting my time (and that’s saying something).

If there’s a season two, I’ll check it out. 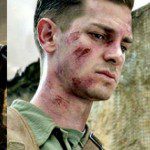 February 9, 2017
The Movieguide Awards: Honors That Will Actually Talk About Hollywood?
Next Post 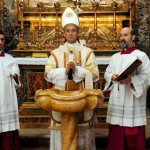 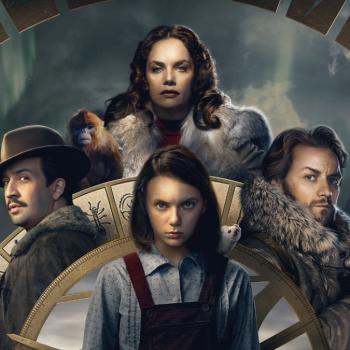 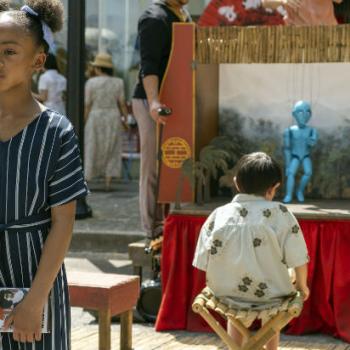 Catholic
'Watchmen': So, You Used a Nun and a...
Kate O'Hare's Pax Culturati 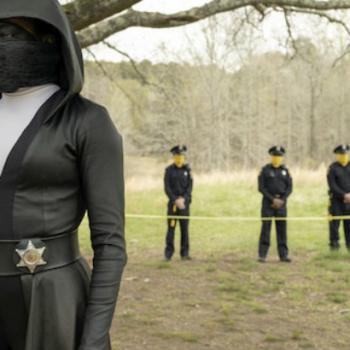