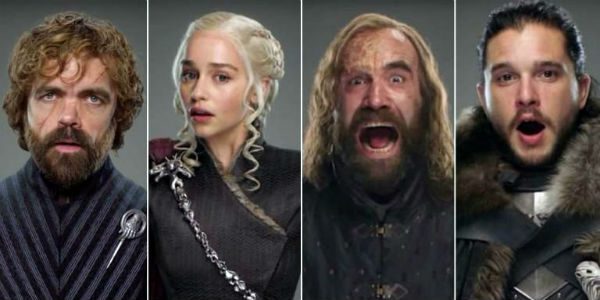 To watch or not to watch “Game of Thrones,” that is the question, and there are wildly different answers among people of faith.

I’ve seen some episodes, and it’s not my cup of tea. As I wrote back in 2011, after watching the first few episodes:

“Game of Thrones” reminds me of the second “Star Wars” trilogy, in which the Hero’s Journey was set aside in favor of a complicated tale of political maneuvering and power plays.

I haven’t figured out if “Thrones” has a larger theme — such as Frank Herbert’s fascination with ecology, which underpins the political machinations in the “Dune” books — or if it’s an allegory for something else. So far, it doesn’t seem so. It just seems like characters moving in a landscape, maneuvering for power.

I’m just not sure if I care who wins or loses.

I’ve seen episodes since — including the recent season premiere — and while I continue to be impressed with the production values, I still don’t care. But I know plenty of people who are deeply invested, and that includes at least one priest and some other very devout Catholics. Recently, there has been a spate of articles decrying the show’s liberal doses of violence, nudity, sex (including apparently many rapes) and rather one-sided portrayal of religion as being just about power.

That was expressed here by one of my co-workers, who worries that for many secular viewers, “GoT” may be providing the wrong answers.

It is interesting to note that a show so popular is asking some of the big questions of life and ones that are very theological. Where interest needs to meet action is that we must take the challenge of getting to know our faith so we understand the answers to such questions and can give a better response than Beric’s, whose only reply to Clegane is “You’re right. I don’t know. I guess the Lord isn’t done with me yet.”

We need theses answers for ourselves… and just in case one of our friends, family or acquaintances happens to be one of those millions of viewers, especially if Game of Thrones is one of the only ways they encounter religion at all.

His reaction was mild compared to some. Here’s a sampling of some other views:

I used to watch Game of Thrones. Then I realized it was endangering my immortal soul.

But, there are dissenting voices. From the Suspended in Her Jar blog at Patheos.com:

I will close with two caveats: first, no, it is not a show for everyone. Not everyone finds catharsis in stories of darkness and violence, but some of us do. Some simply find these representations disturbing. And obviously, it is not for children….but, then, neither is wine. And just as wine could be dangerous for some, so could depictions of graphic violence be harmful both for those inclined to perpetrate such acts, and those who have been victims of them. Second, I agree with some critics that the showrunners sometimes go too far. Storytellers have to tread with care on many issues, especially in depictions of sex and violence, and not everyone always gets it right. Especially when money is at stake. Especially when rape culture is so, disturbingly, normative.

As I said, I don’t have a direwolf in this fight. I’m a firm believer in artistic freedom, and pay-cable channel HBO can offer its subscribers whatever it wants. I may not consider “Game of Thrones” to be anywhere near the equal of crime-and-punishment dramas “The Sopranos” or “The Wire” — shows that had more than their share of sex, violence and bad language — but it is half a tick above the pulpy vampire tale “True Blood.”

Ultimately, the world is full of beauty and full of dreck — even beautifully produced dreck. As adults, we have to decide what we consume and why, because, just like the food we eat and what we drink, it becomes part of us. 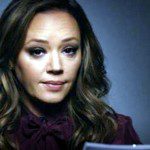 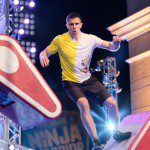 July 23, 2017 The Papal Ninja Swings Back into 'American Ninja Warrior'
Recent Comments
0 | Leave a Comment
Browse Our Archives
Follow Us!