‘Paul, Apostle of Christ’: The Catholic Filmmakers (and I) Speak! 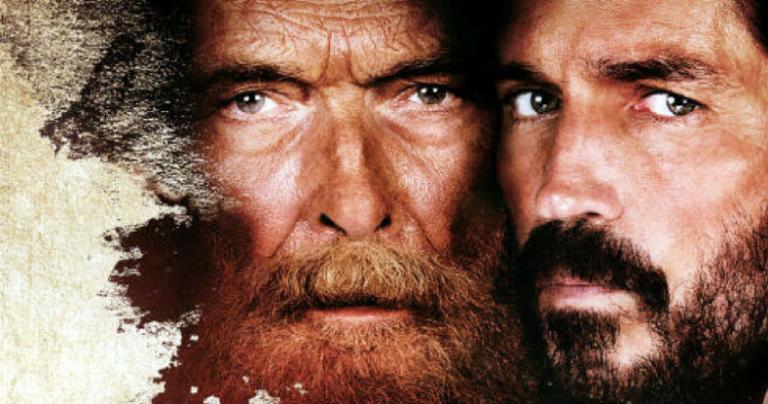 “Paul, Apostle of Christ” opens in theaters today, and I’m happy to report that this is a Bible movie that works both as Bible and as movie.

Don’t get me wrong, it’s no big sword-and-sandals epic. Expect no gladiators, massive crowd scenes, chariot races or thundering voices from the clouds. It’s what in TV parlance is called “a bottle show,” meaning that a big chunk of the action takes place in one location. In this case, that’s the subterranean cell in Rome’s Mamertine Prison of the Apostle Paul (James Faulkner, “Game of Thrones”), where he’s awaiting execution by Emperor Nero for allegedly setting Rome on fire (SPOILER — He didn’t, but Nero might have).

Nero used the fire as an excuse to unleash fresh hell on the Christian community in Rome, which was already being persecuted, thrown to lions, crucified, etc. Into all this wades the Apostle Luke (played by “The Passion of the Christ” star Jim Caviezel), who arrives to help the frightened Christians and to have one last visit with his longtime roadtrip buddy and partner-in-evangelization, Paul.

So, there’s a lot of talking, but it’s really good talking, done by two excellent actors. Faulkner, with his deeply lined face, Old Testament beard and resonant voice, brings warmth and gravitas to Paul. Caviezel , as the Greek physician and Gospel writer Luke, is a little lighter than either in “Christ” or “Person of Interest,” even contributing a few witty lines that, while not in the original script, help to further humanize the characters.

The rest of the the movie focuses largely on the plight of the community led by Bible characters Aquilla and Priscilla (John Lynch, Joanne Whalley); and on the fictional interaction among prison prefect Mauritius (Olivier Martinez), Paul and physician Luke, concerning the Roman’s seriously ill daughter. There are also flashbacks to Paul’s pre-Road-to-Damascus life as Saul, fire-breathing killer of Christians, and how he was transformed into Gospel messenger Paul.

It’s rated PG-13 for violence, so be warned. The reviews, surprisingly, are kinda positive overall — with some whinging from Variety about how ridiculous it is for post-Constantine Christians to still think of themselves as persecuted (but the Washington Post was thumbs-up). “Paul, Apostle of Christ” currently sits at 7.9 out of 10 on IMDB, and has a 96% positive audience rating on Rotten Tomatoes (it’s 29% with critics, but whaddya want?).

It’s also not perfectly Biblical, but I don’t mind that. Few things come off well when read as if they’re Holy Writ (even Holy Writ), so giving actors lines to say that sound like actual speech, instead of confining them to just what’s in Scripture, works for me. You can go to silly lengths with artistic license, but “Paul, Apostle of Christ” colors in the lines, while making its characters flesh-and-blood.

The movie goes where NBC’s “A.D.: The Bible Continues” would have gone, if it lasted longer than two seasons, following the growth of Christianity beyond just those who actually met Christ or heard Him preach. It’s interesting to remember that neither Paul nor Luke met Christ in the flesh (though I harbor a suspicion that Luke got a lot of his Gospel directly from Mary).

Incidentally, in my other life as Social Media Manager for Family Theater Productions, I sat down with “Paul” director Andrew Hyatt and producer T.J. Berden — Catholics who previously did 2015’s Mary movie “Full of Grace” — for video interviews. Here are the first two parts: 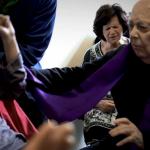 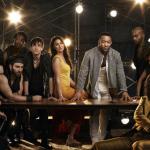 March 27, 2018 NBC's 'Jesus Christ Superstar Live': First Look at the Easter Rock Opera
Recent Comments
0 | Leave a Comment
"What do you think of Bishops trashing Pope Francis name, and trying to turn religion ..."
oneworlddude Papal Biographer Austen Ivereigh on PBS’ ..."
"What do you think of Pope Francis taking action against celebration of the Latin Mass, ..."
See Noevo Papal Biographer Austen Ivereigh on PBS’ ..."
"A sequel to the Passions of Christ .... lord love a duck"
ILR ‘Father Stu’: Two Who Knew Real ..."
"I wonder if the movie will end up like Metin Scorsese’s “Silence” - too grim ..."
Chris ‘Father Stu’: Two Who Knew Real ..."
Browse Our Archives
get the latest from
Kate O'Hare's Pax Culturati
Sign up for our newsletter
POPULAR AT PATHEOS Catholic
1 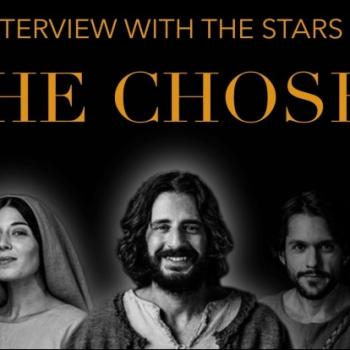