Raising the Eucharist may be spiritual heavy lifting, but it’s not especially taxing physically. A new generation of priests, though, is pairing physical fitness with spiritual fitness — and one of them is coming to NBC’s “American Ninja Warrior” this summer.

When Season 10 of the obstacle-course competition show premieres on May 30 at 8 p.m. ET/PT on NBC, among the competitors will be Father Stephen Gadberry, pastor for two Arkansas parishes: St. Cecilia in Newport, and St. Mary in Batesville.

Raised on a farm, Father Gadberry served in the Air Force before seminary and is a longtime CrossFit enthusiast. But it took encouragement from one of the veteran stars of “American Ninja Warrior” to get him to tackle the show’s complex and challenging courses — where one slip at a regional tryout can end your season almost as soon as it begins.

Father Gadberry will be seen trying his luck at the regional preliminary round in Dallas, Texas — the first step on the road to the finals at Mount Midoriyama in Las Vegas.

California-based devout Catholic Sean Bryan is one of ANW’s fan favorites and most successful competitors, wearing his own signature yellow-and-white Vatican-flag gear as the “Papal Ninja.”

Originally, he tried  to get athletic Father Steve Grunow, executive producer at Bishop Robert Barron’s Word on Fire apostolate, to compete, but Father Grunow had another idea.

[Father Grunow] said that I should consider looking at Father Gadberry’s Instagram and reach out to him. So I did and thought that he was a great choice.

Upon first contact, he seemed interested, so we started taking the idea more seriously. I advised him about how to apply and what to include in his video submission. He sent me training videos, and I would give him feedback.

We met in person in Dallas a few days before the competition, and we went to a local ninja gym to work out together for some last-minute training.

We’ve developed a friendship that has brought us together. But, even more important, “American Ninja Warrior” has given us both the opportunity to proclaim the Good News and glorify God in a unique way that reaches millions.

According to a story at Catholic News Agency, Father Gadberry works out a couple of hours a day, passing on TV time and scheduling around his priestly duties.

As to why he’s doing “American Ninja Warrior,” he told CNA:

“[I] would be a bad steward of God’s gifts if [he] didn’t humbly and gratefully accept this opportunity as a moment” to proclaim the Gospel.

“[Evangelizing] is the primary reason for me doing this. The Lord tells us to go out and make disciples of all nations,” he said. “As this platform has stumbled into my lap…I can further deliver the message of the Gospel that I am supposed to as a priest.”

As for those who think that a priest doing physical fitness is a sign of excessive pride:

“Often times, people will stereotype a priest or religious or someone who is devout in their faith as being uber spiritual,” to the point of neglecting the body, he said, warning that this not Catholic teaching.

He added that dietary and exercise disciplines have a correlation to the spiritual life “because virtues are developed through physical discipline.”

Our physical and spiritual well-being are intimately connected. Attention, dedication, and patience are required for fully developing both. The virtues gained in one area of life affect how I live other areas of life. For example, having a disciplined and structured prayer life makes it easier to follow a disciplined and structured exercise program. On the other side of the coin, what I learn about patience, hard work, and focus through exercise helps me to stay focused in daily tasks that are more spiritual, emotional, and psychological.

This is true of our vices, too. If I cannot practice moderation with food, drink, internet, sleep, or other daily actions, I will likely be unable to focus in prayer or persevere in times of spiritual and emotional desolation.

Here’s a video posted by the Catholic Diocese of Little Rock in January, featuring Father Gadberry. The description says:

In this Instagram-type video, Father Stephen Gadberry attempts to lift 205 pounds doing an Olympic weightlifting movement called squat snatch. “I failed a number of attempts before finally getting 205 pounds overhead. It’s fun to post ‘perfect’ video clips, but people appreciate seeing ‘failures’ too. Believe it or not, they actually inspire people too. Embracing weaknesses until they become strengths.” 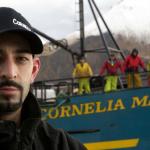 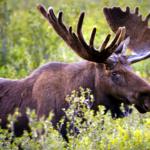 May 25, 2018 Netflix's 'Northern Rescue': 'Everwood' or Not 'Everwood'?
Recent Comments
0 | Leave a Comment
"Simply being subject to scrutiny for many Christian sects is "unfair". They're ignoring that THEY ..."
Michel Hulu’s ‘Under the Banner of Heaven’ ..."
"I think some people’s opinion about this movie will reflect their opinions of Mark Wahlberg ..."
Chris ‘Father Stu’: What Makes a Catholic ..."
"I too was not enamored of Bertha's ball gown, it wasn't particularly flattering, and that ..."
KMC HBO’s ‘The Gilded Age’: Oh, the ..."
"chaturbate Chaturbatechatrubatr Chatrubatrchaturbatew chaturbatewchatrubatw chatrubatwchatubate chatubate"
chaturbate ‘The Chosen’s’ Angel Studios Attracts Investment ..."
Browse Our Archives
Related posts from Kate O'Hare's Pax Culturati