NatGeo Channel’s The Story of God With Morgan Freeman returns after a two-year break on Tuesday, March 5, with a heckuva headliner — the Devil.

The docuseries, which sends host and executive producer Freeman around the world to survey different human conceptions of faith, launches with Search for the Devil. It includes a meeting in Rome with a Catholic priest who does exorcisms and an interview with a man who’s experienced exorcism (pictured above).

During the recent TV Critics Association Press Tour in the Los Angeles area, I sat down, along with some other faith press, for a chat with Freeman, and fellow Revelations Entertainment executive producers Lori McCreary (a Christian, by the way) and James Younger.

I asked if anything scary happened while they were traveling 75,000 miles through 30 countries, and McCreary immediately said, “When we were talking to the exorcist. A lovely gentleman. Morgan was in a great conversation with him. Morgan asked him, ‘How do you know if someone’s possessed, of if there’s just something going on with them mentally?’

“He started describing a few things. One, they speak in languages that are dead languages … But the thing that was chilling to me is, he said, ‘Sometimes I know it’s really real when I think of a question, and the person answers the question I’m thinking. I don’t even verbalize it.'”

I’ve seen the first three episodes of season three, and it’s an improvement over season two, which was a letdown from a pretty solid season one. While Freeman seems to make an emotional connection more with Hinduism and Buddhism, he gives everyone equal respect. And this season, Christianity — especially Catholicism — gets a much fairer shake than it usually does.

One criticism I have of a lot of modern cable documentaries surveying religion is that they include believers talking about other faiths but lean heavily on academics when talking about Christianity. And, whether you know it or not, just because someone is a scholar of Christianity doesn’t mean he or she is a Christian (or even a person of faith at all).

There’s a quite different quality when you’re talking to someone who’s not just knowledgeable about his or her faith but who actually believes it. In this season of The Story of God, I was happy to see a good sprinkling of Christian believers, including Catholic priests. I asked McCreary about this.

“This season especially,” she said, “because we were looking more at individuals’ experiences within their religion, we were erring less on the side of religious scholars and more on the side of people that had the experience, that are believers in whatever faith it is, and the experience that they’re going through. So I think you’ll consistently see that in the rest of our episodes.”

Added Younger, “We want that passion. So, when we do have a scholar, we want to make sure they’re really great, that they’re really dynamic people. Like, say, [scholar and Episcopal priest] Bruce Chilton, when we went into that old house church in Rome — he’s just very passionate.

“Bruce Chilton is a well-known biblical scholar. He’s great, but we don’t want it dry. We’re not trying to learn all the details. We’re not historians really.”

“Bruce is also a Christian,” said McCreary. “So, he’s a scholar and a Christian. They don’t always go together, and it’s a really important distinction.”

Asked what she’d like people to take away from The Story of God, McCreary said, “I would love for someone to walk away having a deeper understanding of their fellow humans and also be more in touch with what their own belief is. That would, for me, be a great outcome — and maybe building bridges to people who think differently from them, because they’ve seen this.”

Added Freeman, “That’s the bottom line right there. Your belief is as legitimate as mine. I have the deepest respect for it. You and it. I expect the same. You don’t have to change what you think or believe, because there are people who do.

“I don’t think we’re going to succeed in changing the world, or the way the world thinks, but if we could get enough people to understand what we’re not seeing … don’t be afraid, if my faith seems different from yours. We’re not that far apart, I promise you. …

“Maybe I sound a bit jaded about things, and I don’t mean to, but like I say, I’m an open system. What’s there is there. I accept it. Our job, our task, is going around the world and asking people talk to us about their faith. So, you can’t go there and have an attitude about it, you know?”

Episode schedule for The Story of God With Morgan Freeman, which airs Tuesdays at 9 p.m. ET/PT:

Search for the Devil (March 5) 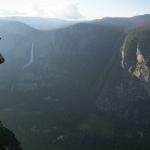 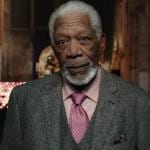 March 11, 2019 EXCLUSIVE CLIP: NatGeo's 'The Story of God With Morgan Freeman' Talks Christ, Minus the Resurrection
Recent Comments
0 | Leave a Comment
"Now I highly doubt if Irene is even his daughter or like someone else's daughter ..."
Grimm_Persona ‘The Chosen’ Season 3: The Taxman ..."
"gosh they are all too obsessed like too obsessedx.2635C.US/By5119e"
Sunses ‘A Gipsy Christmas’: House of the ..."
"Sure. I have read a couple of books on the early days of the NFL. ..."
Jim Dailey The Catholic Roots of the NFL: ..."
"This is about the roots of the NFL, which date back to the '20s. So, ..."
Kate O'Hare The Catholic Roots of the NFL: ..."
Browse Our Archives
Related posts from Kate O'Hare's Pax Culturati