For Abby Johnson, what she saw changed everything.

The tag line for the new film Unplanned, hitting theaters on March 29, is, indeed, “What She Saw Changed Everything.” In Oct. 2009, Abby Johnson, the director of a Planned Parenthood clinic in Bryan, Texas, says she witnessed the ultrasound-guided abortion of a 13-week unborn baby. Despite having worked at the clinic for nine years, beginning as a volunteer, she says the sight of the tiny fetus struggling against the tube that sucked it from its mother’s womb was too much for her.

Shortly afterward, Johnson quit her job at the clinic and came over to the pro-life cause. After fending off a lawsuit intending to bar her from disclosing confidential information from the clinic (later dismissed), Johnson has become a fierce pro-life activist and works to bring out other women who’ve worked in the abortion industry.

Written and directed by the God’s Not Dead duo of Chuck Konzelman and Cary Solomon, and distributed by PureFlix Entertainment, Unplanned is based on Johnson’s book, UnPlanned: The Dramatic True Story of a Former Planned Parenthood Leader’s Eye-Opening Journey Across the Life Line.

The film stars stars Ashley Brachter (who says her own mother had an abortion as a teen and almost aborted Ashley) as Johnson; with Brooks Ryan as her husband, Doug; Robia Scott as Cheryl, Johnson’s superior at Planned Parenthood; Jared Lotz as pro-life activist Shawn; and Kaiser Johnson as Abby Johnson’s lawyer, Jeff Paradowski.

Also making a cameo appearance is Christian (and recovering addict) Mike Lindell, founder of the Minnesota-based MyPillow, who was approached by Konzelman and Solomon to appear in the film, and wound up donating a badly needed $1M on the spot (1/6th the total budget). He told the Hollywood Reporter:

Currently pregnant with her eighth child, the now-Catholic Johnson was a Baptist-raised wife and mother during her time at Planned Parenthood (which according to a report in the New York Times, doesn’t have a good record for how it treats pregnant employees). She left her Baptist church for a more pro-choice Episcopalian one, that then rejected her when she became pro-life.

The movie opens with scenes of Abby with her family, getting ready for work, arriving at work and then being called into the procedure room, where she says she saw the thing that changed her heart. It then goes back to see how she became a pro-abortion believer, starting in college, and the strain that put on her subsequent marriage and relationship with her long-suffering pro-life parents. Also depicted in some disturbing detail are Abby’s own two abortions prior to her marriage — one surgical and one chemical.

The film dives into the corporate side of Planned Parenthood, with the organization depicted as saying, on the one hand, it wanted to lessen the numbers of abortions with contraception, etc., but also demanding that Abby up her quotas of abortion procedures. As an executive is shown claiming in the film, the abortion procedures are Planned Parenthood’s “fries and soda,” the lower-cost, high-margin items that finance the rest.

Planned Parenthood claims that abortions represent less than four percent of what it does, but that figure has been disputed. Opponents claim that the way the organization categorizes and separates services conceals the total percentage of actual income from abortions.

Planned Parenthood has been accused of many things, from the issue of mistreating pregnant employees up to trafficking in the body parts of aborted babies (which the company describes as “donations” for research — competing narratives here from pro-life investigators and here from a government oversight committee).

In 2013, Houston-based Planned Parenthood Gulf Coast paid $4.3M to settle civil allegations under the False Claims Act in the Eastern District of Texas. The suit alleged that, between 2003 and 2009, the organization incorrectly or fraudulently billed Texas Medicaid Title XX and the Women’s Health Program for counseling, STD testing and contraceptives. Most of the money went to the federal government; Planned Parenthood admitted no liability.

Johnson herself had filed a similar suit, but it was judged to be too similar to the already-filed one and dismissed.

So, there is some cause to question Planned Parenthood’s recordkeeping (see its very rah-rah most recent annual report here). This matters because, according to a 2010 piece in Texas Monthly, Abby Johnson’s anecdote about what she witnessed can’t be backed up by recordkeeping from the Bryan clinic.

UPDATE 4/8/2019: An answer to the above is below, but in a lengthy piece for The Federalist, Johnson goes into much greater detail refuting the Texas Monthly article and its claims that her anecdote may not be true. Click here to have a look.

There’s no denying the advocacy and commitment of Johnson to the pro-life cause in the years since — and certainly, something dramatic had to have happened for her to abandon her career.

I asked Solomon about this after screening the film, and he said:

That doesn’t concern us, because we know what happened, number one. Abby testified to the fact that it happened. … She very specifically states in her book exactly what happened. … So, if it wasn’t true, since they sued her on everything else, they would have sued her on that. But they can’t sue her on that, because they know it was true, and they didn’t want to bring that up.

The presumption that she would design all of this so she could … I mean, why would she? From my point of view, why would she go through with it? If she didn’t want to be in Planned Parenthood, she could’ve just walked out. She had no idea she was going to become Abby Johnson, right?”

I also reached out to Johnson, and here’s what she had to say:

Planned Parenthood did not keep track of whether a procedure was ultrasound-guided or not. They just wanted it done. Planned Parenthood has a long history of fudging records, doctoring reports, and blatantly lying to cover their crimes. Look at any video Lila Rose has done or any of the lawsuits against Planned Parenthood for Medicaid fraud – they have had to repay millions and millions of dollars for defrauding the government. I was their most prized employee the year before I left and the youngest clinic director for Planned Parenthood at the time – they wanted me discredited because they knew my story would turn away women from Planned Parenthood, which it has.

The judge in the gag order case against me scolded Planned Parenthood for their frivolous and ridiculous lawsuit against me, saying that they wasted his time. Planned Parenthood and their supporters are welcome to scrutinize my story. Through my ministry And Then There Were None, which has helped nearly 500 abortion workers leave their jobs and find life-affirming ones, the stories they tell back up mine. Many are even more gruesome.

I have learned never to underestimate God’s redeeming grace and forgiveness. My story can seem untrue because God’s mercy is so vast that even someone like myself, who was complicit in over 22,000, was able to turn around and leave Planned Parenthood after seeing for myself that life in the womb indeed does exist.

In the end, Unplanned is Abby Johnson’s story, and this is the story she tells. It’s an engrossing and occasionally hard-to-watch tale. The MPAA slapped it with an R-rating for “some disturbing/bloody images.” Having seen it, there’s no sex, no rough language and no acts of violence — unless you include the lead up to, and aftermath of, abortion procedures.

What’s certain is that Johnson, an ordinary wife and mother from Texas, has placed herself squarely in opposition to a powerful and influential organization, which makes huge contributions to political campaigns and wields great influence in government and media. She may not have planned her life that way, but she’s embraced it.

For more information and to buy tickets, visit UnplannedFilm.com. 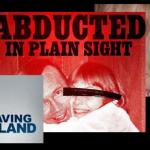 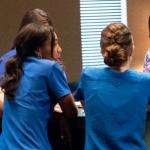 April 1, 2019 Pro-Life 'Unplanned' Delivers Surprising $6M Opening Weekend
Recent Comments
0 | Leave a Comment
"Simply being subject to scrutiny for many Christian sects is "unfair". They're ignoring that THEY ..."
Michel Hulu’s ‘Under the Banner of Heaven’ ..."
"I think some people’s opinion about this movie will reflect their opinions of Mark Wahlberg ..."
Chris ‘Father Stu’: What Makes a Catholic ..."
"I too was not enamored of Bertha's ball gown, it wasn't particularly flattering, and that ..."
KMC HBO’s ‘The Gilded Age’: Oh, the ..."
"chaturbate Chaturbatechatrubatr Chatrubatrchaturbatew chaturbatewchatrubatw chatrubatwchatubate chatubate"
chaturbate ‘The Chosen’s’ Angel Studios Attracts Investment ..."
Browse Our Archives
Related posts from Kate O'Hare's Pax Culturati