Starting tonight, Thursday, May 23, Sundance TV airs an eight-hour adaptation of Umberto Eco’s theological and literary labyrinth of a mystery novel, The Name of the Rose.

John Turturro stars (and is a writer and executive producer) in the Italian/German production, along with Michael Emerson (Lost, the upcoming Evil), Rupert Everett and a multinational cast. By all accounts, Turturro is a big fan of the original book and sought to do it justice.

What Is The Name of the Rose About?

Published in 1980 in Italian, and in 1983 in English, Eco’s debut novel is a strange mix of medieval history, fiction, literary references, Catholicism and classic murder mystery, with dollops of sex and violence.

It centers on Franciscan friar William of Baskerville (played by Turturro, and, yes, that is a Sherlock Holmes reference, if it hadn’t already hit you over the head), a man of faith and reason — and before you ask, he never loses either — but also a wise man of the world.

With Benedictine novice Adso of Melk (Damian Hardung) in tow, he arrives at a Benedictine monastery in northern Italy in 1327 to attend a theological disputation. Here’s how Wikipedia describes that:

In the scholastic system of education of the Middle Ages, disputations (in Latin: disputationes, singular: disputatio) offered a formalized method of debate designed to uncover and establish truths in theology and in sciences. Fixed rules governed the process: they demanded dependence on traditional written authorities and the thorough understanding of each argument on each side.

Among the questions up for dispute is the wealth of the Church versus the radical poverty preached by the Fraticelli (Little Brethren), a k a the Spiritual Franciscans. Declared heretical in 1296 by Pope Boniface VIII, they took St. Francis’ devotion to Lady Poverty to an extreme, seeing the Church holding any property as scandalous. There were other, similar heretical Fraticelli sects that popped up in the 14th (that would be the 1300s, if you’re keeping score) and 15th centuries, mostly in Italy, that broke off from the main Franciscan order and sometimes set themselves against it.

William of Baskerville is a Franciscan but not a Fraticelli. He’s also a former Inquisitor, imprisoned and tortured after refusing to carry out fellow Inquisitor Bernard Gui’s (Everett) condemnation of a man for heresy.

He’s fictional, and so is Adso and the abbey, but Gui was real. The novel, the 1986 movie made of it (starring Sean Connery as William), and the new miniseries freely mix fact and fiction.

A series of gruesome murders of monks test William’s investigative skills, as he unwinds both the killings and the secrets of the abbey’s huge library.

(BTW, for those who think the Middle Ages was a lost era of ignorance and superstition, first, they’re wrong, and second, the modern world has monks, especially Irish monks, to thank for dedicating their lives to preserving many books, including the Greek pagan classics. You’re welcome.)

Is The Name of the Rose Anti-Catholic?

For sensible Catholics, the idea that remote monasteries contained a variety of people, some of them wicked, and others peculiar, including some with physical and emotional handicaps, should not come as a surprise. That clerics (or novices) stray from their vows of celibacy and chastity is also not news.

That some Inquisitors were men of justice but others may have been cruel, sadistic or corrupted should also not raise eyebrows.

But having people like these in the book has earned Eco’s novel the reputation of being anti-Catholic. I’ve always disagreed. Human weakness and depravity are there, but also nobility and faith. And, as I said, William and Adso remain men both of faith and reason, until the end.

I am a fan of the 1986 movie and enjoyed all eight episodes of the Sundance version — with two glaring exceptions.

In the interest of inclusion or diversity or whatever, this version has increased the role of an illiterate peasant girl that catches Adso’s interest, including making her literate.

And, the miniseries adds a female character with a sword, a Joan of Arc bob and revenge in her heart. As a woman, I continue to find this shoehorning of women into stories where they don’t naturally belong or originally belonged — or to alter the characters of real historical women into something they’re not, just to make a feminist point (looking at you, The Spanish Princess) — to be condescending and patronizing.

Other than this unwarranted alteration, this new The Name of the Rose is fairly faithful to the original. If you find it hard to follow, that’s because the novel is hard to follow (read here to learn the length some folks go to, to understand it).

The Very Catholic Both/And of the Middle Ages

The Middle Ages were a complicated time, both suffering terrible wars, persecution and disease, and also producing sublime works of art, architecture and literature. The Church both fought against heresy and protected the wisdom of pagan authors and promoted education. There were both great, serious saints like Thomas Aquinas, and gentle Francis of Assisi, who had the soul of a preacher and the heart of a singing troubadour.

If you can stand the contradictions — and like a murder mystery — The Name of the Rose may be for you.

The eight episodes air Thursdays at 10 p.m. ET/PT on Sundance T. It’s rated TV-MA-LSV (may be unsuitable for children under 17 with advisories for coarse language, sexual content and violence). 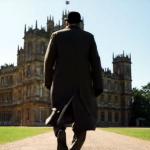 May 21, 2019
Readying for the Royals in the 'Downton Abbey' Movie Trailer
Next Post 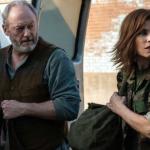