Ken Burns Uncovers the Catholic Roots of a Healthcare Giant in ‘The Mayo Clinic: Faith – Hope – Science’ — Now on Netflix

For centuries, and to this day, the Catholic Church has provided healthcare around the world, often for the most underserved and impoverished communities, and remains today the largest non-government provider of healthcare in the world.

The history of healthcare is intimately connected to the history of the Catholic Church. Throughout the centuries many saints, including Cosmas and Damian, John of God, and Camillus de Lellis, were known for their healing ministries. A number of religious communities, including that of Saint Camillus, were founded to provide medical attention to the sick and vulnerable. In the early ninth century, Charlemagne decreed that every monastery in the Frankish empire must also run a hospital. Here in the United States, the first Catholic hospital was Charity Hospital in New Orleans, founded in 1727. Saint Damien de Veuster and Saint Marianne Cope ministered to lepers on the island of Molokai in the late nineteenth century.

The Mayo Clinic: Faith – Hope – Science (which just scored a Gabriel Award from the Catholic Press Association and SIGNIS North America) goes into the history of one of the most innovative and acclaimed healthcare facilities on Earth, and finds, at its heart, a strong-willed Catholic woman.

When a deadly tornado tore through their small community in 1883, the Mayos took charge of recovery efforts, enlisting the help of the nearby Sisters of Saint Francis to care for patients. Afterwards, Mother Alfred Moes, the leader of the convent, told Dr. Mayo she had a vision from God that instructed her to build a hospital, with him as its director. She believed it would become “world renowned for its medical arts.”

Blending historical narrative with contemporary patient stories, THE MAYO CLINIC: FAITH – HOPE – SCIENCE is a timely look at how one institution has met the changing 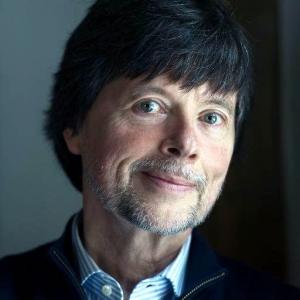 demands of healthcare for 150 years—and what that can teach us about facing the challenges of patient care today.

Born in Luxembourg, Mother Alfred Moes was the founder of the Sisters of St. Francis of Mary Immaculate, who eventually became a teaching order in the Midwest. They cared for orphans and educated girls from early childhood through their teens.

From her bio at the order’s site:

Our Lady of Lourdes Academy and several other schools under Mother Alfred’s direction were flourishing in Minnesota, when on August 21, 1883, a tornado ravished the area. Mother Alfred and her Sisters opened their schools to the victims. After this experience, Mother Alfred recognized the great need for a hospital. She petitioned Dr. Mayo to plan and staff a hospital at the expense of the Sisters. Within a few years, on September 30, 1889, Mother Alfred opened St. Mary Hospital, Rochester, Minnesota, which eventually became the renowned Mayo Clinic.

Although Mother Alfred died in St. Paul, Minnesota, on December 18, 1899, her ministry, as that of St. Francis of Assisi, “to rebuild the church” continues to this day by the Congregations known as “Al’s gals.”

It’s clear from Burns’ documentary that St. Mary’s, and the eventual Mayo Clinic, would not have been possible without the physical and fundraising efforts of the sisters, who transformed themselves in many cases from teachers into nurses.

The sisters remain involved with the world-renowned clinic to this day, which maintains a St. Mary’s Campus as part of the overall Mayo Clinic property.

Burns’ documentary not only highlights the Church’s historical involvement with healthcare but shows how the involvement of a higher purpose and a higher calling can elevate science.

Said Burns; “The history of healthcare is a larger reflection of who we are as a nation. It includes advances in science and technology, but also touches on more universal themes of love and compassion. This is an extraordinary story that places our fundamental need to care for each other within the larger framework of America’s healthcare system and modern medicine.”

As a side note, although it’s not touted heavily in the movie Breakthrough, the apparently miraculous recovery of a teen boy in St. Louis who drowned in icy waters took place at two different Catholic hospitals: SSM Health St. Joseph and SSM Health Cardinal Glennon Children’s Hospital, which has a whole webpage devoted to the story here.)

While Catholic hospitals come under increasing pressure from secular authorities determined to force them to provide procedures that violate the Church’s view of human dignity, Catholic hospitals and clinics continue their work of caring for God’s children — and everyone who visits the Mayo Clinic can say thanks to the Franciscan sisters who made it possible. 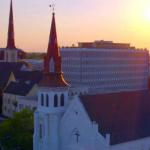 June 15, 2019
'Emanuel': Steph Curry, Viola Davis and Mariska Hargitay's Doc Shows the Power of Forgiveness in the Face of Hate
Next Post 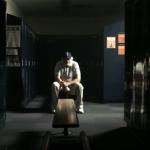 June 25, 2019 'The Last Whistle': Young Catholic Filmmaker's Football Movie Tackles Tough Topic
Recent Comments
0 | Leave a Comment
"A sequel to the Passions of Christ .... lord love a duck"
ILR ‘Father Stu’: Two Who Knew Real ..."
"I wonder if the movie will end up like Metin Scorsese’s “Silence” - too grim ..."
Chris ‘Father Stu’: Two Who Knew Real ..."
"I enjoy Raymond Arroyo's segments on The Ingraham Angle on Fox and am happy to ..."
Jennifer Klessens Raymond Arroyo Just Wants to Tell ..."
"In the special, she mentioned that she used to live across the street from O'Connor, ..."
Kate O'Hare PBS’ ‘American Masters’ Examines the Sacramental ..."
Browse Our Archives
get the latest from
Kate O'Hare's Pax Culturati
Sign up for our newsletter
POPULAR AT PATHEOS Catholic
1