HBO likes Danny McBride. After all, it’s done two previous series with him: Eastbound and Down and The Vice-Principals. Both garnered love from critics. So, it’s not surprising the cabler has gone for a McBride three-peat with The Righteous Gemstones, even if it is pretty low-hanging fruit.

They get around on three private planes called the Father, Son and Holy Spirit, and live in assorted McMansions in the Gemstone family compound.

Jesse appears to have a picture-perfect marriage, but he’s also a philanderer, and that gets him into some serious trouble with blackmailers. Jesse gives back as good as he gets, including attempted murder. Up to his neck in all of this is his wayward oldest son (Skyler Gisondo), who returns to the family after a stint as a Hollywood stuntman with payback on his mind.

Doctrinally, the show is a mess. In the opening sequence, the Gemstone brothers baptize people in a wave pool, only using the name of Jesus rather than that of the Trinity. This is most commonly the practice of Oneness Pentecostals and others like them, but in a subsequent scene, Kelvin is wearing a rosary.

At the recent TV Critics Association Press Tour, I asked McBride about this, and he said:

They probably lean more to prosperity gospel. But talking about some of these megachurches, they just try to appeal to as many people as they can, going so far in some instances that they even take down images of the Cross or things that might turn people off. So, I think The Gemstones are the epitome of that. They’re trying to basically water everything down to not offend anyone and just to get as many people bringing money into the church as they can.

Well, OK, but pairing a non-Trinitarian baptism with a rosary seems calculated not to please anybody. I then asked about choosing to tell a story about televangelists wallowing in excess — yeah, that’s never been done before — and McBride said:

The goal of it is not to be like a takedown of anything, you know? I guess I disagree with you in the fact that I haven’t seen that done a ton of times.

I do feel like when Hollywood decides to take on religion, I think they make the deathly mistake of like lampooning people for their beliefs, which is not something I’m really interested in doing. I don’t know enough about what I believe in order to go and pass judgment on other people.

So, for us, it’s about, lampooning a hypocrite, lampooning somebody who presents themselves one way and does not act that way underneath. I don’t think that’s something that is just relevant to the world of religion and televangelism.

It’s something that’s relevant in just the world we live in, that you’re constantly being exposed to people who present themselves one way on social media but act another way in-person. Hypocrisy is everywhere, and that’s ultimately, I think, what this story is about, about what happens when you don’t practice what you preach.

But, McBride did choose Christianity to tell a story about hypocrisy. So, I asked him if, next time, he might go after environmentalists with private planes. There was a general chuckle from the assembled cast, and McBride said, “We can. That’s a great idea.”

I’m not holding my breath on that one.

I was happy to see, in a later episode, the appearance of McBride’s Vice-Principals co-star, Walton Goggins. I’ve known him for years, from set visits to The Shield and Justified, and he’s always worth watching. But there was a scene where he stood up from a bathtub, and I suddenly thought I was seeing more of Goggins than I ever expected. But, he confirmed in a text that the body part in question was not his. That’s a relief (but it still means the show has full-frontal male nudity, among other things).

Anyway, I didn’t find the six episodes I watched of The Righteous Gemstones (there are nine in the first season) to be appealing or particularly funny. With few exceptions, the characters are extremely unpleasant people. In a way, they’re proof of Jesus’ contention that it’s easier to pass a camel through the eye of a needle than it is for a rich person to get to Heaven.

In saying this at Press Tour, McBride has a point:

The Gemstones have gotten exactly what they’ve always wanted in life, and we wanted to show [how] … corrosive and damaged you could still be, getting everything you want.

McBride says he grew up Baptist, that his mother did puppet ministry, and that a lot of his family is still very involved with the faith, including an aunt in Atlanta who’s a minister.

So when I say that we’re not taking aim at people’s faith, I’m being honest.  I’m not just saying it to try to shy away from controversy. It wasn’t a goal of mine. I wanted to make something that my aunt, who’s a minister, could watch and find the humor in as well. I don’t think she’ll appreciate the language or the drug use, but, ultimately, I’m not taking a swipe at her or what she believes in.

I’m setting a story in a world that she is familiar with, and ultimately it’s a story about a family, and about a family who has grown very, very successful and have lost their way along the way, and I think that that’s relatable.  I think she would relate to it.

But still, The Righteous Gemstones is about hypocrites who are bilking fellow believers (the Gemstones are hypocrites but apparently not atheists) in the name of Christ and engaging in immoral and seriously criminal behavior — all in what’s supposed to be a comedy.

There is one moment when Kelvin actually helps a girl who’s going down the wrong path. Intentional or not (I lean towards … not), it’s a tacit acknowledgement that Christ can work through even the most broken or hapless people (including TV writers).

While I have no inherent issue with criticizing the misuse of religion, believe it or not, there are other venues in the world to tackle hypocrisy. As I mentioned before, how about a show about a globetrotting global-warming activist burning up fossil fuels by the ton in a private jet, living in a huge mansion, collecting millions from wide-eyed followers, justifying a life of wretched excess in the name of saving the Earth?

But, as I said, not holding my breath. 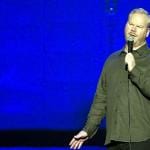 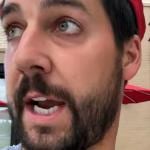 August 20, 2019 Christian Comic John Crist and Chick-Fil-A: A Match Made in Heaven
Recent Comments
0 | Leave a Comment
Browse Our Archives
get the latest from
Kate O'Hare's Pax Culturati
Sign up for our newsletter
POPULAR AT PATHEOS Catholic
1