In mid-September, I went to a talk by Malcolm Gladwell, about his new book, Talking to Strangers, and my question was one of those chosen for the concluding Q&A. I got an answer I didn’t expect — one that defended the Catholic Church.

Who Is Malcolm Gladwell?

For the uninitiated, Gladwell, 56, was born in England to a Jamaican psychotherapist and a British mathematics professor. But when he was six, his family moved to Ontario, Canada, where he was raised.

Without quite the grades for a career in academia, Gladwell eventually segued into writing. As a staff writer at the New Yorker, and later as an author, Gladwell has become known for examining the intersection of psychology, personalities and society.

His topics have included talent (The Talent Myth), inflection points that drive change (The Tipping Point), intuition and unconscious judgments (Blink), the relationship between success and work (Outliers), underdogs (David and Goliath), and, in his most recent one, how we evaluate others (Talking to Strangers).

What is Gladwell’s Faith Background?

He was also raised in a Christian household, primarily a Mennonite community in Ontario. He drifted away from Christianity but later came back. In an interview with U.S. Catholic, he called Jesus “one of the most revolutionary figures in history.” He added that he experienced “a slow realization of something incredibly powerful and beautiful in the faith that I grew up with, that I was missing.”

In recent years, he’s become fascinated with Jesuits and the thinking of St. Ignatius of Loyola, founder of the Society of Jesus. He’s even done three episodes of his Revisionist History podcast on thinking like a Jesuit.

A Sept. 2019 story in Wired (released only days before I saw his talk) quotes him from one of the podcasts as saying, “Everyone in this episode is Catholic, except me. I’m a wannabe Catholic.” He’s even done an episode of Jesuitical, a podcast for young Catholics from America Media (click here for that).

Taking the Opportunity to Ask

On Sept. 17, Gladwell joined his friend, actress Brit Marling, for a wide-ranging conversation in Culver City, California. At the end, he took on the audience queries.

With everything I’d learned about Gladwell in mind, the question I had submitted was:

You’ve spoken about your Mennonite background and your return to Christian faith. You’ve also called yourself a “wannabe Catholic.” Where are you currently on your spiritual journey?

Here (with light editing for clarity) is what Gladwell said:

Trending Catholic. I did three episodes of my podcast on the Jesuits, and, in so doing, completely fell in love with all things Jesuitical. I went to Rome in the middle of it and hung out with Jesuit theologians and got tours of 15th-century churches in the heart of Rome.

That is a wonderful rabbit hole to descend into. It’s a lovely thing. You discover, when you do this, when you enter into another tradition, in hopes of finding what is beautiful and meaningful in that tradition, you quickly discover how how illegitimate a lot of our … People have dismissed …

The Catholic Church is a vast institution with deep, deep roots, that has been consoling the afflicted in the world for a couple thousand years. Some corner of it is going through a rough spot right now, but that doesn’t render the rest of their mission illegitimate.

The second thing I would say, it’s not clear to me that the issues they’re going through right now are specific to Catholicism, or really, [is] it that they are the first major institution to honestly come to grips with this problem? Right?

What makes you think there aren’t a hundred other institutions that have problems just as serious, and they’re just covering up right now?

Every time you look around, another institution pops up with some kind of dark history, and maybe they’re the first to be honest about it. That is even more reason to be deeply suspicious of those who would like to dismiss the Catholic Church as somehow illegitimate or irrelevant.

Further regarding the Jesuits, he said:

I kind of fell in love with the Jesuits. St. Ignatius, the father of the Jesuit movement, had as one of his central notions the idea that your moral responsibility, when confronted with a difficult problem, is first to descend into the particulars. It is to discover what is unique and distinctive about the problem at hand.

In other words, don’t walk into a situation with a set of preconceived notions and apply them to the situation in front of you. Take the time to learn what is particular about that issue. That’s a lovely and … too-often-ignored principle.

It’s rare that anyone outside the Church steps up to defend her these days, so, thanks, Malcolm Gladwell, and I hope you find your way across the Tiber one of these days. You’ll be quite welcome. 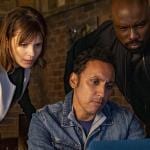 October 13, 2019
Demons Within and Without: 'Evil's' Creators Say Their 'Priest-in-Training' Has Decisions to Make
Next Post 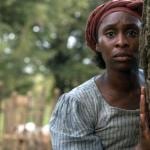 Catholic
Watching 'The Jesus Music' Is Like Being a...
Kate O'Hare's Pax Culturati
TRENDING AT PATHEOS Catholic