‘Fatima’ Finds the Reality Behind the Miracle

‘Fatima’ Finds the Reality Behind the Miracle August 27, 2020 Kate O'Hare

What Is Fatima About?

The apparitions of the Virgin Mary reported by three peasant children near Fatima, Portugal, between May and October 1917, have resonated throughout the Catholic world ever since. But they didn’t take place in a vacuum.

Europe was deep in the midst of World War I, taking heavy casualties, and the U.S. had just declared war on Germany in April. An anti-clerical, secularist regime ruled Portugal, and some expressions of Catholic faith were discouraged or suppressed.

When Lucia, an uneducated, 10-year-old shepherd girl, and her cousins Francisco and Jacinta, ages 9 and 7, respectively, claimed to experience and communicate with the Virgin Mary, it set off strong reactions among local residents, clerics and government officials.

How Does Fatima Portray the Apparitions?

Fatima uses an envelope structure, with a skeptical academic (Harvey Keitel) quizzing the now-adult Sister Lucia (Sonia Braga) during a visit at a Carmelite convent in 1989.

In Lucia’s remembrances, the story starts before the apparition of Mary, when the children first reported seeing the Angel of Peace, the guardian angel of Portugal. Although the children said the angel appeared to be a beautiful young man of about 15, transparent like crystal, the filmmakers depict the angel as a mature, dark-haired woman.

(Obviously, angels don’t actually have an age or a gender, but I’m not sure why the children’s account of the angel’s appearance was discounted so completely.)

In the movie, the angel appears only to Lucia and shows her a vision of her soldier brother (Joao Arrais) being caught in an explosion.

Later (the next year in real life, but the time seems much shorter in the movie), the children report seeing Our Lady of the Rosary (Joana Ribeiro), a beautiful young woman in white who urges them to prayer and penance to bring peace. She also says to return to the spot on the same day for six successive months.

As the news spreads, trouble comes for Lucia’s devout, educated mother (Lucia Moniz), both from the understanding but skeptical local priest (Joaquim de Almeida, who recently played a priest in Warrior Nun, the star of which, Alba Baptista, has a small role in Fatima) and the anti-religious local mayor (Goran Visnjic).

The story comes to a climax at the Miracle of the Sun, witnessed by thousands of people, believers and skeptics alike, and which had a lasting effect on Portuguese society.

It was also photographed:

Who Made ‘Fatima,’ And Is It Any Good?

Filmed entirely in Portugal, it captures the look of the time without feeling self-consciously “period.” The children’s reactions are believable, and the other characters are more well-rounded than in more reverent earlier productions.

While it may or may not convince skeptics that the apparitions were real, there’s enough about the Fatima story — especially now-Saint Lucia’s steadfastness until her death in 2005 at the age of 97, and the many witnesses to the Miracle of the Sun — that it offers much food for thought.

So, the film isn’t just about the three children, it’s about how their experience changed them, their families and hometown, and, more than 100 years later, the larger world.

Who Will See Fatima?

It’s a tough sell when making a mainstream film about a purely Catholic subject, and almost all of Fatima‘s marketing has been aimed at the Catholic audience. It’s unlikely that the film will reach much beyond believers, but you never know.

I saw it, along with what seemed like most of the people I know in Catholic Hollywood, at a drive-in premiere in a parking lot on Sunset Boulevard in the heart of Hollywood. Interestingly, the feed to the car speakers didn’t quite work, so we all rolled down our windows and listened to the main speakers — meaning the whole film was broadcast to the entire neighborhood.

We were told that the problem with the car radios was interference from the surrounding buildings, but as with the Fatima apparitions themselves, we leave any other interpretations to your discretion.

Go to FatimatheMovie.com for info both on in-person tickets and watching via VOD (Video On Demand). 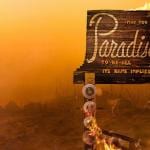 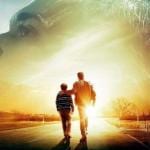 September 3, 2020 UPtv to Air 'I Can Only Imagine' on Labor Day Weekend
Recent Comments
0 | Leave a Comment
Browse Our Archives
get the latest from
Kate O'Hare's Pax Culturati
Sign up for our newsletter
POPULAR AT PATHEOS Catholic
1