In Discovery’s ‘Undercover Billionaire,’ Monique Idlett-Mosley Was Living on a Prayer

For many generations of new arrivals, whether they came from another country or just another part of this country, churches were one of the main ways they were welcomed into an area.  For one of the participants on Discovery’s Undercover Billionaire, launching a new season on Wednesday, Jan. 6, a local Christian community was her first stop.

Monique Idlett-Mosley rose from the worlds of music, entertainment and marketing to become founder and CEO of Reign Ventures, a tech fund empowering young entrepreneurs. Based in Miami, the mother of two grew up as the daughter of a nondenominational pastor. So, Idlett-Mosley knows firsthand about the power, connectedness and compassion of local churches.

The challenge posed to Idlett-Mosley and her fellow participants — entrepreneur and real-estate investor Grant Cardone, and real-estate developer and interior designer Elaine Culotti — is to land in an unknown city under a pseudonym, with only a vehicle and $100, and create a business worth $1M in 90 days.

“My mom’s a pastor, and I know what she does every day. I know her phone is constantly ringing. I also know that she does it with pride. So, my hope was that I would be able to reach a church that would take pride in helping me.” — Monique Idlett-Mosley

Filmed during the earlier days of the COVID-19 pandemic, Undercover Billionaire dropped Idlett-Mosley in Tacoma, Washington, a diverse city just pulling itself out of a long decline. She found her way to Shiloh Baptist Church, where pastor Gregory Christopher threw the apparently homeless woman her first lifeline — the means to temporarily put a roof over her head.

“I grew up understanding that community is all you have,” says Idlett-Mosley in a phone interview. “So, for me, before I resorted to sleeping in my car, I wanted to show women in particular to use our voice, and it’s OK. It’s OK to tell people you need some support.

“It’s important that we get back to that community concept of not feeling like we’re less than, if we need some support or some help.

“My mom’s a pastor, and I know what she does every day. I know her phone is constantly ringing. I also know that she does it with pride. So, my hope was that I would be able to reach a church that would take pride in helping me.”

One of Christianity’s major tenets is to care for the less fortunate, and it’s something Christians have been doing for millennia.

“Local churches,” says Idlett-Mosley, “have not gotten enough recognition for what they do every day in the community. People have fallen in love with the celebrity side of the church, not understanding that churches are here for the community. They’re here to support; they’re here to help. And I was so thankful.”

Asked what possessed her in the first place to go on a reality show, especially in the middle of a pandemic, Idlett-Mosley laughs.

“Oh, my goodness,” she says. “What possessed me? I have no idea what gave me the audacity. Because that’s what it was, the audacity to go on national TV and be filmed with this very insane challenge. But, it was the best thing I could have ever done. To be able to go into a new community and create with the community was such an amazing blessing.

“I wanted to be able to, even if it’s just for one person, to give some insight on what may seem impossible, just conquering the mindset and trying to finish, if for no other reason than to show people to never give up.”

The people she met in Tacoma didn’t give up on the newcomer — they actually did the opposite.

“The fact that they jumped on board,” says Idlett-Mosley, “no questions asked … It was so funny, because, at my reveal, people were like, ‘Wait a second, we didn’t ask you really what your background was. We didn’t. I can’t believe I didn’t ask this.’

“That’s what’s so beautiful about this. Because, to me, it’s a true experiment of humanity and our ability to push ourselves past normal expectations. Then, in return, it’s also showcasing, when we push ourselves individually, how much the community will actually step up and answer that call.”

Islett-Mosley also asked for help from above, in the form of prayer.

“Every single day,” she says. “In fact, on some of my most difficult moments, I would step away and call my mom, and just like, ‘I need some prayer. I need to reset.’ So, I don’t believe at any other time in my journey that I would have been spiritually peaceful enough to go through this.

“So, my faith is what I tried to lean on these 90 days, and I take a lot of pride in that. I’m so grateful that there were great examples of faith-based partners on that journey with me, because that is so important.”

“We have to be flexible instead of being stuck on only one idea of who we can be in this life.” — Monique Idlett-Mosley

Idlett-Mosley also wants people to know that there is always hope for change.

“It’s a mindset to me,” she says. “that we know these horrific things are happening, [but] I try to find the good in things, the opportunity in things. OK, if this is shutting down, what can maybe be birthed out of this particular business model?

“You have to pivot. We have to be flexible instead of being stuck on only one idea of who we can be in this life. I want people to be encouraged on the idea that, as long as we have breath in our body, there is possibility.

“You have to make the decision that nothing is going to make you give up, even the failures that turn into lessons.”

Undercover Billionaire returns on Wednesday, Jan. 6, at 8 p.m. ET/PT. It’s followed at 10 p.m. ET/PT by Undercover Billionaire: Comeback City, in which season-one participant Glenn Stearns returns to Erie, Pennsylvania, where he built his business, Underdog BBQ, in 90 days. Now, he’s on a mission to rescue small businesses on the brink of going bust. 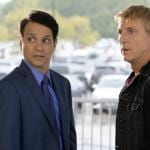 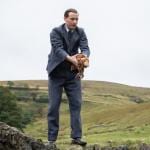 January 9, 2021 Charming, Family-Friendly 'All Creatures Great and Small' Comes to PBS' 'Masterpiece'
Recent Comments
0 | Leave a Comment
"Simply being subject to scrutiny for many Christian sects is "unfair". They're ignoring that THEY ..."
Michel Hulu’s ‘Under the Banner of Heaven’ ..."
"I think some people’s opinion about this movie will reflect their opinions of Mark Wahlberg ..."
Chris ‘Father Stu’: What Makes a Catholic ..."
"I too was not enamored of Bertha's ball gown, it wasn't particularly flattering, and that ..."
KMC HBO’s ‘The Gilded Age’: Oh, the ..."
"chaturbate Chaturbatechatrubatr Chatrubatrchaturbatew chaturbatewchatrubatw chatrubatwchatubate chatubate"
chaturbate ‘The Chosen’s’ Angel Studios Attracts Investment ..."
Browse Our Archives
Related posts from Kate O'Hare's Pax Culturati 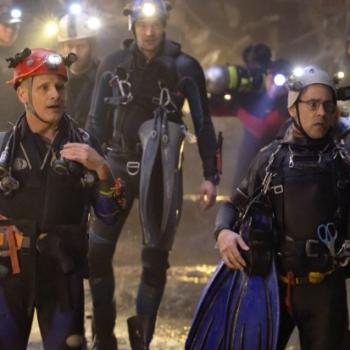 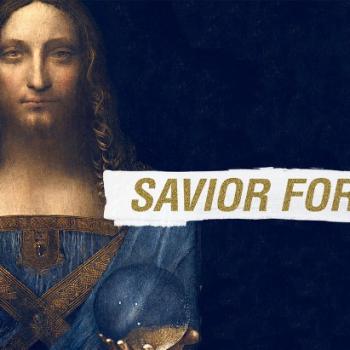 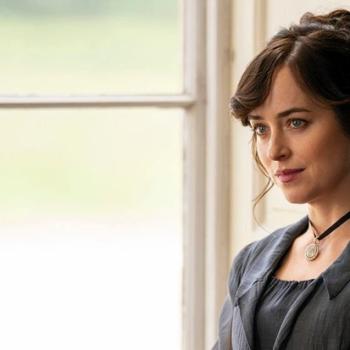 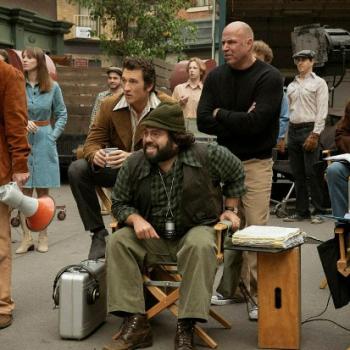