All biopics are just scenes from a life, but in the case of 2021’s two Aretha Franklin portrayals, the TV one is more prose, and the feature-film one is more poetry. Which you prefer depends on what you’re looking for in a biopic.

Both, though, don’t skimp on the power of faith in the life of the Queen of Soul.

Genus: Aretha, an eight-episode limited series, premiered on Nat Geo Channel on March 21, starring British actress Cynthia Erivo (Harriet). It followed Franklin (1942-2018) from childhood to late in life, ending with real-life footage of her performance of Nessun Dorma at the 1998 Grammy Awards. (I wrote about Genius: Aretha here.)

It’s a systematic outline of Franklin’s complicated life, from her childhood performances on the gospel-music circuit, the absence of her mother, her teen pregnancies (she had out-of-wedlock sons at the ages of 12 and 14), her loving but combative relationship with her powerful and promiscuous preacher father, C.L. Franklin, her abusive first marriage, and her professional ups and downs.

In its two hours and 25 minutes, MGM’s Respect, starring Jennifer Hudson and directed by Liesl Tommy, which hits theaters on Friday, Aug 13, is unable to achieve anything like that level of detail. It closes with the recording of Amazing Grace, Franklin’s hit 1972 gospel album and documentary (more on that here).

Along the way, Respect (which takes its name from Franklin’s 1967 hit) covers much of the same ground as Genius: Aretha, but only in evocative touches. Her childhood pregnancies are acknowledged but kept rather vague (they’re vague enough in real life, but the first is the only one shown, and that, in just a fleeting flashback moment). Because the film closes in 1972, Franklin’s second marriage, to actor Glynn Turman in 1978, is omitted entirely.

These two productions moved forward independently, but it might have served Respect better in comparison if it had not attempted a chronological review of Franklin’s life but instead picked an illustrative moment in it and moved back and forth with flashbacks. That being said, the lushly produced film has a lot going for it.

Franklin Tapped Hudson to Play Her

While star Jennifer Hudson — reportedly Franklin’s handpicked choice to play her — doesn’t quite have the acting skills of Erivo, whose nervy performance gives Franklin a snap and crackle, she’s more than got the vocal chops to pull it off. Her Miss Franklin is softer and less edgy offstage and out of the studio, but when Hudson opens up to sing, she does the Queen justice.

Although Franklin’s life, especially her love life, was unconventional in many ways, particularly for a “church girl” (but her pastor father wasn’t a great chastity role model), she did take faith in Christ seriously. Perhaps Hudson’s best moment is when Franklin, whose high-pressure career and failing marriage have driven her to drink, falls back on the Our Father in a moment of despair.

One ad for Respect, which has run heavily here on Patheos (it may be in the middle of this story right now), shows her in a lace mantilla. There is indeed a real picture of Franklin in a similar outfit, but it doesn’t appear in the film. The only Catholic reference is when Franklin turns down a performance for Catholic Charities, because, “I’m a Baptist.”

Forest Whitaker does his usual solid job as C.L. Franklin; Mary J. Blige delivers snappy cameos as jazz/blues/R&B icon Dinah Washington (who followed Franklin into the Rock ‘n Roll Hall of Fame); and Skye Dakota Turner acts and sings with poise as the young Aretha, or “Re.”

But, this is Hudson’s movie, and it all rests on her. She carries it, but she never quite transcends it.

I Admit to Loving the Long-Form

Personally, I have to side with Genius: Aretha. Franklin’s story isn’t the classic rags to riches, as she was born into a prosperous family. It was about Franklin overcoming her personal issues to find her own style and blaze her own trail in the brutally hard recording industry, then negotiating the many pitfalls of fame that came afterward.

She also evolved as the country did, becoming a voice for change and justice during the Civil Rights Movement. It took the full eight episodes to lay all that out and more.

Respect skips like a rock over water, hitting the moments but never diving deep. However, for those who perhaps don’t know Franklin’s story at all or want to spend an afternoon or evening basking in the glory of her talent on the big screen, Respect may be just the thing to chase away the pandemic blues.

It got me out to my first in-theater screening in a year and a half, so there’s that. 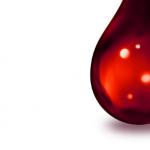 Review of 2021 Remix of The...
Biblical Evidence for Catholicism
Related posts from Kate O'Hare's Pax Culturati

Catholic
Now in Theaters, 'Christmas With The Chosen: The...
Kate O'Hare's Pax Culturati