Netflix’s ‘Midnight Mass’: Some Things I Liked, Some I Didn’t

If you haven’t seen Netflix’s limited series Midnight Mass, go away now, watch it to the end and come back. The rest of you, grab a pew. There might be preaching.

(Needless to say, but I’m going to say it anyway, this is NOT family-friendly fare.)

What Is Midnight Mass About?

I’m not going to lay out the whole plot for you — the thing is seven hours long. But, as background, it’s about a dwindling island fishing community that centers in large part on a small Catholic church, St. Patrick’s.

An apparently new priest arrives, he says, to replace the old pastor, who took ill while on a pilgrimage in the Middle East. The new guy (Hamish Linklater) is all fired up and gets the congregation fired up. Before long, hey, he’s doing miracles!

The townspeople are a mix of sincere believers (including a Muslim sheriff), kinda believers, nonbelievers, and people where we’re not too sure about what they believe. But once the miracles start happening, people start flocking in.

As we eventually discover, the new priest is actually the old priest, who encountered a winged beast that he calls an angel — which is obviously either a demon, a vampire or a vampire/demon — while wandering in the desert in the Holy Land. In the old priest’s addled mind, he thinks it’s an angel. It’s not, but it does give him a whole new lease on life.

Unfortunately, that “life” requires you to become a vampire and suck people’s blood. The priest, though, is deluded. He has talked himself into believing that the vampire is an angel, that this is all God’s will, and this is a way to eliminate death and live forever, blah-blah-blah, and he wants everybody to get in on the party.

Helping him is the lay parish adminstrator from Hell, a woman named Bev. She spouts Scripture constantly, slices people up with a fake smile, and is generally a miserable and unpleasant person (and probably killed a dog).

At length, the priest realizes he was wrong. Brave townspeople fight back against the vampires, and the true believers among the new vampires realize that they’re now a danger to humanity. Singing a hymn, they allow the sun to burn them up at sunrise on Easter.

So, What I Liked:

Series creator Mike Flanagan is a lapsed Catholic and former altar server, and he does get the details of the Catholic Mass correct.

Until the priest gets into the wacky, let’s-all-be-vampires stuff, a lot of what he says is good and would be inspiring, if he wasn’t backed up by a vampire/demon.

There is one description of Heaven from a woman who’s lost her unborn child that is lovely, kinda theologically correct, and rather pro-life.

The ending is not bad, especially the hymn-singing at Easter dawn. By allowing themselves to finally truly die, these vampires regain their humanity and may be saving their eternal souls (although I’m not sure the writer thinks they have them).

Midnight Mass is well-produced and atmospheric, sufficiently gory for the subject matter but not over the top.

As I said, the writer is a lapsed Catholic who, from what I’ve read in his interviews, seems to have fallen into the New Atheism/New Age/scientism thing. You know, our atoms were forged in the hearts of stars, we’re all energy, all religions are just man’s feeble attempt to explain the universe, and so on.

As a former lapsed Catholic, I have no face to judge anybody’s journey, and I also loved the whole Carl Sagan, we-are star-stuff thing. But, that doesn’t actually contradict Catholic belief — especially properly formed belief.

On a material level, yeah, our atoms were indeed forged in the hearts of stars, and our physical bodies are part of the great web of life on Earth. When we die, our neurons fire, causing things to happen in our brains, etc.

Sadly, the last speech from the woman who describes Heaven is a pile of scientism/New Age-y stuff about our energy being one with the Universe. It looks to be written to contradict her earlier notion of Heaven — and that’s a shame.

Also, the show takes up the eternal questions of evil, death and suffering, as if dealing with these was something new. It’s not. These are the toughest questions, and Catholics have been wrestling with them for two millennia. These questions don’t have easy answers, but some of the greatest Catholic thinkers have addressed them.

For example, click here for a recent examination from Dr. Peter Kreeft.

Or, one could also listen to Bishop Barron on what God really is and isn’t. Like here:

None of these Catholic thinkers is quoted or referenced in the show, and I’m not sure if they were part of the writer’s research. If not, including them could have been very helpful.

This next thing is not the writer’s fault, but one review I read from a secular source held up Bev as an example of how religion makes you a nasty, judgmental person. When I read stuff like this, I wonder if the person realizes that Bev represents a universal human type.

There are self-righteous, selfish, arrogant petty tyrants like Bev in every religion, every book club, every PTA, government agency, historical society, political party, HOA, workplace, university faculty lounge, commune — pretty much anywhere there are people. Bevs are not a religious phenomenon; they are a human phenomenon.

Also, the ability to quote Scripture doesn’t guarantee that you have true faith or even understand what that is. It just means you’re a good memorizer.

I am quite sure there are many saints in Heaven who couldn’t pull a Bible verse out of their hat for every situation. Of course, the original ones predate the written Bible, so there’s that.

And, of course, the priest had to have broken his vows and had an affair with a local married woman. Sigh. Sure, there are priests who break their vows, in ways both mundane and horrific. We all know that. Frankly, I think the ones who keep them are far more interesting.

Either It’s a Demon-Haunted World or Not

In terms of the supernatural, the writer also tries to have it both ways. On the one hand, he’s got characters promoting a non-theistic view of the universe grounded in rationality and science. On the other hand, he’s got a supernatural winged vampire/demon thing. There’s a half-hearted attempt to give a scientific explanation for vampirism, but it’s pretty weaksauce.

Oh, and it was really irritating that the show’s subtitles labeled the thing as an angel.

It’s not an angel. Angels don’t suck your blood.

Why Midnight Mass Can’t Hold a Candle to The Exorcist

There’s a reason why The Exorcist stands as the pinnacle example of Catholic horror — the genre that includes Midnight Mass. The Exorcist novelist and screenwriter William Peter Blatty was a devout Catholic. He knew that faith and prayer — and ultimately the grace of God — are our greatest weapons against both supernatural evil and the evil in our own hearts.

That underlying belief permeates the novel and the script, creating the great arc of the doubting priest and adding to the power of his ultimate sacrifice. It’s what gives the story its resonance.

If Midnight Mass had a commitment to faith at its core, the basic story could truly have been something special.

As an example of its genre, Midnight Mass is just OK. But if you’re looking for something to bolster your faith, this wouldn’t be it.

This just reinforces to me that faithful Catholics need to be writing, producing and/or directing quality mainstream films and TV, especially anything that touches on the Faith. If we’re not doing it, we’re allowing others to tell our story — usually inadequately, badly or negatively.

And I don’t mean only Biblical tales or stories of saints, priests and nuns.

True Catholic storytellers d0n’t just seek God in the Bible or a church, where He’s easier to find; they seek Him in the world, where He’s harder to find.

Don’t miss a thing: Subscribe to see all I write at Authory.com/KateOHare 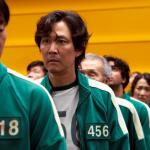 October 28, 2021 On Halloween, BYUtv's 'The Canterville Ghost' Is a 'Ted Lasso' Reunion
Recent Comments
0 | Leave a Comment
Browse Our Archives
get the latest updates from
Kate O'Hare's Pax Culturati
and the Patheos
Catholic
Channel
POPULAR AT PATHEOS Catholic
1