Recently, she got a call.

The result is Sister Boniface Mysteries, premiering February 8 on streamer BritBox (which also carries Father Brown). Over 10 episodes, Watson reprises her role as the crime-investigating nun (or, religious sister, if you want to get technical about it, since she’s not cloistered).

After the surprise call, Watson then had a meeting with Catholic Father Brown writer Jude Tindall (who created BYUtv’s recent adaptation of Oscar Wilde’s The Canterville Ghost) and producer Will Trotter (who worked with Tindall on Canterville and Father Brown).

“The star of the [episode], we thought, was Lorna,” says Trotter. “She completely took the show, because she was so interesting. Her performance was so fascinating and just jumped off the screen. She became a social-media monster. Everyone wanted her back.

“So, we said, ‘We should get her back in the show,’ but we didn’t know how, because the convent is quite specific, and the too-much-cleric-y-ness might have rubbed up with Father Brown.”

The idea got shelved, with Trotter and his fellow producers figuring out they’d pick it up again when Father Brown star Mark Williams moved on, maybe after three seasons.

“Two hundred episodes later,” quips Trotter. “A couple of years back, I was talking to the BritBox guys. They got Father Brown on BritBox. They said, ‘Look, straight out, we’d like to do Sister Boniface, the spin-off. She’s one of our favorite characters and the fans’ favorite characters.’ They thought it was a great idea.

“So, I actually had Jude writing it at the time. I was quite confident that it was going to be brilliant, because she’s such a brilliant writer. We asked Lorna, and she said, ‘Yeah.’ The rest is history.”

Set in the 1960s, about a decade after the time period of the Father Brown series, but still in Britain’s bucolic Cotswolds, Sister Boniface Mysteries has expanded the character. She’s now a former World War II codebreaker, who rejected an offer from MI5 to go into the convent. She brings a sharp mind and a knowledge of forensics (and permission from her order to work on crimes).

In her spare time, she also makes wine.

Unlike Father Brown, who uses his deep knowledge of the human heart and soul to get suspects to confess, Sister Boniface leans more into science. Despite their different approaches, Father Brown does make an appearance in a Sister Boniface Mysteries episode.

“Those two characters bonded on Father Brown,” says Watson. “There was a sparky relationship there where they appreciated each other, and she really looked up to Father Brown.

“For him to appear in her world 10 years later … the episode ends with them walking off down the streets in the Cotswolds, down a village lane.

“It’s nice for Father Brown fans to know that he’s in the area. He’s still there.”

Although anti-Catholic prejudice still lingers in some corners of British society, that hasn’t stopped Father Brown from being a huge hit there (it airs on PBS in the U.S.). Trotter doesn’t think faith will be an issue here, either.

“We don’t sell the religion,” he says. “That’s just part of the tapestry. It’s all about the crime-solving, the forensics, the characters, the humor, the warmth, the Cotswolds, all those kinds of things.”

Speaking of the warmth and the Cotswolds, as any fan of Amazon Prime’s Clarkson’s Farm knows, the weather in this part of England can vary widely — from rainy and cold to dry and hot.

Sister Boniface Mysteries shot during summer, with Watson wearing a full nun’s habit, wimple and all — even when zooming around on her very slick red Vespa.

She recalls, “In the heat of the summer, not the easiest outfit. I had to wear ice packs, because it just got very hot. I also acquired a strange, rectangular tan line on my face, which was interesting — character building.”

Overall, though, she enjoyed the costume.

“It’s a very powerful costume to wear,” she says. “It affects your physicality immediately, the moment you put it on — the way you turn, the way you walk. There’s something about it. Also, minimal hair — no hair — and barely any makeup. Brilliant.

“Meanwhile, other characters are sitting in the chair for a good two hours.”

And, in this clip, Iwu (who plays a Bermudan on the show but is actually from Ireland, as you can tell by the accent), leads a tour of the set: 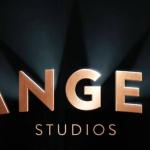 February 28, 2022 Disrupting the Hollywood Machine: 'The Chosen's' Angel Studios Attracts Investment to Bypass Big Showbiz
Recent Comments
0 | Leave a Comment
"Simply being subject to scrutiny for many Christian sects is "unfair". They're ignoring that THEY ..."
Michel Hulu’s ‘Under the Banner of Heaven’ ..."
"I think some people’s opinion about this movie will reflect their opinions of Mark Wahlberg ..."
Chris ‘Father Stu’: What Makes a Catholic ..."
"I too was not enamored of Bertha's ball gown, it wasn't particularly flattering, and that ..."
KMC HBO’s ‘The Gilded Age’: Oh, the ..."
"chaturbate Chaturbatechatrubatr Chatrubatrchaturbatew chaturbatewchatrubatw chatrubatwchatubate chatubate"
chaturbate ‘The Chosen’s’ Angel Studios Attracts Investment ..."
Browse Our Archives
Related posts from Kate O'Hare's Pax Culturati