Is a baby in the womb a human being, a person?

Of all the issues surrounding abortion, this question goes to the legal and moral heart of the matter. It’s also at the center of The Matter of Life, a documentary hitting theaters on Monday and Tuesday, May 16 and 17, as a Fathom Event.

The film couldn’t come out at a more appropriate time.

A Leaked Draft and the Earthquake It Caused

On May 2, Politico.com released an illegally leaked copy of a draft opinion written by Justice Samuel Alito, in the Supreme Court case of Dobbs v. Jackson Women’s Health Organization. Swiftly, the always simmering debate on the right of women to terminate pregnancies came to a boil.

According to those who’ve analyzed the draft, it essentially overturns the 1973 Roe v. Wade decision — which claimed there existed a right to abortion in the Constitution — and its related 1992 follow-up case, Casey v. Planned Parenthood. The result would be the return of the question of abortion rights and restrictions back to the states and to the political/legislative process.

But, a quick online search reveals wildly divergent reactions to the draft, ranging from exultation and cheers to shock and horror, depending on the source. Of course, it’s a draft, not the final opinion.

Ironically, the Court announced that the first of its decisions of this term would be released Monday, May 16 — the same day as The Matter of Life hits theaters — but there’s no assurance that Dobbs will be among them.

UPDATE 5/16: Dobbs was not among the decisions that the Court announced today, instead ruling on cases involving campaign finance and immigration. Click here to keep up on the latest rulings.

But the Core Question Remains

Either way, whether Roe stays in place (and there are arguments that, regardless of your stance on abortion, it simply stands on shaky legal grounds) or the issue goes back to the states and voters, the core question remains the same: Is an unborn baby legally a human being?

It’s a question with earth-shaking implications. As Harvard Law Professor Jeannie Suk Gerson (who clerked for Supreme Court Justice David H. Souter) wrote, in a 2019 piece for The New Yorker:

When Republican lawmakers consider the fact of rape or incest irrelevant to a decision to terminate a pregnancy, and when [Justice Clarence] Thomas invokes the spectre of discrimination against a fetus, they are making the same point—that every “unborn child” is entitled to the same dignity as you or me. And, if fetuses are thought to have basic rights as persons do, then a future ruling might reach beyond overturning Roe. It might hold that it is unconstitutional for any state to allow abortions at all. This position—the constitutionalization of abortion abolition—would go far beyond what either liberals and conservatives have imagined possible, but it is where the ambitions of fetal personhood now entering the legal mainstream are headed.

What Does The Matter of Life Have to Say?

The Matter of Life is not a neutral documentary — it’s adamantly pro-life — but it does take pains to lay out a careful case on several fronts. It covers scientific, philosophical, historical and cultural issues surrounding abortion. It also talks about adoption and outlines the many resources now available to women with crisis pregnancies.

It’s doubtful that many who support abortion rights will see it, but that’s probably not its intent. More likely, its chief effect will be to provide information and arguments to pro-life supporters, to counter what they’re hearing from the other side.

Also, while most of the people featured in the film are Christians, not all are. It also includes non-religious people, especially those who came to a conclusion on the core question, as stated in the documentary by Christian speaker and author Alan Shlemon of Stand to Reason:

For tickets and to see if The Matter of Life is screening in your area, click here. 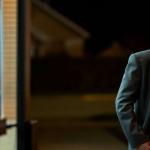 May 9, 2022
Hulu's 'Under the Banner of Heaven' Dives Into LDS Crime and History, But Is It Being Fair?
Next Post

May 20, 2022 Father Stephen Gadberry and 'The Making of a Catholic Priest'
Recent Comments
0 | Leave a Comment
"Simply being subject to scrutiny for many Christian sects is "unfair". They're ignoring that THEY ..."
Michel Hulu’s ‘Under the Banner of Heaven’ ..."
"I think some people’s opinion about this movie will reflect their opinions of Mark Wahlberg ..."
Chris ‘Father Stu’: What Makes a Catholic ..."
"I too was not enamored of Bertha's ball gown, it wasn't particularly flattering, and that ..."
KMC HBO’s ‘The Gilded Age’: Oh, the ..."
"chaturbate Chaturbatechatrubatr Chatrubatrchaturbatew chaturbatewchatrubatw chatrubatwchatubate chatubate"
chaturbate ‘The Chosen’s’ Angel Studios Attracts Investment ..."
Browse Our Archives
Related posts from Kate O'Hare's Pax Culturati