Many Christian films have hit theaters as Fathom Events, but until now, the specifically Catholic content has been limited to documentaries. That changes on Aug. 22 & 23 with the premiere of the Spanish-made scripted feature film Slaves and Kings.

The first showing has the film dubbed in English; the second is in the original Spanish.

How Can You See Slaves and Kings?

Tickets are on sale now (click here) for the film, a biography of Saint Anthony Mary Claret (1807-1870). Declared a saint in 1950, Claret was the archbishop of Cuba and confessor to Spanish Queen Isabella II (not the Christopher Columbus Queen Isabella) and founder of the Missionary Sons of the Immaculate Heart of Mary, known as the Claretians.

The Claretians and Stellarum Films produced Slaves and Kings, directed by Pablo Moreno and starring Antonio Reyes in the title role. The distributor is Bosco Films, the same company that brought the Spanish documentary ALIVE: Who Is There? to theaters as a Fathom Event earlier this year.

“We’ve seen notable success with other Catholic-based content – which has so far been in documentary format,” said Ray Nutt, CEO of Fathom Events. “Distributing this full-length feature film about such a prominent figure in history and the life of Catholicism is a watershed moment for us and our ability to connect with Catholic audiences and beyond.”

Who Was Saint Anthony Mary Claret?

Born the son of a woolen manufacturer in Barcelona in 1807, Claret fought on behalf of enslaved persons and other victims of injustice and iniquity, causing his foes to rewrite his story and cast him in a bad light.

Spanish journalist, novelist, essayist and literary critic José Martínez Ruiz, known as Azorin, discovered three decades later that he had done an injustice to Claret in an earlier novel. So, he sets out to correct the record.

Played by Carlos Cañas, Azorin’s quest for the truth propels the story, as he uncovers Claret’s real life.

Talking to Director Pablo Moreno (With Some Help From a Claretian)

Recently, I sat down with Moreno and Father Byron Macias, a Claretian missionary who translated for him. So, Moreno’s words come through Father Macias.

“We started working and doing the research about Claret,” says Moreno, “and then we found out that the things that you’ll find online about Claret were inconsistent and actually were damaging his reputation.

“Upon Claret’s death, his enemies started taking whatever writings he had and just rewriting them. They also came up with this fake biography about him. So, the question that would emerge was, ‘Why would somebody take the time to write a false story and biography about the person? What was the thing that would lead them to do that?’

“The answer is basically in who Claret was and what he did in life. [He challenged] the status quo when it came down to injustice and the different powers that were leading the world and society.”

A chunk of Slaves and Kings has to do with the Carlist Wars in Spain, which will be unfamiliar to many Americans and, apparently, to some Spaniards as well.

This series of 19th-Century conflicts featured contenders battling over claims to the throne. They take their name from the Carlists, supporters of Spanish prince Don Carlos.

“The 19th Century in Spain,” says Moreno, “it’s a century that we should forget. Politics, religion and just the whole society in general. But we made it through. It’ll be good to show it, so that we don’t do it again.”

Why Should North Americans Care About Slaves and Kings?

Asked why North Americans should be interested in Saint Anthony Mary Claret, Moreno says, “First of all, because I do believe he’s a universal saint. He wanted to have the intention to come to America, but he couldn’t.

“But there’s also this aspect of seeing how he responds to and reacts to the problems he had to face then, which actually are very similar to the problems we have nowadays.”

And while many youngsters today watch superhero stories, Moreno believes that Claret can also inspire.

He says, “The very fact that nowadays in the movie industry, we have a lot of movies about superheroes, like D.C., Marvel, it’s because we think we need those standards to hold onto. It’s part of our humanity.

“In this case, the saints of our Catholic Church can be those standards that we can look up to. And, as they say, even though we might be having a hard time now — well, as they say, in the past, it used to be worse.

“There is something beautiful about this that we can see in the life of the saints, it’s the only one that we can trust, and who will not disappoint us, is Christ.

“Claret knew that. That’s why he wanted to be a great apostle on behalf of Jesus.”

What a Claretian Learned From the Story of His Founder

Speaking for himself, Father Macias says, “What I learned myself [from the movie] was, first of all, to have hope, to believe that God is at work even in the midst of all that.

“And then knowing that being a saint doesn’t necessarily mean that you have a perfect life, but actually you can be a saint even from the darkest points of our lives. So, as a Catholic, it just inspired me a lot.

“And, of course, as a Claretian, I was in tears. … We choose to be Claretians, because we believe in him. We want to make sure his dream continues becoming true in this time and age.

“Whether we’re kings or slaves, we’re God’s. … I love how Pablo encompassed, in two hours, all this reality, making it flow, and we hope that it will produce the same things in whoever sees the movie.” 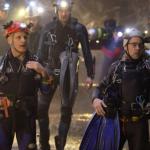 July 27, 2022
'Thirteen Lives': A Multinational Miracle in Defense of Life in a Thai Cave
Next Post 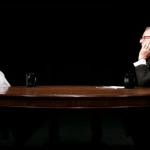 August 27, 2022 Has 'Padre Pio' Star Shia LaBeouf Actually Converted to Catholicism? Not Quite.
Recent Comments
0 | Leave a Comment
"Now I highly doubt if Irene is even his daughter or like someone else's daughter ..."
Grimm_Persona ‘The Chosen’ Season 3: The Taxman ..."
"y'know... even if she IS blind... her sister isnt, and him saying that should have ..."
Sunses ‘A Gipsy Christmas’: House of the ..."
"Sure. I have read a couple of books on the early days of the NFL. ..."
Jim Dailey The Catholic Roots of the NFL: ..."
"This is about the roots of the NFL, which date back to the '20s. So, ..."
Kate O'Hare The Catholic Roots of the NFL: ..."
Browse Our Archives
Related posts from Kate O'Hare's Pax Culturati