My own parish priest, a Los Angeles Rams fan, jokingly referred to Super Bowl Sunday as “a holy day of obligation,” and that’s what it feels like for many Americans.

As we hit #AmericanFootballDay on Nov. 5, about halfway into the current NFL season, Catholic viewers may not realize how much their fellow believers have been involved in the history and success of American football.

Here are just a few Catholics without whom the modern NFL might not exist.

The winner of the Super Bowl gets the Lombardi Trophy, named for one of football’s most beloved figures — and a devout son of the Church.

Born into a Catholic family of Italian descent in Brooklyn in 1913, Lombardi, a lifelong daily Mass-goer, attended high-school seminary with thoughts of the priesthood.

But after faith and family, Lombardi’s love was football.

He’s best known for his nine years as coach of the Green Bay Packers, which he led from ineptitude to domination in the 1960s, including winning the first two Super Bowls.

Have a look at this 1979 ABC tribute to Lombardi, featuring legendary sportscaster Howard Cosell:

Born in 1887, Irish-American Catholic Tim Mara became the founding owner of the New York Giants in the 1920s and was one of the founders of the National Football League.

I can’t really describe him better than the New York Times Magazine did, as quoted in IrishAmerica.com:

When Mara died, The New York Times Magazine noted: “He had an earthy, pug-nosed Irish face and an authentic New York accent, of the kind you hear now only in movies from the ’30s and ’40s.

“He was a Catholic who attended Mass daily and fathered 11 children. And as his eulogists kept pointing out, he was the last of the old-school sports-team owners, a throwback to football’s leather-helmet era.”

He was also a bookmaker and a regular at the Saratoga Race Course in my former town, Saratoga Springs, New York.

John K. Mara, a grandson of the original, is currently the president, CEO and co-owner of the Giants.

Click here for a profile of Tim Mara in the New York Daily News, and here for a video profile, created as part of the 100th-anniversary celebration of the founding of the NFL on Sept. 17, 1920, in Canton, Ohio.

And here’s a tribute from the Pro Football Hall of Fame:

Rooney was born in 1901 in Coulterville, Pennsylvania, to descendants of Catholic emigrants from Ireland. An Olympic-qualifying boxer who had ownership in several sports venues and pro teams in the Pittsburgh area, Rooney became the founder and owner of the Pittsburgh Steelers in 1933.

In 1968, the Steelers running back was drafted to fight in Vietnam, where he was injured in 1969 (for which he was awarded a Bronze Star and Purple Heart).

Bleier’s future looked bleak, until, as reported at the website of Catholic organization Legatus.org:

While Bleier was undergoing treatment for his injuries in Tokyo, doctors told him it would be “impossible” for him to play football again. But soon he received a postcard from Art Rooney, owner of the Pittsburgh Steelers: “Rock, the team’s not doing well. We need you. Art Rooney.”

With several surgeries and a long rehabilitation ahead of him, Rocky was determined to “fight back” and return to the gridiron, even in the face of near-unanimous skepticism.

Rooney’s faith in Bleier was rewarded, as Legatus.org further reports:

Perhaps his greatest moments came in Super Bowl XIII against the Dallas Cowboys, when he caught a second-quarter touchdown pass from quarterback Terry Bradshaw and later recovered the Cowboys’ last-minute onside kick attempt to seal the 35-31 victory.

The Rooney family was Catholic, as was Steelers head coach Chuck Noll, which gave a certain ethos to those years in Pittsburgh.

“There is a certain belief foundation of doing what is right that prevailed,” Bleier said of the Steelers organization in the 1970s.

“No one wore their religion on their sleeves, but it made it easier to feel a part of the family.”

Art Rooney’s son Dan went on to run the team and be the U.S. ambassador to Ireland. He passed away at 84 in 2017, remembered by the people of Pittsburgh for his accomplishments and his Catholic faith.

Dan’s son Art Rooney II continues as the president of the Steelers and one of the owners.

Below is a video tribute to Rooney. It includes a brief shot of the 1972 “Immaculate Reception,” in which rookie Franco Harris scooped up a ball (which is generally, but not universally, believed to have not hit the ground nor another player first) and ran it in for a game-winning touchdown (click here to watch it).

BTW, that name is indeed a play on the Immaculate Conception, the Catholic dogma that Mary was conceived without Original Sin. Team lore has it that a fan came up with the phrase, and it later caught fire in the press.

Known affectionately as “Papa Bear,” Halas was born in Chicago in 1895 to a Catholic family of Hungarian immigrants (former Miami Dolphins coach Don Shula was also a devout Catholic with Hungarian roots).

Halas founded the Chicago Bears in 1920, and the team stands as only one of two original franchises from the NFL’s founding (the other being the former Chicago Cardinals, now in Arizona).

His grandson, Pat McCaskey, a Bears board member and vice president of special projects, described Halas thus in the National Catholic Register:

My grandfather played football, basketball and baseball for the University of Illinois. He played briefly for the New York Yankees and then transitioned back to football.

He was a player, coach and executive for the Chicago Bears, and then in 1932 he became sole owner. He was a six-time NFL champion as head coach — not to mention two more just as an owner — and still has the second-most head-coaching wins in NFL history.

More importantly, he was a deeply Catholic man. He went to Mass on Sundays, even when games were played that day, and he also went to confession on Saturdays.

He had a son, George Jr., and a daughter, Virginia, who is also my mother and the mother of my seven brothers and three sisters. I wrote a book about this and related things with Mike Sandrolini in 2009 called Bear With Me.

Halas’ daughter, Virginia Halas McCaskey, also a strong Catholic, is the principal owner of the Bears. At 95, she is the oldest owner in the NFL (and all other major-league sports in the U.S.).

She was responsible for a chapel being added to Halas Hall, the Bears’ headquarters, believed to be the only one in an NFL facility.

And, last but not least, the story of a play whose nickname has gone into the lexicon as the synonym for a last-ditch effort.

Dallas Cowboys quarterback Roger Staubach — who is, as he says, a “Catholic kid from Cincinnati” — said a quick prayer to Our Lady before making a seemingly impossible 50-yard touchdown pass against the Vikings in 1975.

The NFL won’t let me embed the video, but just click here to watch the tale, in the words of Staubach, his family and teammates.

And what about my own team, the Seattle Seahawks? From a 2015 article at TrentonMonitor.com:

When the Seattle Seahawks step onto CenturyLink Field, the fervor of the “12th Man” may cause small earthquakes. But for 12 years, Father Tom Belleque made sure the team’s Catholic members also had the force of their faith with them on the field.

That’s because Father Belleque celebrated Mass for Catholic Seahawks players and coaches the night before every home game. “When I first went in I thought, ‘Oh, I can work that into my schedule, a Mass,'” he recalled of juggling being pastor of St. Louise Parish in Bellevue, Wash., with the Seahawks commitment. …

Of those guys, Willson is retired but still in the Seattle area; and Dan Quinn is now with the Cowboys. But Yanchar, McPherson and Schneider remain with the team.  Oh, and CenturyLink is now Lumen Field.

I don’t know the religious backgrounds of all the current Seahawks, but I do know that our kicker, Jason Myers, is Catholic, having graduated from Mater Dei Catholic High School in Chula Vista, California, and Catholic Marist College in Poughkeepsie, New York.

Reprinted with permission (and edited from the Feb. 7, 2022, original) from the Faith & Family Media Blog. 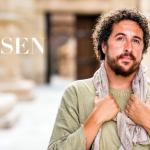 November 1, 2022
'The Chosen': Jordan Walker Ross, Who Plays Apostle Little James, on Acting, Life & the Dallas Cowboys (Not Necessarily in That Order)
Next Post 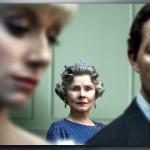 November 12, 2022 Fiction vs. History & Duty vs. Self in 'The Crown': That Valet, and That Diana Interview
Recent Comments
0 | Leave a Comment
Browse Our Archives
Related posts from Kate O'Hare's Pax Culturati